Ralph Lauren plans to use its 2020 Summer Olympics apparel line to spotlight some of its latest sustainable innovations and investments.

The official outfitter of Team USA since 2008 unveiled its Closing Ceremony uniforms and apparel collection for the 2020 U.S. Olympic and Paralympic Teams Wednesday.

Ralph Lauren joined companies like Allbirds in investing in a material science startup by the name of Natural Fiber Welding (NFW) last year. As part of its investment, the company planned to help scale NFW’s recycled fiber material Clarus. The Olympic collection will include another of NFW’s innovations, Mirum, an alternative leather material made from plant-based materials and agricultural byproducts. 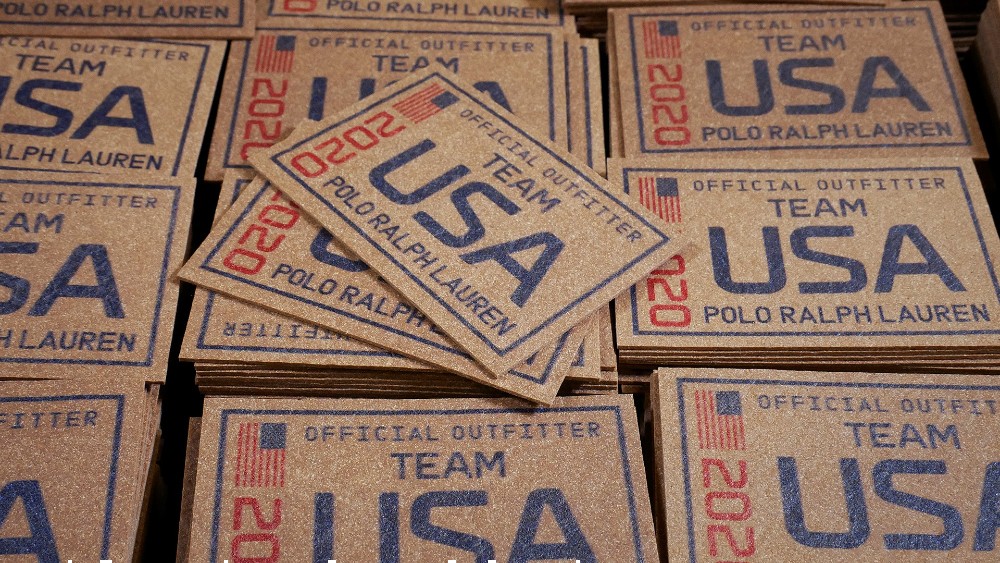 “Following a year marked by isolation and strife, this summer’s Games are a true testament to the resiliency of the human spirit and the universal power of sport to energize and unite the world,” David Lauren, chief innovation and branding officer and vice chairman of the board, said in a statement. “As we come together to celebrate and compete, we must also embrace our responsibility to protect the planet we all call home. As part of this, we are proud to continue to invest in and scale sustainability innovations—dressing our nation’s best and brightest athletes in timeless clothing that has been consciously created.”

While Ralph Lauren is touting the sustainability of Team USA’s apparel, the International Olympic Committee (IOC) has been addressing concerns over the sourcing of its uniforms. In 2019, the IOC awarded a Chinese textiles company that openly uses Xinjiang cotton a contract for the Tokyo and Beijing Olympics. Hengyuanxiang Group, which was a sponsor of the 2008 Beijing Olympic Games, would supply uniforms such as those worn in ceremonies or by IOC staff.

The IOC has told Axios the cotton used in the production of the Olympic uniforms will not originate in Xinjiang. In several listings on e-commerce platforms such as JD.com and Taobao, however, Hengyuanxiang Group, which has an affiliated factory in Xinjiang, labels numerous products as containing Xinjiang cotton.

Additionally, as tensions rise between China and the U.S. and its allies over what has been called “genocide” in Xinjiang, rumors have begun to circulate over whether the U.S. and other countries may boycott the 2022 Winter Olympics in Beijing.

The U.S. State Department spokesman Ned Price, speaking with reporters last week, described a joint boycott as something the government would wish to discuss. “A coordinated approach will not only be in our interest but also in the interest of our allies and partners.”

“We’re talking about 2022, and we are still in April of 2021, so these Games remain some time away,” Price added. “I wouldn’t want to put a time frame on it, but these discussions are underway.”

A senior State Department official, however, subsequently told CNBC that the U.S. had not “discussed and [is] not discussing any joint boycott with allies and partners.”

As calls to snub next year’s events grow—a February letter warning leaders the Beijing Games would “embolden” “appalling rights abuses” was signed by more than 180 campaign groups—businesses may face a difficult decision next year. Political risk consultancy Eurasia Group noted that those that do not boycott the Games could face reputation damage in Western countries, while those that do could lose access to a lucrative, growing market.