Fashion has been missing the mark in manifold ways over the years, but namely in its unrelenting endeavor for profits over all else—and at all costs.

It’s an ethos that’s rotting in a world now riddled with disease that has impacted both health and welfare, and exhumed fashion’s deep-seated disregard for those further upstream in the supply chain, and for the environments they live in.

The world, by too many accounts, is on fire.

When Rebecca Henderson, distinguished Harvard Business School professor and author of the new book, “Reimagining Capitalism in a World on Fire,” hit on the title, it was fitting. Now, amid a pandemic that has turned so much upside down, it’s even more so.

“When I submitted my manuscript, we’d seen the fires in Australia and in California, and I was expecting the fire we’re seeing now,” she told Sourcing Journal. “It seemed to me that we were putting enormous stress on our society, that capitalism wasn’t working for everyone, and that very significant numbers of people felt excluded and angry.”

That stress, compounded by a global pandemic and an outcry against systemic racism, has broken a straw in fashion’s back, and the only way forward is to effectively draw social purpose into the fold. And, anticipating the C-Suite’s collective shudder at shifting away from a tunnel vision centered on capital, Henderson said a focus on purpose does not have to de-emphasize the importance of profit.

For many years, according to Henderson, who will give the keynote at Sourcing Journal’s Fashion’s Business Model for Sustainability next month, many businesses have had the luxury of putting their heads down and driving their energy into running a great business, satisfying customers and delivering returns on investment. Now, however, they’ll have to do more than that.

“I think what the pandemic is really highlighting is that business has a bigger job,” Henderson said. “I’m totally on board with giving a good return to investors, but that’s a means to an end. The end is building a thriving and prosperous society, and business now has to be aware of all the ways in which it interacts with that broader society, and really begin to think seriously about how it can make a difference and move us in a more productive direction.”

In fashion, that will mean not pushing supply chains to the brink. Not demanding so much of factories that they’re forced to cut corners for the sake of their livelihood. Not chasing the cheapest needle and then, upon finding it, not leaving it for dead in the midst of a demand crisis that still doesn’t absolve a buyer from its commitment to a supplier. It will mean giving a garment worker as much consideration as a shareholder.

“Everything we think we know about how you run what’s sometimes called a ‘high road production system’ when people are paid well, treated with dignity and respect and really engaged in their work, is that you really need to skill the supply chain, you need to work hand in glove with your suppliers, and that’s been historically very hard to do,” Henderson said. “I think the industry has the opportunity to really rethink what it’s about.”

Reimagining fashion in a world on fire will be about giving value a new definition that embraces purpose and accounts for profit without solely exalting it. It will mean reimagining how we define a sustainable business. 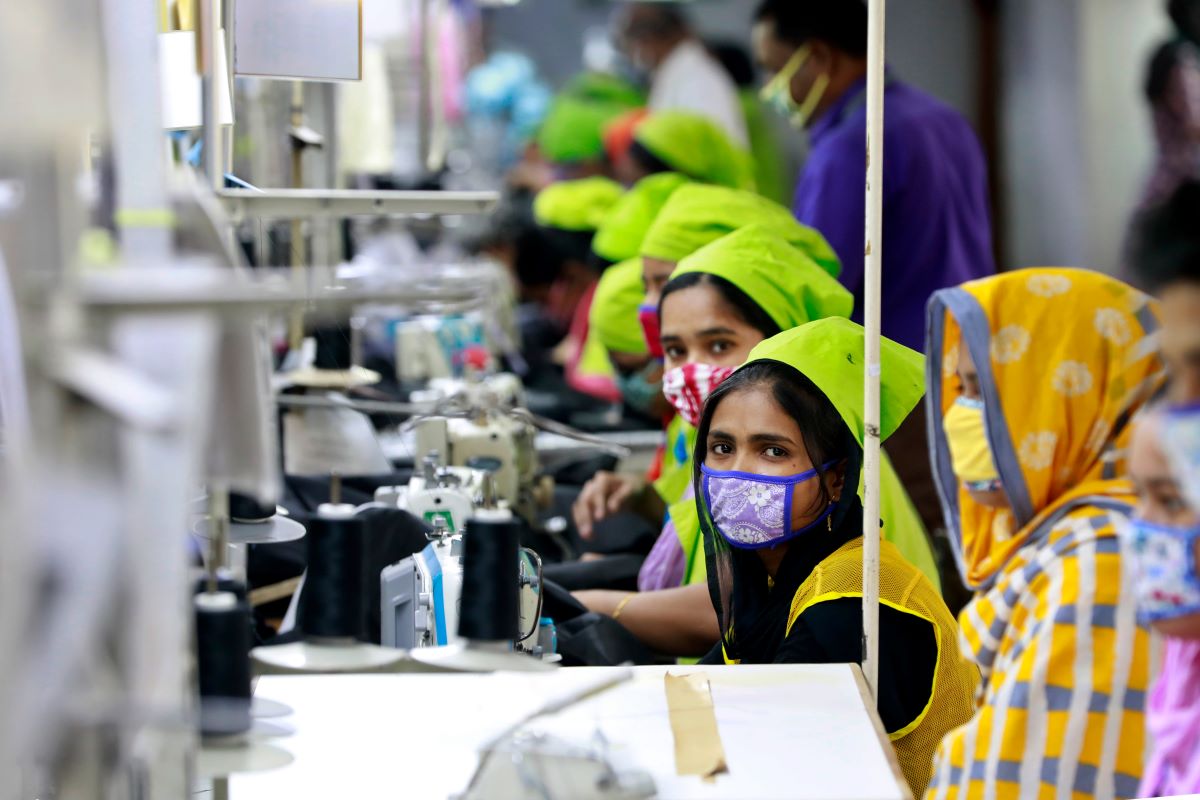 “In our current situation, simply putting your head down and maximizing shareholder value no longer maximizes global prosperity and is leaving an increasing number of people on the sidelines. So for me, the sort of deepest values of capitalism require rethinking,” she said. Businesses will have to make new choices about what they will emphasize, where they will put their energy and which risks they’ll be willing to take. “When a firm is more explicit about its purpose, it’s not saying ‘my purpose is more important than profit, at least in the long term.’ What it’s saying is, ‘I’m going to be careful how I make that profit and I am going to be willing, sometimes, to make investments now for profits later…and that there are things I will not do, things I chose not to do because I think they don’t align with the purpose.’”

Drawing on what she called “an increasingly persuasive” body of academic research, Henderson said if companies can persuade their staff and their consumers alike that they’re serious about trying to do things differently, with purpose at the core, the efforts will ultimately prove to boost the bottom line.

“If you’re really authentically purpose driven…you can see an increase in productivity and innovation and in commitment, people get very excited when they think their job is likely to make a difference in the world,” she said. “And that gives you some of the leeway you need to put purpose sometimes in front of profit.”

For brands and retailers able to evade the Bankruptcy Reaper, the pandemic may finally be the event that forces the reality of supply chains’ vulnerability to the fore and compels companies to invest in greater resilience against environmental shocks, unforeseen occurrences and other long overlooked links in the supply chain.

“I hope that there’s some thought that we need to build a more resilient society, that having people who operate right at the edge of subsistence is very destructive, not only to them, but to us,” Henderson said. “In a reimagined capitalism, business has a purpose that is directly linked to increasing the health and well-being of the society, and understands that it has an important role to play in building the institutions that keep capitalism in balance.”