Parade will let U.S. customers return clean, used underwear from any brand in exchange for a 20 percent discount on their next purchase, it revealed Tuesday.

To participate in the Second Life by Parade program, consumers need only visit the company’s website and request a free biodegradable bag and prepaid shipping label. Parade does not lay out any specific guidelines on the number of items someone can or must send in, but advises participants send back as many pairs of underwear as can fit in the package to reduce the carbon footprint of the shipments. Each bag can hold up to 10 3XL pairs of underwear, it said. With the help of Parade’s recycling partner TerraCycle, these items are eventually turned into new products, like insulation, furniture and bedding.

“Since the beginning of Parade, we’ve been focused on building a sustainable company,” Kerry Steib, Parade’s head of impact and communications, told Sourcing Journal. “We started with certified-recycled materials in our products, but always knew that we wanted to launch a program that addressed our product’s end-of-life.”

Steib said Parade had been hearing from its customers “along the way” that they desired a way to get rid of their old underwear sustainably. “We looked at the overall underwear industry and realized that there were limited options to throwing your underwear out—you can’t thrift it or resell it,” she added.

Like Lilysilk, Carter’s and Teva before it, Parade partnered with the waste management company TerraCycle. The recycling specialist operates across 21 countries and has helped develop similar programs for a number of big-name brands, including Hasbro, Arm & Hammer and Gerber.

Report: Potential for Recycling Textiles in Europe Is Huge

“This launch provides consumers with the opportunity to responsibly recycle their used intimate apparel and ensure that it is diverted from the landfill,” Tom Szaky, TerraCycle CEO and founder, said in a statement. “Together with Parade we are providing an end-to-end recycling program that will make it easier for consumers to mitigate their carbon footprint and have a positive impact on the environment for future generations.”

For now, the program is available only in the U.S., but Parade plans to expand to Canada and other markets “soon.”

“Launching Second Life by Parade is a big focus for us and you’ll see that reflected across our entire company,” Steib said. “From activating our community members to creating content across our social channels, we’re excited to bring this program to people everywhere who are looking for a sustainable way to recycle their underwear.”

Parade plans to release goals in line with the Science Based Targets initiative “in the coming days,” it said. Currently, it estimates it is on track to become carbon neutral by the end of this year and “carbon positive” by 2025. Its ongoing efforts around sustainability include using recycled fabrics in products, shipping via recycled and recyclable packaging and donating 1 percent of its profits to charitable organizations.

Elsewhere in intimates, Andie announced last month an $18.5 million Series B financing round led by Marcy Venture Partners. CityRock and Gaingels, both of which participated in the company’s $6.5 million Series A round, were among the other names that joined in.

Andie, which launched its first retail pop-up in West Palm Beach, Fla., this November, said it will use the new capital to expand its omnichannel distribution, as well as its international presence. In mid-December, the brand estimated it had seen 100 percent year-over-year growth from 2020 to 2021. In Australia alone, it claimed sales rose 500 percent.

“We resonate with Andie’s brand values of inclusivity, empowerment and sustainability,” Larry Marcus, co-founder and managing director of Marcy Venture Partners, said in a statement. “We are happy to be backing Melanie and team as they continue their growth and innovation of their highly customer centric brand.” 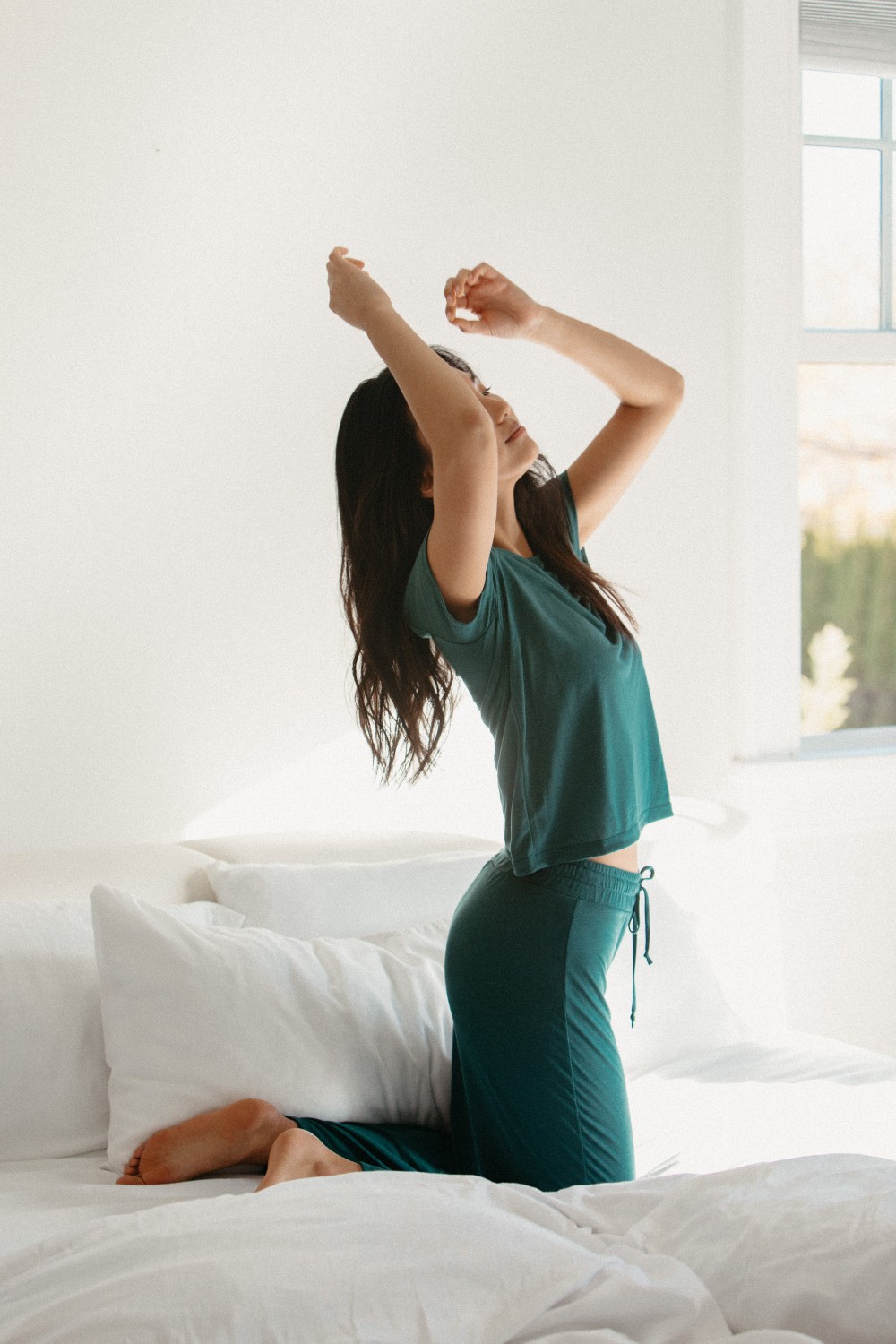 Begun as a swimwear brand in 2017, Andie expanded into intimates last year. Last month, it entered a third category, loungewear. Sourced and produced in the U.S., the inaugural Andie Lounge collection features a “buttery soft” fabric that is 50 percent bamboo and 50 percent recycled polyester. Priced between $45 and $65, the line includes a classic tee, a scoop tank, a wide-leg pant and shorts.

“We’re committed to continuing to be a source of comfort for women as we enter new categories,” Melanie Travis, founder and CEO of Andie, said in a statement. “This has been an extremely high growth year for the brand and this funding will fuel our next stage of growth as we continue to bridge the gap between swim, intimates and loungewear, as well as hone our omnichannel retail strategy, meeting our customers wherever they are.”