Like the proverbial tree falling in a forest, a company’s sustainability efforts may not make noise without the right observation.

Oregon-based farming group Shaniko Wool Company has launched an initiative that scientifically measures its producers’ carbon sequestration through a combination of soil and bio-based sampling, laboratory analysis and modeling. Aside from improving transparency and backing up its ranchers’ existing work in land management, the project aims to provide added value to the farmers and American-made wool as a whole.

“Many have been focused on improving sustainability, but typically ecosystem impacts haven’t been measured,” said Jeanne Carver, founder of Shaniko Wool Company. “This initiative has the potential to add market value in a significant way, which is difficult to do with textile margins.”

Carver and her husband Dan have owned and operated the Imperial Stock Ranch in Oregon since the 1980s. Originally established in 1871, Imperial has been a supplier to brands such as J. Crew and Patagonia, and has also provided American-made wool to Ralph Lauren for the U.S. Olympic team uniforms. In 2016, Imperial became certified under Textile Exchange’s Responsible Wool Standard (RWS), which audits the welfare of the sheep and the lands on which they graze.

In an effort to expand RWS-certified wool production in the American West, Carver founded Shaniko Wool Company in 2018. Named for the ghost town of Shaniko, Ore.—the former “wool capital of the world”—the group currently counts three ranches in its group, and the company plans to add more certified ranches as it takes on more brand partners.

By managing their vast tracts of land and leveraging the natural photosynthesis process, ranchers recapture carbon into the ground. Roughly 50 percent of the weight of wool is carbon, so the fiber itself also acts to sequester CO₂ from the atmosphere.

Despite the third-party verification through the RWS, Carver found that efforts to promote soil and land health were still being called into question. “We knew we were making a positive difference by increases in yields, grazing capacity, erosion reversal and things we could see everyday like numbers and location of wildlife, plant species and total ground cover,” said Carver. “But for many, only measurables count.”

Building on its auditing, the group started its carbon capture-measurement project in 2020. The Shaniko Wool Company Carbon Initiative calculates yearly amounts of carbon banked, using it as a key performance indicator. According to conservative scientific estimates, Shaniko’s three ranches pull 660,000 tons of CO₂ from the atmosphere each year. The data gleaned will be used to calculate each ranch’s net carbon budget, and will help Shaniko make future business decisions that will have a positive carbon impact.

“This is a logical next step to actually verify our impacts and bring the potential to add economic value to ranchers,” Carver said. 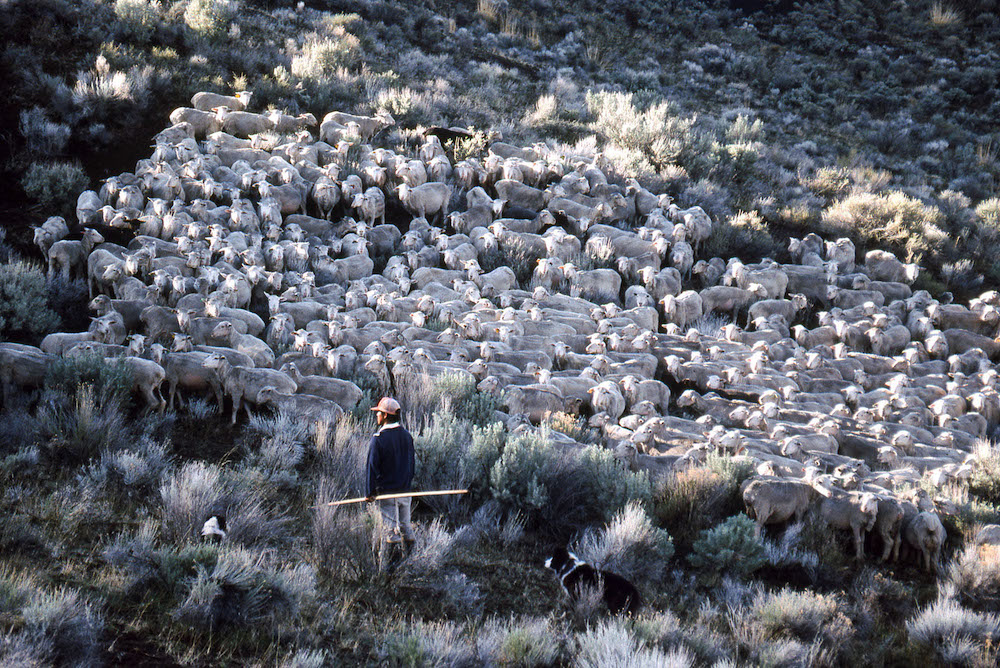 As the fashion industry works toward net-zero targets, putting a value on agricultural carbon capture could also open the door for brands to buy offsets from companies they source from. Oregon is currently working on legislation that would allow for the sale of offsets tied to agriculture in its state. However, Carver noted that the biggest hurdle with this project is the lack of a mature carbon market in the U.S.

Generating value for farmers will also come down to consumer education, including raising awareness about paying more for products with a positive impact.

“Consumers want to know what we’re doing today, to ensure the health of the earth,” Carver said. “They want good stewardship, and many people have the impression that you can’t produce agricultural commodities in a sustainable or regenerative way. We believe you can produce harvests in a way that leaves the land better.”

What’s the most important issue the fashion industry has yet to address?

“I’d like to see more companies make the step of investing locally, regionally and domestically for production, and that includes for the source of their fibers. For many, it’s still a token effort, and we believe it’s a key to transparency and building loyalty. Partners like us can make a valuable contribution in authenticity to a brand’s story, as well as lift their carbon footprint.”

Sourcing Journal’s Sustaining Voices celebrates the efforts the apparel industry is making toward securing a more environmentally responsible future through creative innovations, scalable solutions and forward-thinking initiatives that are spinning intent into action.

See more of our Sustaining Voices honorees and their stories, here.