The fashion industry has long been reliant on exclusivity and cachet to drive desire and bolster its bottom line. But in the process, the sector has overlooked a multitude of shoppers who don’t fit into its archaic framework for the ideal consumer.

Over the course of the past year, brands have had to confront their missteps and reevaluate their raisons d’etre. They are examining the often inadequate breadth of their size ranges and taking stock of the diversity of their boardrooms and overall workforces. Still, a fashion industry that is truly inclusive feels far flung from the current reality—especially for disabled shoppers whose needs have for so long gone unmet.

The challenges inherent to creating adaptive apparel are real and complex, according to Emma Butler, founder and CEO of Intimately, an online marketplace for adaptive intimates. Butler, whose mother was diagnosed with fibromyalgia, noted the dearth of options built to suit her needs at retail—a truth that proved both frustrating and painful over the years.

“We would shop together, and she would look for disability-specific clothing or Velcro closures,” she said. “There was no word for adaptive apparel at that point, and all she found were ugly, medical looking options,” an experience Butler’s mother characterized as “dehumanizing.”

“That experience always stayed with me,” she added.

During her design studies at Brown University, Butler began internalizing the experiences of other disabled friends, along with those battling chronic illnesses. “I learned that these women all had the same problems that my mom had with clothing,” she said—especially intimates, like bras and underwear.  “When I met other women who really couldn’t get dressed independently, or couldn’t wear certain things, or were limited in the shops that they could shop at, that’s what it really kind of pushed me to think more critically about it.”

The issue crystalized for Butler in 2017, when industry heavyweights like Tommy Hilfiger, Zappos and Target began launching their own adaptive apparel selections, but largely neglected to address the issue of undergarments. “I thought, ‘This is a perfect place for me to start,’” she added.

While still in school, Butler bootstrapped the launch of the Intimately retail site, buying up adaptive undergarments from small, mom-and-pop wholesalers and storing the goods under her dorm bed. “It was so difficult to find these brands—you would find one bra on the 80th page of Google search results,” she said. “Then you’d have to start the search again with underwear.”

Butler was attempting to create a one-stop shop for disabled or chronically ill consumers. She hoped to replicate the experience of “able-bodied folks who can go to Victoria’s Secret or Third Love and get their underwear and their bra in the same purchase.”

After a year in business, Intimately came away with one key learning: shoppers wanted more options. According to Butler, Intimately consumers wanted sexier lingerie with greater functionality in a wider array of sizes. They also hoped to see these products at an approachable price point.

Bras made by intimates brand Elba on the Intimately site will run shoppers $60, she said by way of example. “That’s because of technical features like magnets”—which are commonly used to secure bra closures—“and the way they’re produced in a small-batch factory,” Butler said. Few suppliers have the expertise or the desire to manufacture adaptive intimates, she added, making it challenging and costly for brands to bring their creations to life.

After gathering insights about the space, Butler decided to take on the challenge of launching an in-house brand to address shoppers’ callouts. She relocated to Paris, where many of the world’s premier lingerie makers reside, and began scouting a development partner willing to help her craft a line of adaptive bras.

“I wanted to get the best designers that were going to help me make the most fashionable, technically advanced bras,” she said, noting that U.S. apparel manufacturers don’t have the capacity to produce the supportive, molded-cup styles that many shoppers crave. “I knew that I didn’t want to just do bralettes, because women of all sizes need support.” 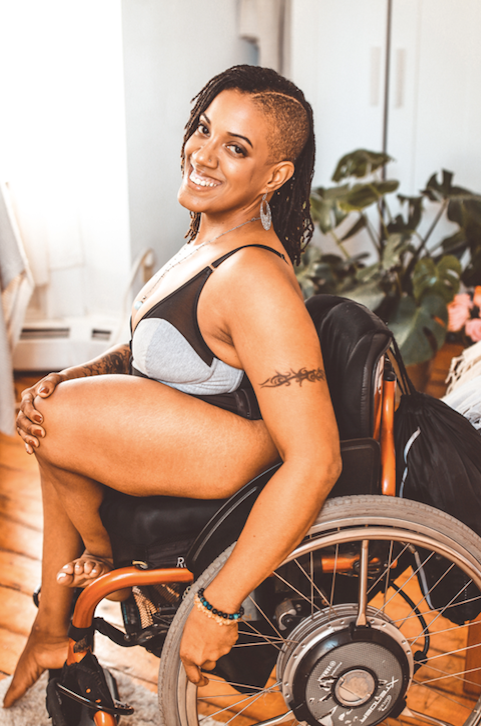 While Paris may be a lingerie mecca when it comes to design, Butler has had to produce the brand’s first range of products in Bali and Vietnam—both sourcing locales well-versed in the production of undergarments and swimwear—due to cost. She has also faced challenges with communicating the intricacies of these products to suppliers, who are dubious of a newcomer to the space trying to reinvent the staples they’ve been making for years.

“Not only does it take a lot of R&D up front, but you have to make sure you’re talking to the consumers and really understanding what they want,” she said. “Once you get over that hurdle, you face another one trying to work with manufacturers who have never thought about adaptive apparel before.”

“That’s definitely the hardest part for Intimately right now,” Butler added, noting that the research and development process has been long and sampling has been costly. “It could be that something was sewn in wrong, and you have to pay a revision fee for the sample,” she said. “Or, it could be that the magnets we ordered weren’t strong enough to stay closed, or the fabric wasn’t strong enough to support the magnets.”

“It’s been a long, long haul with manufacturing,” she added, noting that she believes the process of developing such products with a supplier is “one of the big barriers to entry for brands entering the space.”

Intimately’s in-house range of six bra and underwear styles is scheduled to drop later this spring, and Butler remains overseas to scout new materials and suppliers for the brand’s second, more robust line of bras using a newly developed patent-pending closure technology. The founder is also drumming up a first round of funding from venture capital groups and angel investors in the e-commerce and technology space, which she will use to fund the line’s expansion. Butler said she is aiming to offer a more inclusive size range than any adaptive intimates brand on the market, as well as an array of nude shades to suit a variety of skin tones. 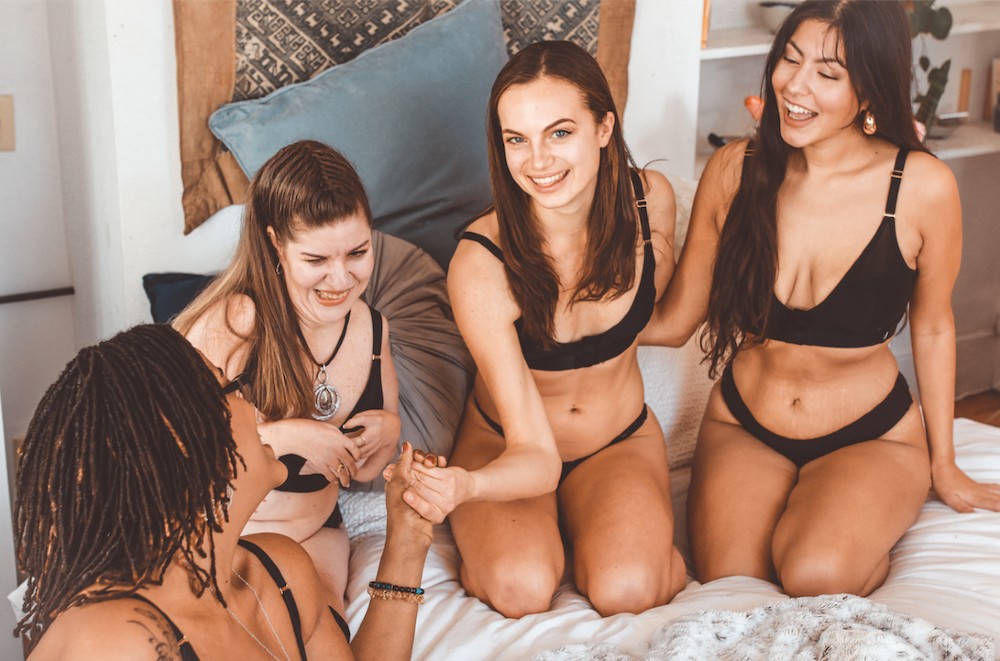 “Everyone said when I started this that starting a company for women with disabilities wouldn’t be VC-fundable, that it wouldn’t be a big business,” she said. “I think that’s real ableism. Six hundred million women worldwide have some sort of disability that affects the way they dress.”

The global adaptive apparel market is slated to be worth $400 billion by 2024, according to research from Coherent Market Insights. “It’s bigger than the teen market,” Butler added.

The company’s funding goals are now within reach, she added, having secured investments from a small cadre of backers convinced of her vision. Butler and her design team have also designed a capsule collection of apparel items including shirts, pants and jackets, which she hopes to release once the brand finds an adept supplier.

“We do want to be disruptive,” she said. “I want to make sure that this is big enough that if I have a daughter who has disability, she doesn’t feel the difference between shopping as an able-bodied woman or a disabled woman.”