The next season of Amazon’s fashion-design reality show will trade a view of the Eiffel Tower for L.A.’s laid-back vibes.

Arriving this summer, “Making the Cut” reunites hosts and executive producers Heidi Klum and Tim Gunn—both alumni of rival series “Project Runway”—on their quest to discover the next great fashion talent whose aesthetic and work ethic can build a global powerhouse brand on par with fashion’s marquee names. The winner who successfully navigates the design challenges thrown their way receives $1 million and the chance to design a line exclusively sold through Amazon Fashion, which will also mentor the “last designer standing.”

Since winning the inaugural season last year, designer Jonny Cota continues to replenish inventory and expand his Jonny Cota Studio storefront with Amazon Fashion, which is “thrilled to see his success.” The platform further elevated the designer by tapping him for a limited-time collection with The Drop, which typically recruits social-media influencers for fashion collaborations manufactured on demand. That move offers a glimpse into how Amazon can wield its formidable weapons across content, commerce and clothing.

Meanwhile, Klum, a Germany-born supermodel and Victoria’s Secret catwalker whose intimates label has been carried at Amazon and Selfridges, said she’s “excited to be in my hometown of Los Angeles with such a talented group of designers and judges for season two.”

“This last year brought so many unforeseen challenges across the globe,” she added, “so I feel grateful that we were able to safely film as Tim and I continue our journey to find the next great global fashion brand.”

The Amazon Studios production gathers a “diverse group of 10 talented entrepreneurs and designers” from across the globe competing to showcase their singular fashion points of view. Guest judge and supermodel Winnie Harlow, a familiar muse for Tommy Hilfiger and Puma, joins Klum and Gunn, along with CFDA-award-winning designer and Moschino creative director Jeremy Scott. Both of these style icons, Gunn said, offer a “unique voice and perspective to help us challenge these designers to sharpen their skills and get out of their comfort zones to become the next household names in fashion.”

The prevailing look from each episode will be manufactured and available for sale in Amazon Fashion’s “Making the Cut” store immediately after airing. The company says most looks from last season sold out in less than 48 hours.

Amazon declined to say if season two will follow last year’s inaugural format, which dropped 10 episodes on Prime Video in weekly installments in the immediate wake of coronavirus lockdowns. It did, however, note the challenges designers face in courting consumers who have spent the past year dressing down instead of up.

Plans for season two of the style-centric show come as Amazon Fashion named a new president, following Christine Beauchamp’s elevation to head of consumer categories for North America after three-and-a-half years at the helm.

Muge Erdirik Dogan, a seasoned, 13-year Amazon veteran who has led category, technology and operations teams, said she will tap into Beauchamp’s guidance and expertise “along with my experience in retail, technology, and innovation” to move Amazon Fashion forward as president. Experience with the baby and beauty categories at Amazon is likely to influence her tenure in its growing fashion business.

The executive shake-up arrives roughly six months after the tech titan debuted an invitation-only luxury platform courting premium brands eager to reach its massive and moneyed consumer base. Oscar de la Renta was the first to offer a collection on the app-first luxury store, with London-born model Cara Delevingne fronting a campaign promoting the launch. 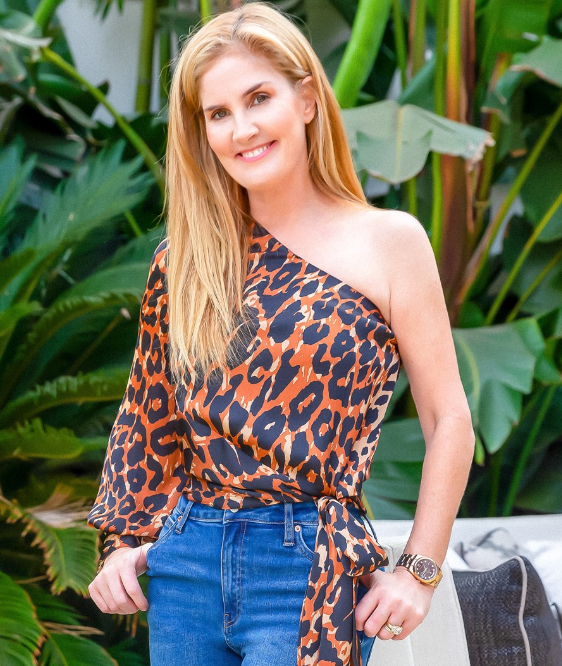 Amazon continues to spread its wings in fashion. For the penultimate drop on its influencer-led platform—which has a track record of teaming with 20- and 30-something Instagram stars—the e-commerce giant partnered with Mary Alice Haney, a Gen Xer who channeled her Parsons education and stylist career into a ready-to-wear label mixing “California ease” with “red carpet glamor.”

According to Amazon Fashion, the collection produced in collaboration with the designer of the eight-year-old Haney brand delivered bold prints inspired by the ‘70s and ‘80s. The drop, it added, was designed with Amazon’s “tens of millions” of “diverse, fashion-engaged” shoppers in mind. Though Haney commits to manufacturing in Los Angeles, Amazon Fashion followed its pattern of producing each drop with help from global suppliers.