The protests in Hong Kong have, rightly, captured the world’s attention. If the demonstrations provoke no small amount of anxiety for onlookers living abroad, the strain on the city and its residents is surely acute.

With streets getting closed and travel disrupted, businesses there will inevitably feel an effect. The world’s most famous luxury goods brands will not be immune. Hong Kong accounts for between 5 percent and 10 percent of global luxury sales, according to Luca Solca, analyst at Bernstein.

That shouldn’t be a surprise to any visitor. Luxury seems to be everywhere, from the vibrant Tsim Sha Tsui district, to the many big malls boasting everything from giant Louis Vuitton boutiques to top-end jewelers. Even with the opening of swathes of upmarket stores in mainland China, and the rise of Tokyo, Seoul and other rival destinations, Hong Kong remains an important center for wealthy Asian shoppers. 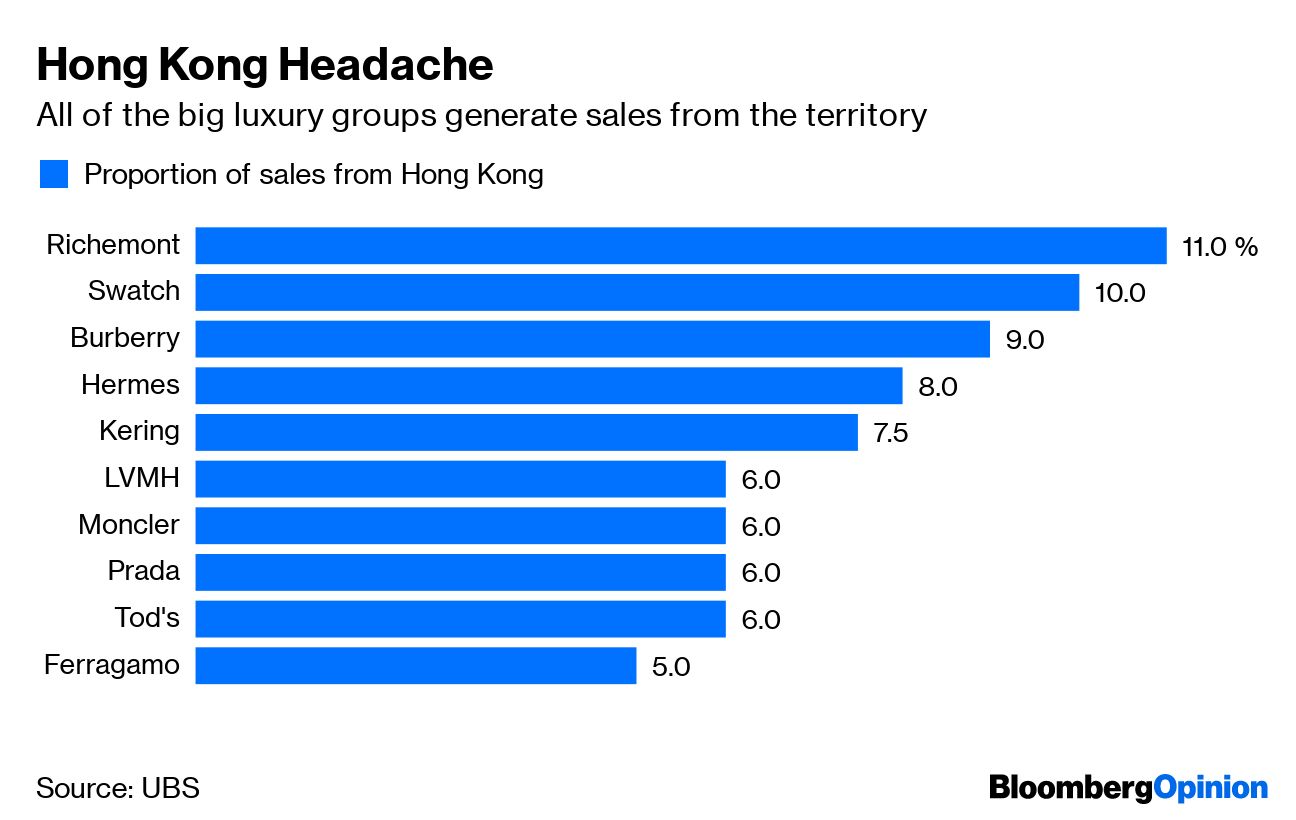 There will clearly have been a hit to footfall for many brands since the public outcry over a proposed extradition law first started earlier this month. Some locations closed, including the Pacific Place mall, where most of the big labels are represented. Even if stores were open, shoppers may have been deterred from visiting affected areas.

Of particular concern will be any impact on visits by Chinese consumers to Hong Kong. This is crucial for the industry, given that they account for a third of global sales. The longer the protests continue, the greater reason they will have to stay away. Further demonstrations are expected in the coming days, particularly around the anniversary of the 1997 handover to China on July 1.

Quantifying the financial impact on the luxury market is difficult at this point. But recent events may provide some clues.

Richemont said in January that the yellow vest protests in Paris had hurt sales in Europe in the third quarter of its financial year. The owner of the Cartier and Jaeger-LeCoultre brands had earlier noted that typhoons in Asia last September, which forced stores in Hong Kong to shut for a few days, contributed to a slow down in its sales in the region that month. 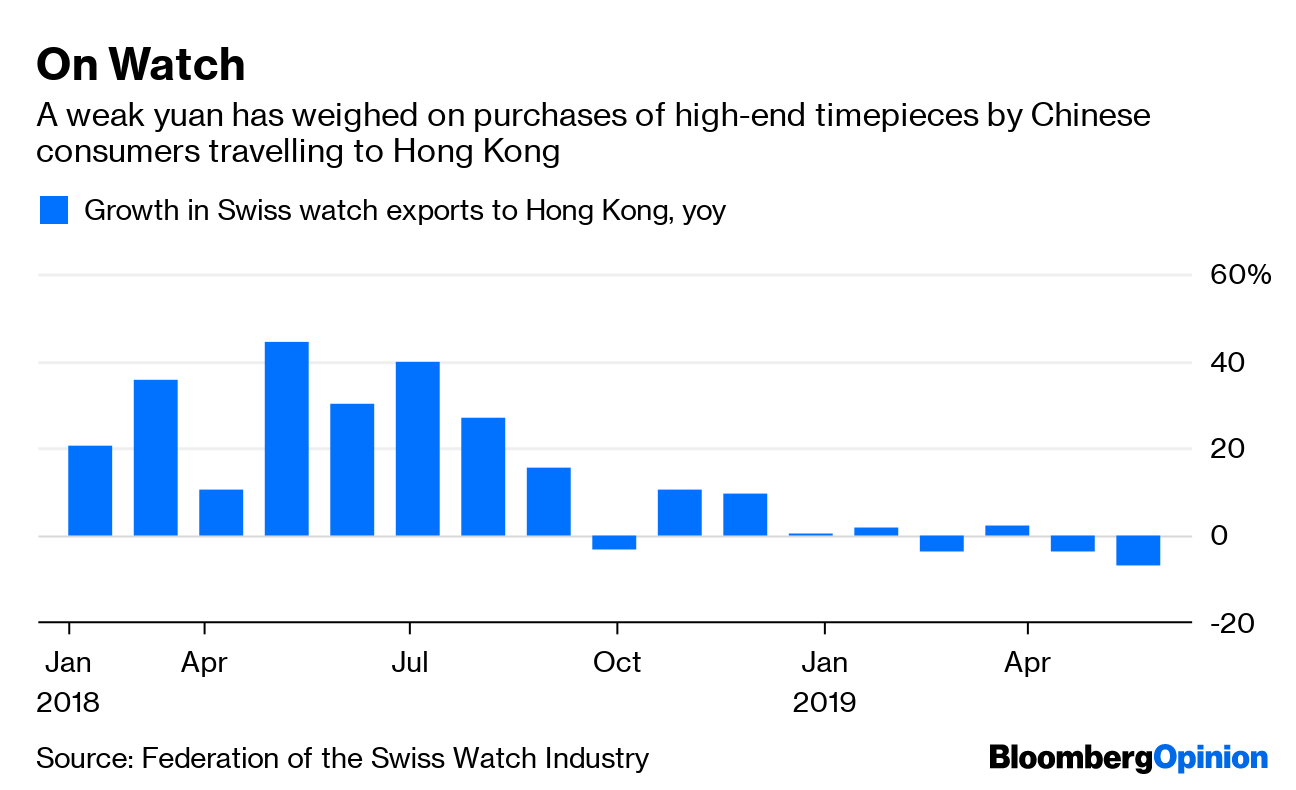 But they do offer some indication of the headwind luxury goods groups may face. While there is some potential to make up for any lost footfall, it is limited. 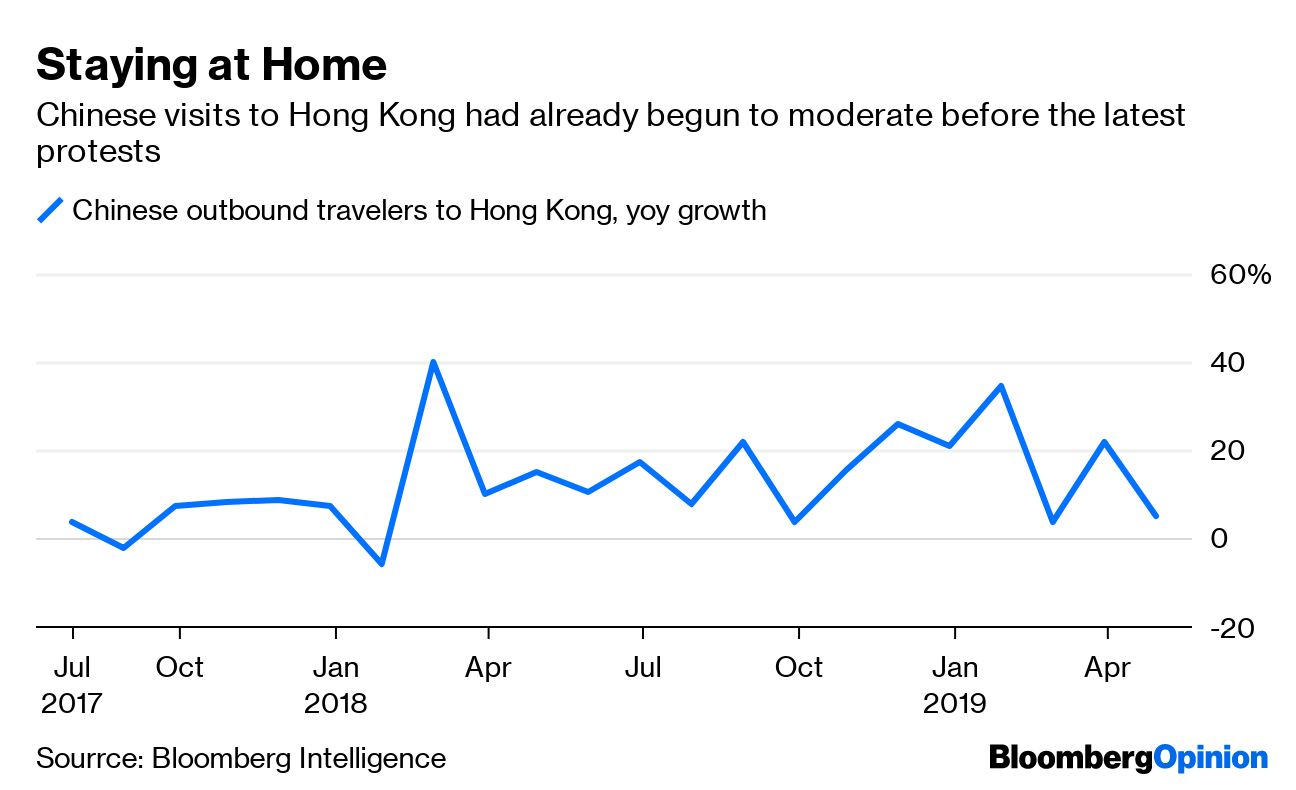 There is scope for spending in the region to simply shift to other locations. If so, luxury conglomerates LVMH and Kering will have the best defenses. Their diversified portfolios and extensive store networks give them a better opportunity to satisfy the demands of high-end customers. It also helps that LVMH’s Dior, and Kering’s Balenciaga are hot right now. And if Chinese consumers switch from large purchases to more affordable treats, sellers of premium cosmetics such as L’Oreal SA will also be well positioned.

The trend for Chinese consumers to buy at home has been gaining ground for a while now, and recent events may accelerate this further. The shift has been driven by a reduction in duties on domestic purchases, eroding the premium that shoppers traditionally paid.

Even so, Catherine Lim, analyst at Bloomberg Intelligence, says Chinese consumers may not be as extravagant at home as when they are travelling. On holiday, they may be more inclined to make impulse purchases.

But even if the all-important Chinese shopper can buy in other locations, the question is whether he or she will still want to. 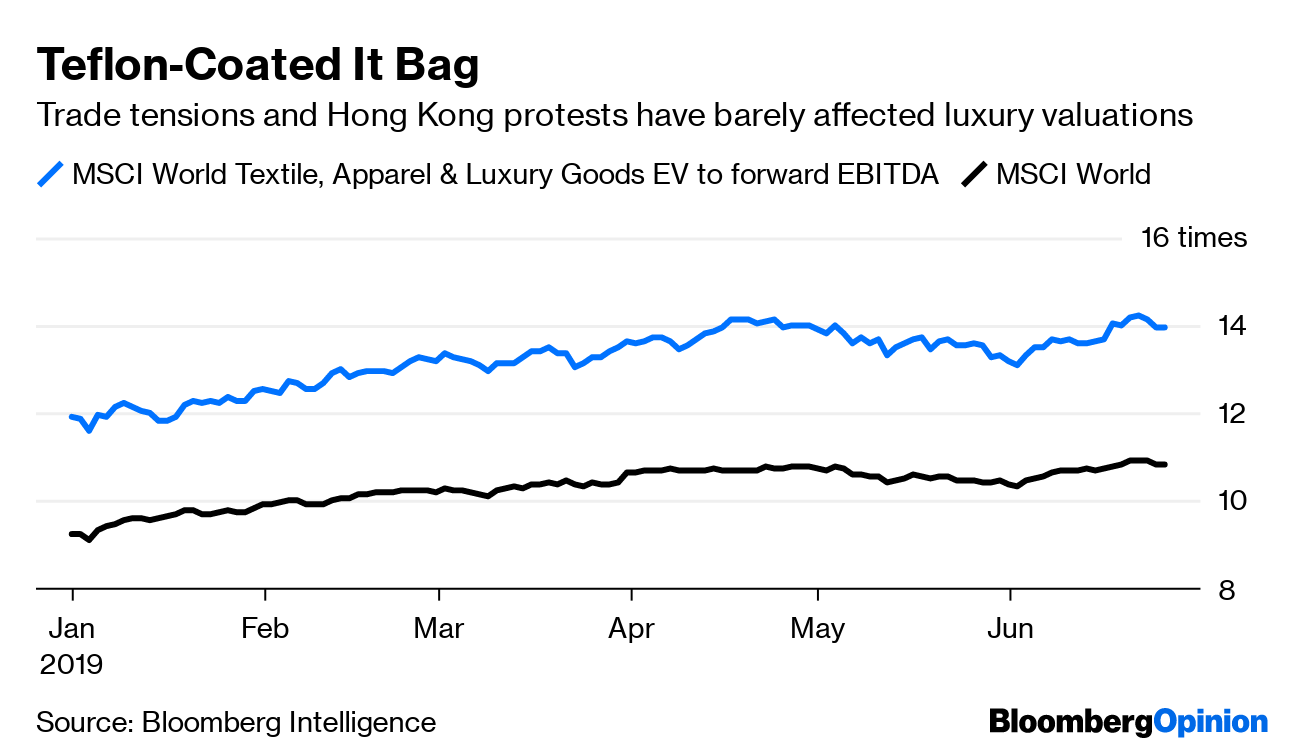 The Chinese economy is fragile, and could worsen for any number of reasons, including an escalation in the trade war. That could create a serious drag on spending at the top end of the market.

The luxury industry has so far withstood the U.S.-China standoff, and valuations have been relatively undisturbed.  Forthcoming second quarter earnings will show whether the potentially toxic combination of nervous Chinese consumers and disruption to one of their favorite shopping haunts was enough to undermine that resilience.