Though retail might be stalled, some brands and manufacturers have found themselves at the center of the COVID-19 crisis.

Swift Brands, a Los Angeles manufacturing group that provides supply chain and inventory management technology alongside its on-demand production capabilities, touts its ability to bring brands’ concepts from “design to doorstep” in as little as three days.

On-demand capabilities are the way of the future, CEO Chelsea Grayson told Sourcing Journal. A veteran of True Religion and American Apparel, Grayson experienced Swift Brands’ capabilities as a client before coming on board.

“I have the retail background, but I also have the crisis background, too,” she said, obliquely referring to the troubles that persisted in both businesses, which once enjoyed household name status.

Seismic shifts in the retail landscape have toppled many brands, she said, and highlighted the need for a more efficient, streamlined way of doing business that doesn’t result in unsold inventory and rely on deep discounts to recoup profits. The COVID-19 crisis has only deepened her resolve and strengthened the company’s position, she said.

“I wanted to streamline the supply chain because any retailer that started 20 or 30 years ago was having to make their orders 9-12 months out,” she said. “Everything was made overseas, and your calendar has to be in place well ahead of time.”

That timeline hindered experimentation at the design level and also hampered brands’ abilities to pivot when products didn’t hit home with consumers, she said.

The current moment has required a massive about-face for most brands, whose seasonal collections have largely fallen flat with homebound consumers. But Swift Brands’ clients are able to conceptualize new product selections based on what they believe shoppers could actually use, instead of resorting to sales.

Some of Swift’s brands have begun offering more tailored selections of lounge wear and athletic apparel, even throwing in a matching mask as a bonus.

“Right after that started happening, we started realizing what this trend was going to be for the next couple of seasons to come,” she said. 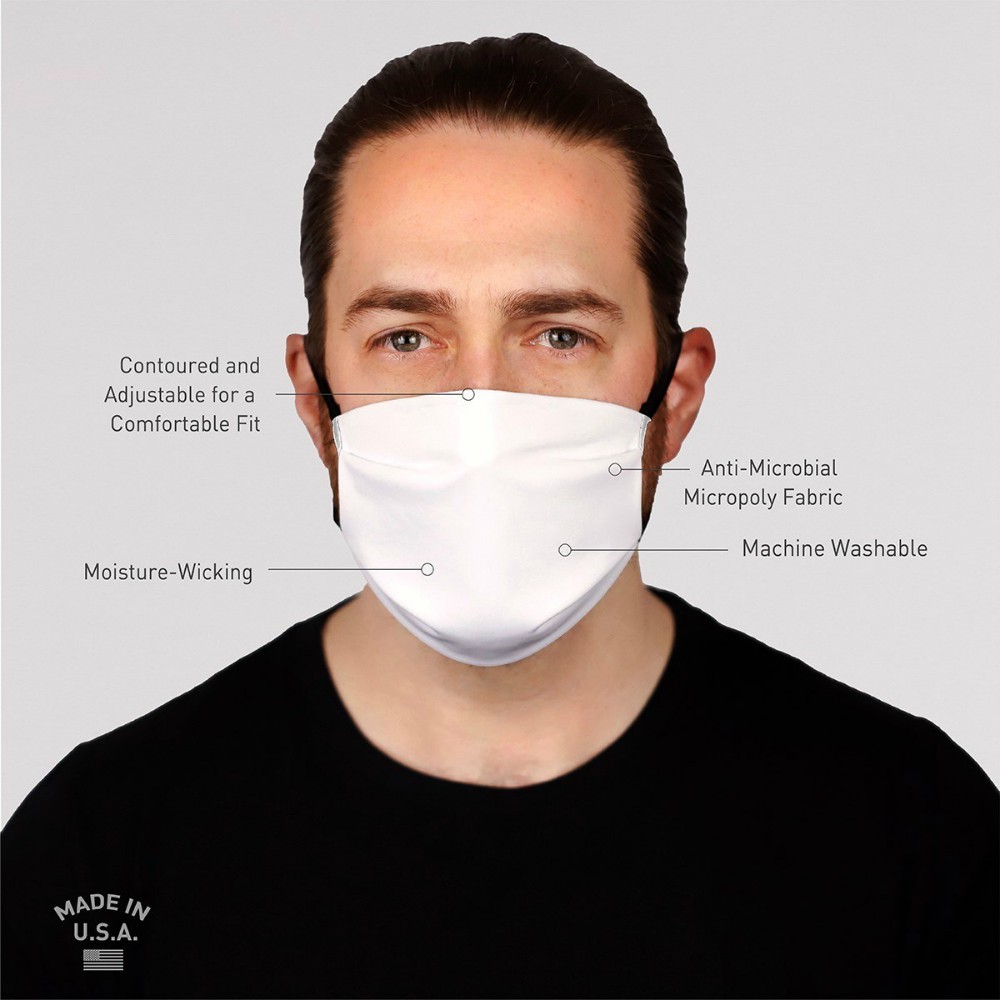 While the cloth masks are made for civilian wear, some healthcare workers have extended the lives of their precious N95 masks by covering them with a second layer of protection, Grayson said.

The company also jumped into action to create gowns for medical staff, which have faced shortages since the pandemic hit in full force.

While the program was originally conceptualized to help front-line workers—grocery store staff, delivery drivers and mail workers, on top of everyday consumers—Swift Brands soon started seeing requests for donations from outside of Los Angeles.

“Originally, the concept from those of us at the top was that as L.A. locals, it would be great to help people in need,” she said. “But then I started getting requests from New York, and other places across the country, and it became really obvious that we shouldn’t limit it.”

The Swift Million challenge was born of this realization, Grayson said, and the company has now committed to donating a total of one million masks to any group that presents a need.

The company has also submitted an application to become a member of Mayor Eric Garcetti’s L.A. Protects program, which has mobilized local brands and manufacturers in the creation of PPE for the nation’s essential workers.

The program requires brands to use a specific fabric formulation and tech pack in the creation of masks, so Swift Brands will continue on its own until it receives approval and instruction from the mayor’s office, Grayson said.

“It’s a matter of getting the approval and the sourcing, but in the meantime, we’re not wasting time,” she said. “We’re continuing with what we’re doing.”

The company’s clients have provided suggestions for hospitals, grocery stores and other businesses that they would like to see supported by the initiative, Grayson said, and the company has responded by providing masks directly.

Masks are also being bought and donated by the Swift’s clients, who are disseminating them to their own staff and in their own communities.

So far, Grayson said, donations of masks and gowns have already hit the tens of thousands. Even as some brands have had to rethink their orders for the coming seasons, the demand for alternative apparel items and PPE is keeping operations humming.

“We’re really lucky,” she said. “We’re busier than ever.”