As if there haven’t been enough new entrants into the men’s underwear category, a former Calvin Klein design director is hoping to Kickstart one brand to rule them all.

Last week Teamkit launched to the world with a Kickstarter campaign aiming to raise $15,000 to get production of its high-tech men’s underwear off the ground. As of press time, the brand co-founded by former Calvin Klein VP and design director Michael Berkowitz, had pulled in $13,515 with 29 days left in the campaign.

Teamkit, similar to men’s innerwear startup competitors like Mack Wheldon and Tommy John, touts its performance benefits and design-forward features—and bears a price tag to match. Taking cues from the cycling world, the brand uses Lycra and premium superfine knitted microfiber nylon from Italy’s luxury mill, Eurojersey, to craft its silky soft men’s boxers currently offered through the Kickstarter campaign for $39, or a 60 percent discount off of the suggested retail price of $99. (Its “super early bird” offering of a single pair of briefs for $34 has already sold out).

That hefty pricing might make the average consumer balk when a Hanes five-pack is going for $15.99 at Target, but Berkowitz and his co-founder and CFO Clifford Finn seem to be going after the same discerning millennial customer who’s comfortable investing in made-to-measure Indochino or Knot Standard suits, sporting premium kicks by brands like Koio, and jetsetting with a sturdy Away carry-on by his side.

That is, the same affluent, urban performance-savvy and aesthetics-obsessed consumer seemingly every direct-to-consumer newbie is courting today. 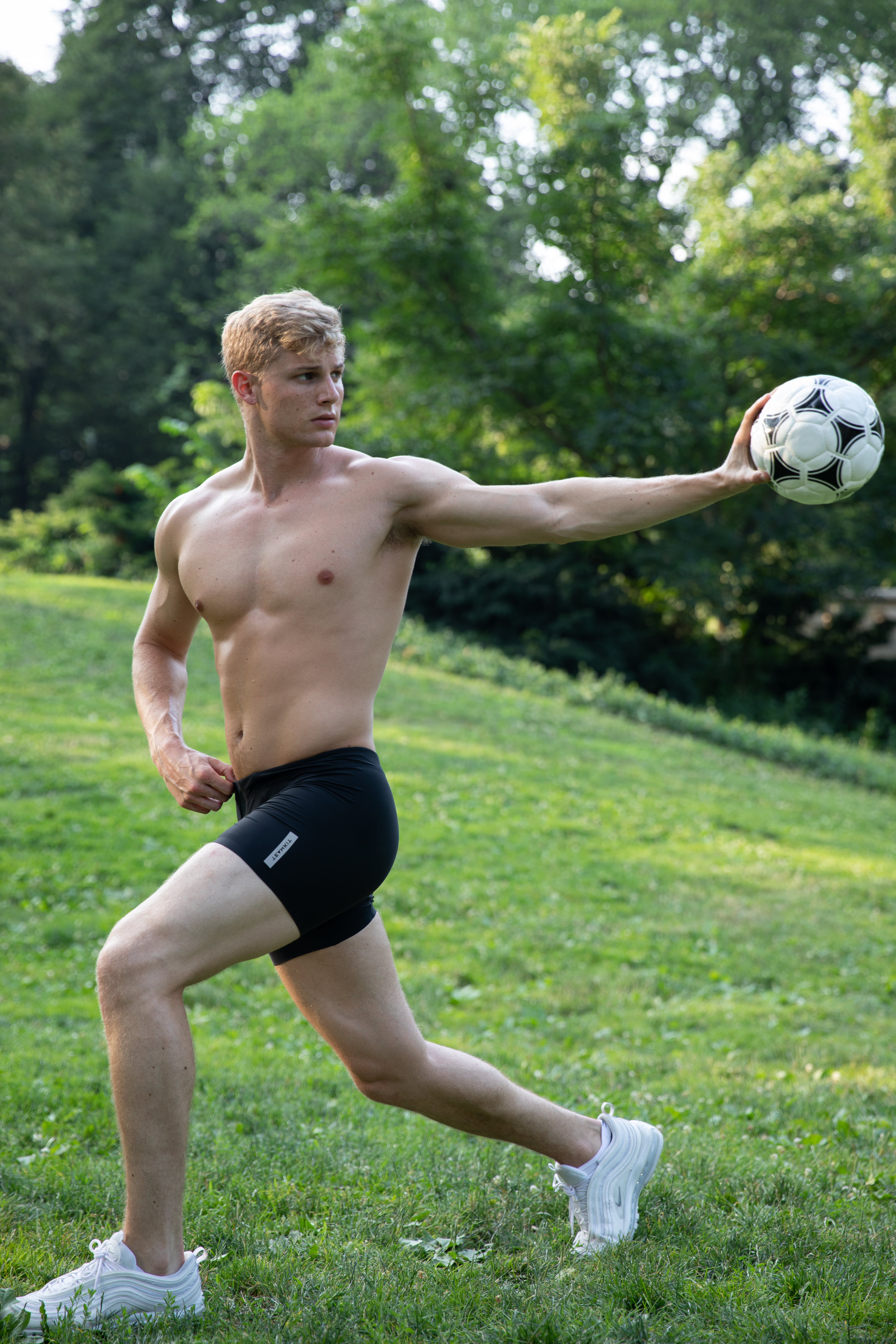 Teamkit does its best to stand out from the men’s close-to-skin startup crowd. It sourced the wide comfort-minded waistband from Belgium’s Liebaert Textiles, and one of its main selling points is the new seaming technology Teamkit claims it created, inspired by the technical gear of the high-end cycling field. The brand says its BondX hems are thermobonded and fused, eliminating 75 percent of the threads required to seal the seams and keeping the garment from riding up around the thighs—because tugging at your unmentionables all day isn’t a good look.

The boxer briefs, the only style Teamkit is offering during its initial Kickstarter push, offer the “top-notch quality, versatility and breathability that your underwear drawer needs,” according to the campaign page. In fact Teamkit bills its underwear as suitable for the “office to outdoors,” with quick-dry technology that draws sweat and moisture away from the skin during active scenarios.

And the stitch-less “Clubhouse Pouch” offers 3-D “no-bounce” ergonomic security for moments when wearers need first-rate performance and control. The company says the patent-published design feature “keeps everything in place and close to the body.” With Teamkit, it added, “men get locked-in stability for every activity, every time they put on their boxer briefs.”

Teamkit also sees the briefs as ideal for swimming, much of the reason it built in protection against the harshness of saltwater, chlorine and degradation from UV rays (50+ protection, it says). The boxer briefs, offered in black and in midnight blue in sizes S-XL, can be worn inside out as well.

Berkowitz believes that like the newfound focus on design permeating men’s apparel and footwear, guys are paying more attention to the quality of their daily essentials, too.

“Underwear is the most important article of clothing a man can wear,” said the co-founder, who’s confident “men will never go back to their old underwear once they try Teamkit.”