On Tuesday, visual search and social platform Pinterest released its annual report on the year’s biggest trends and what lies ahead when the clock ticks forward into 2020. The Pinterest 100 called out 10 macrotrends that reflect where culture is going and how consumers will be buying and behaving as a brand-new decade gets underway.

If the gender-neutral movement got its bearings in 2019, 2020 could push the movement squarely into the mainstream. Open-minded thinkers are bucking societal trends and eschewing traditional labels. Searches for unisex and gender-less children’s clothing climbed 119 percent this year, Pinterest said, as parents broke the long-established rules of pink is for girls and boys wear blue.

And many Gen Zers want to keep gender out of their nuptial festivities. Pinterest reported 51 percent more searches for androgynous wedding dresses versus 2018 as the classic cake-topper look falls out of favor with some brides. Tuxedo dresses, meanwhile, drew 99 percent more searches as the betrothed broadened their view of suitable marital attire.

Consumption converts from conspicuous to conscious

Sustainability is here to stay and young consumers are flexing their influence over incumbent brands. The global climate strikes showed Gen Z is unwilling to sit idly by while the planet suffers, and their spending habits reflect a growing concern for an increasingly uncertain ecological fate. Searches for strike signs climbed 5,961 percent throughout 2019, Pinterest said, driven by memorably witty slogans like those proclaiming “This planet is getting hotter than my imaginary boyfriend” and “We stand for what we stand on.”

Conscious consumers don’t end their activism with the sardonic signs, however. Influenced perhaps by Marie Kondo’s cult of decluttering, they’re researching ways to limit waste in their lifestyles (searches up 446 percent), transforming ocean pollution into art (up 39 percent), seeking out thrift stores to kit out their abodes (up 408 percent) and trading plastic for glass and ditching paper for napkins made from multi-use cloth (up 172 percent).

What Do Raves, Pet Parties and Romcoms Have in Common?

And the conscious fashion consumer continues to make secondhand her first choice. Searches for pre-owned apparel climbed 38 percent versus the prior year and brides are infusing eco-awareness into their “I do” day, boosting queries for thrifted wedding dresses 41 percent year over year. Low-waste weddings drove 235 percent higher searches as well, a sign that the days of the big-budget blowout could be nearing their end. 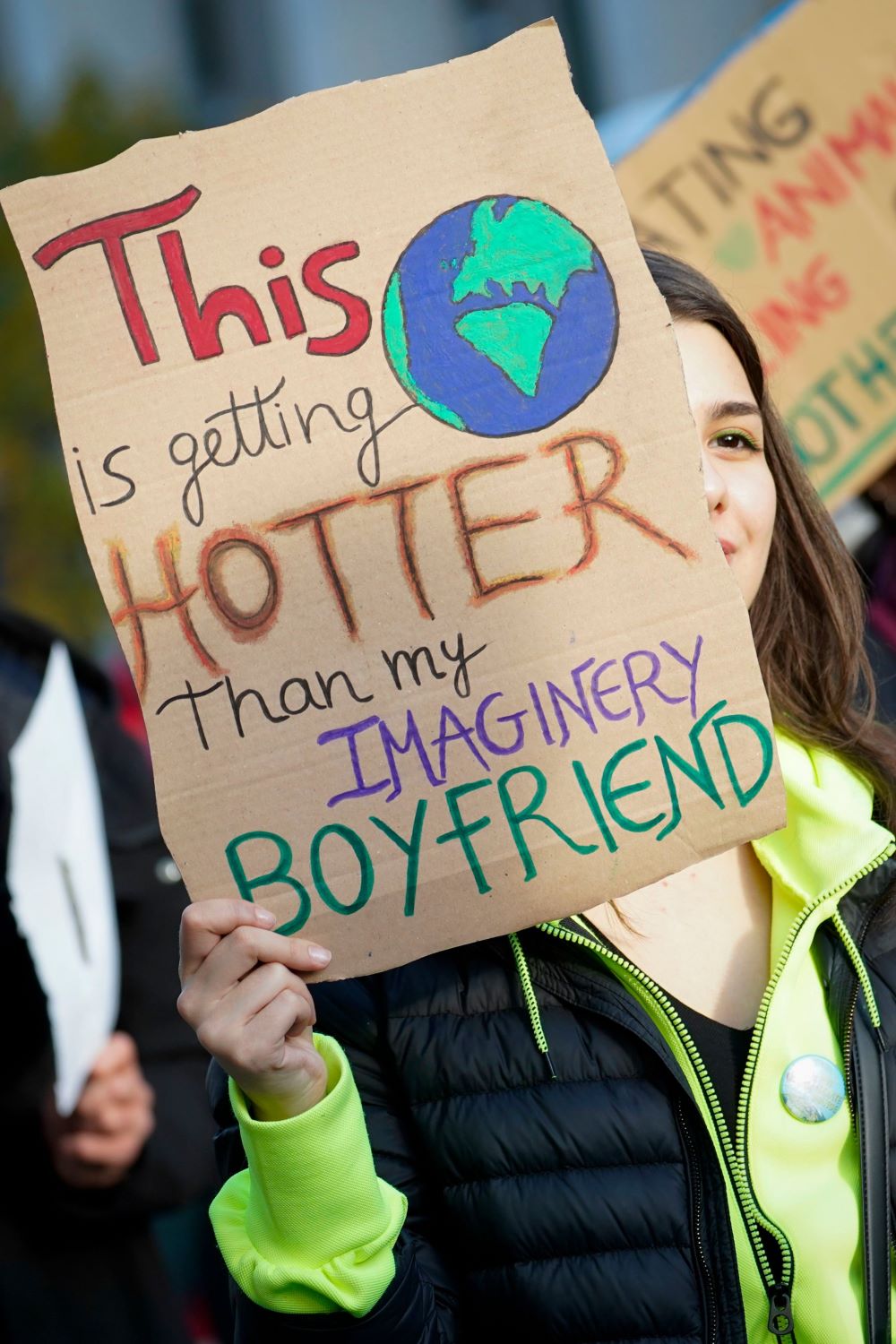 “Thanks to new technology and flexible office policies, it’s never been easier to never leave home, which means big growth for industries like home decor, athleisure and delivery services,” Pinterest said. With home now the center of the universe for many consumers, shoppers are looking for ways to spruce up their dwellings with garden rooms (up 104 percent), home brewing equipment (up 411 percent) and the singular zen of an indoor water fountain (up 917 percent).

But beyond their nesting ways, consumers taking advantage of the remote-work lifestyle want to be sure they look smart when dialing into all those video meetings. Teleworking pros drove searches for “work from home outfits” up 82 percent compared to 2018. A number of pins suggest housebound employees reach for cozy leggings-and-cardigans ensembles that blend comfort with on-camera polish.

Call of the wild

Maybe cooped-up consumers are pushing back against an overload of technology, desk-bound office jobs and a heads-down-screens-up lifestyle, but Pinterest search trends signal a growing number of pinners pining for the great outdoors.

Nature-inspired interests ran the gamut from learning how to cobble together backyard rabbit hutches (up 191 percent) and “digging for geodes and gems” in what’s dubbed the rockhounding trend (up 185 percent) to trips and travel oriented around nature exploration (up 253 percent).

Some want to get in touch with their wild-wandering forebears by learning the ways of bushcraft camping (up 1,069 percent) while others seek to bring their love of libations into the open air, driving searches for outdoor kitchen bars up 2,795 percent.

Outdoor’s indomitable influence in fashion showed up strong on Pinterest as consumers reconnecting with field and forest seek to dress the part as well. Pinners conducted 194 percent more searches for hiking fashion this year and more consumers hit the trails.

“Comfortable layers paired with boots that are made for walking,” Pinterest said, transition stylishly “from forest floors to city streets.”

Flyover country, derided for its lack of fashion savvy but home to some of America’s greatest natural treasures, is playing a larger role in informing new trends as designers cast their gaze beyond coastal cities for new sources of inspiration. 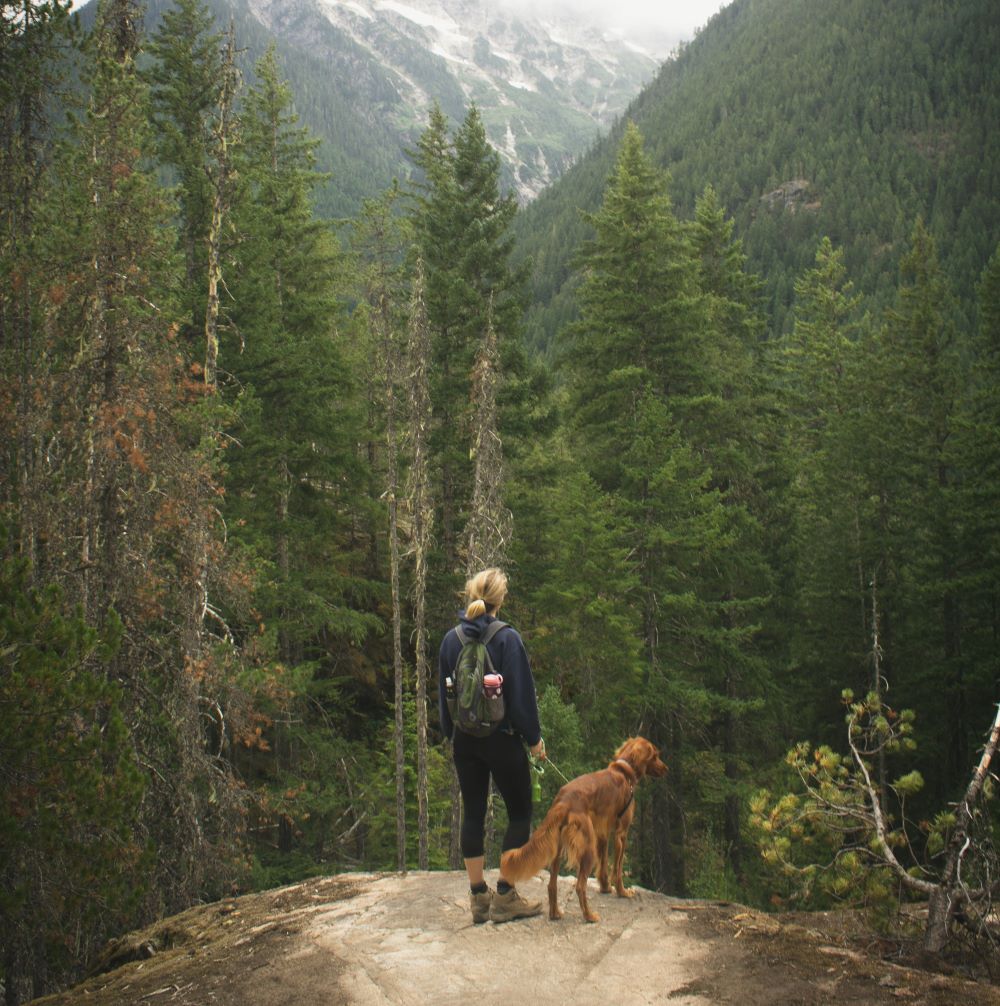 Nerding out on NASA

Buzz Lightyear returned to the silver screen in 2019 and the beloved Toy Story screen-stealer seems to serve as a harbinger of an obsession with space that’s poised to explode when the curtain rises on 2020.

From constellation ear jewelry (up 112 percent) and geometric space tattoos (up 267 percent) to astrology-themed parties (up 247 percent) and interstellar makeup like amethyst lip gloss, blackout lipstick or frosty blue eyeshadow (up 217 percent), consumers can’t get enough of the heavenly bodies and beyond.

Popular figures like Bill Nye the Science Guy and Harvard-trained astrophysicist Neil DeGrasse Tyson, vociferous NASA champions, have kept the agency at the forefront of America’s conversation on space. That, along with 2020 plans for space tourism to finally take flight, could be a factor in why NASA fashion is trending on the street. Keep an eye out for NASA logos emblazoned everywhere, from hats and jackets to hooded sweatshirts, which drove 107 percent more searches this year, Pinterest said. 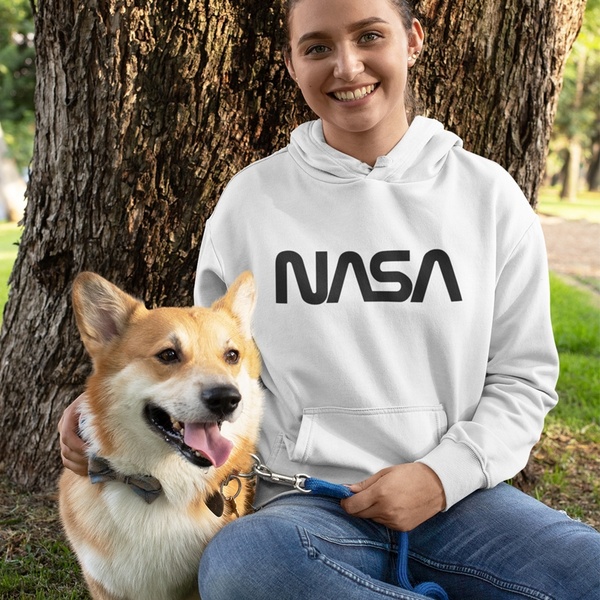 The decade remembered for producing Kurt Cobain’s signature style and hitmakers like the late Notorious B.I.G. came back with a vengeance this year, and the ’90s overarching influence on fashion and culture refuses to quit. While the oldest millennials are re-engaging with the sights and sounds of their youth, for Gen Z, the decade’s attitudinal style and pre-Y2K toons (searches up 227 percent) represent a whole new world.

“It’s clear that ’90s tunes are back in heavy rotation,” Pinterest said, noting that searches for the decade’s most influential artists—from Ace of Bass and Mariah Carey to Pearl Jam and Backstreet Boys—climbed 165 percent this year. Also trending among pinners? Queries for what to wear to a ’90s-style hip-hop party, up 322 percent—gatherings the visual search firm said will be “big for 2020.”

No throwback soiree would be complete without a classic ’90s look. Consumers are looking to incorporate the decade’s style into their wardrobe and daily routines in ways both big and small. From chunky combat boots and flannel tops to slouchy, oversized shirts, searches for ’90s grunge fashion surged 292 percent this year.

Others look to finishing touches like the lip-liner-and-gloss combo (searches up 144 percent), old-school clips that “add flair to your hair” (up 930 percent) or the omnipresent scrunchie updated with luxury silk and leather fabrications (up 6,309 percent) to reference the 20th century’s final frame. Searches for the army pants, hip chains and logomania of Y2K outfits jumped 669 percent, Pinterest said.

Brand and retailers have been all too eager to revive the decade’s loud, street-inspired style. Tommy Jeans riffs on 90s fashion in a Tech Denim drop and a Will Smith capsule played into nostalgia for one of the frame’s biggest TV shows: Fresh Prince of Bel-Air. Adidas took cues from the ’90s when building a Snapchat baseball video game designed to market new cleats, and a Wrangler collaboration, the MTV VMAs and men’s fashion week in New York all put the decade’s unforgettable style front and center.

Nostalgia emerged as a trending theme across the fashion spectrum this year, showing up at WWDMAGIC, redefining denim at London Fashion Week, and making the cut as one of the biggest influences of 2019, according to global fashion search platform Lyst.

From zero-waste travel goods (up 48 percent) to eco-friendly travel (73 percent) and curiosity about green-living cities get it right (47 percent), consumers want to continue their globe-trotting ways—but with the environment in mind.

Rent the Runway’s new RTR Closet Concierge service, launched last week with select W Hotels, might appeal to the woman who is looking to travel light. RTR says the new offering allows W guests to choose four items, including garments and accessories, to be delivered straight to their destination, meaning they can skip much of the packing and tote lighter luggage. It’s a win for the packer and the planet.

Millennials putting off parenthood—or foregoing it altogether—see their furbabies as the only worthwhile apple of their eye, and Pinterest searches showing they’re spending accordingly. Pet parents drove searches for pet fashion up 199 percent, while ideas for cat birthday parties (up 156 percent) and goat playhouses (up 150 percent) trended throughout the year, too.

Global fashion platform Ssense, which plays in the luxury and streetwear sectors, debuted its first collection of dogwear on Dec. 6, collaborating closely with brands from Burberry and Paul Smith to Moncler Genius and Versace on a line of leashes, collars, harnesses, sweaters, collar charms and other items ranging from $60 to $1,395.

“In the UK, more than 50 percent of pet parents ages 19-38 said they’d rather cut expenses for themselves than cut back for their pets,” Pinterest said, and searches for outdoor dog toilets (up 214 percent), pooch-specific patio apartments (up 131 percent) and al fresco cat playgrounds (up 512 percent) indicate they’re not horsing around.

With travel on the rise, consumers are eagerly bringing global influences into their lives, from the foods they eat to how they appoint their four walls. Consumers showed an interest in the oversized sculptures and bold colors of Indian-style living rooms (up 2080 percent), Filipino desserts featuring flavors like coconut, banana and purple ube (76 percent) and the spicy richness of West African cuisine (up 311 percent).

Balance is the new black

Wellness isn’t a trend—it’s the new lifestyle norm for consumers awakening to a newfound awareness of health and good living. This movement showed up in how consumers are incorporating stress-reducing activities and tools into their lives, driving a spike in searches for the benefits of hangover-helping sea moss (up 380 percent) and anti-inflammatory coffee alternative chicory root (91 percent).