The final year of the 2010s capped off a decade full of fashion experimentation—and 2019 delivered a range of trends that captured moods ranging from demure and dainty to downright daring.

And knowing where trends are waxing and waning can determine where brands should re-allocate stock to maximize sales, CEO Tony Pinville told Sourcing Journal. 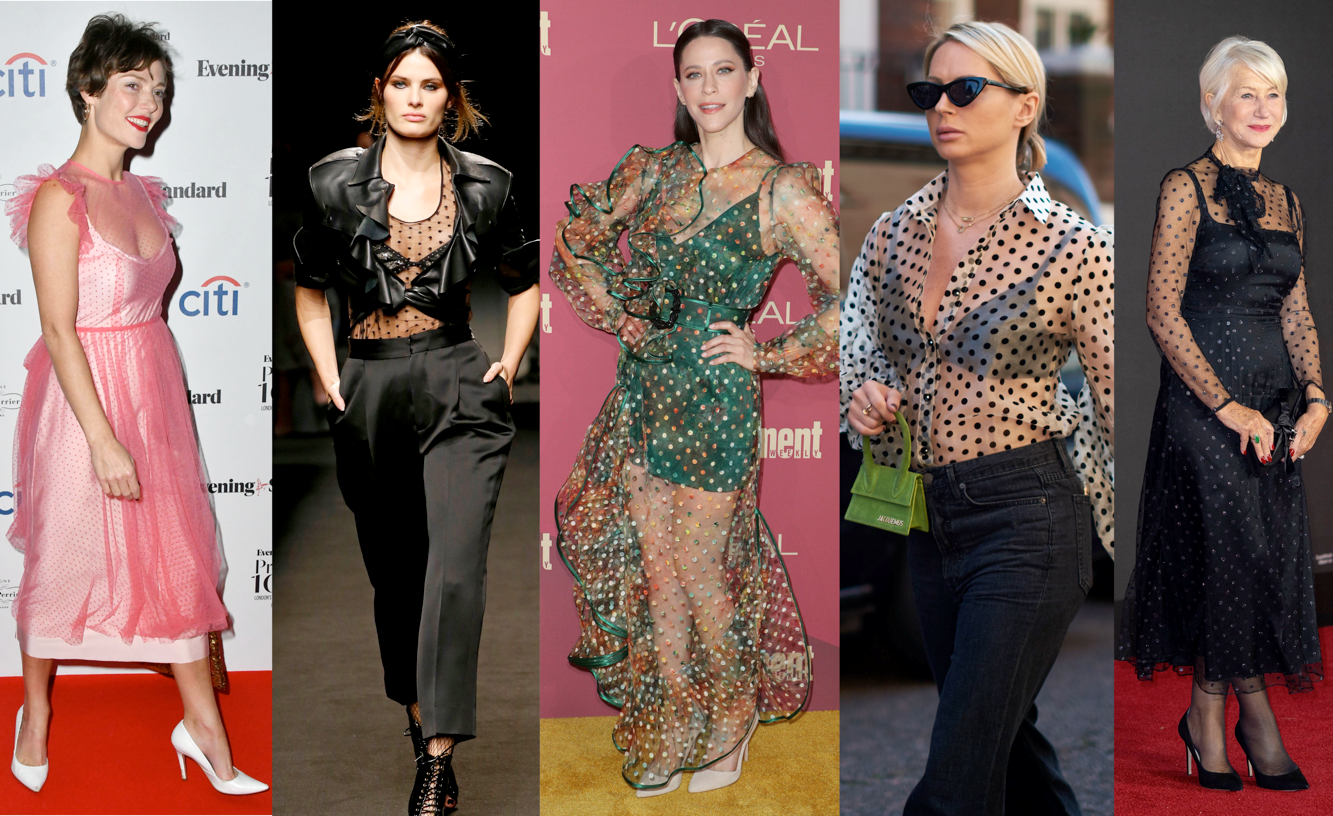 Girlish, gamine fashion emerged across 2019, and though the milkmaid look took off in some sectors, stylish women in Europe seized on the rise of ultra-feminine plumetis, the sheer, lightweight fabric splashed with polka-dot patterns. Bearing a modest-but-peekaboo look, the plumetis blouse became the continent’s “star” style staple, Heuritech says, appearing in 177 percent more photos shared by European Instagram posts this year.

Americans got on board the plumetis train with somewhat less enthusiasm than their across-the-pond counterparts, as the gauzy garment showed up in 77 percent more searches this year. The Swiss dotted tops was most often worn in classic black (43 percent), though white (33 percent) put in a strong showing, too. In October, Dame Helen Mirren was snapped in a black plumetis dress by Goat for the red carpet premiere of “The Good Liar.”

Is There Any Substance to Those Something Navy Rumors?

Heuritech says a small group of “edgy” stylesetters, including stylists, fashion journalists and influencers, helped to fan the flames of the plumetis craze, as did “trendy” Instagram accounts operated by fashion-forward everyday Janes who often nurture budding sartorial movements into full-blown trends. (By contrast, Heuritech’s “mainstream” audience panel consists of people who prefer adopting rather than influencing trends.) 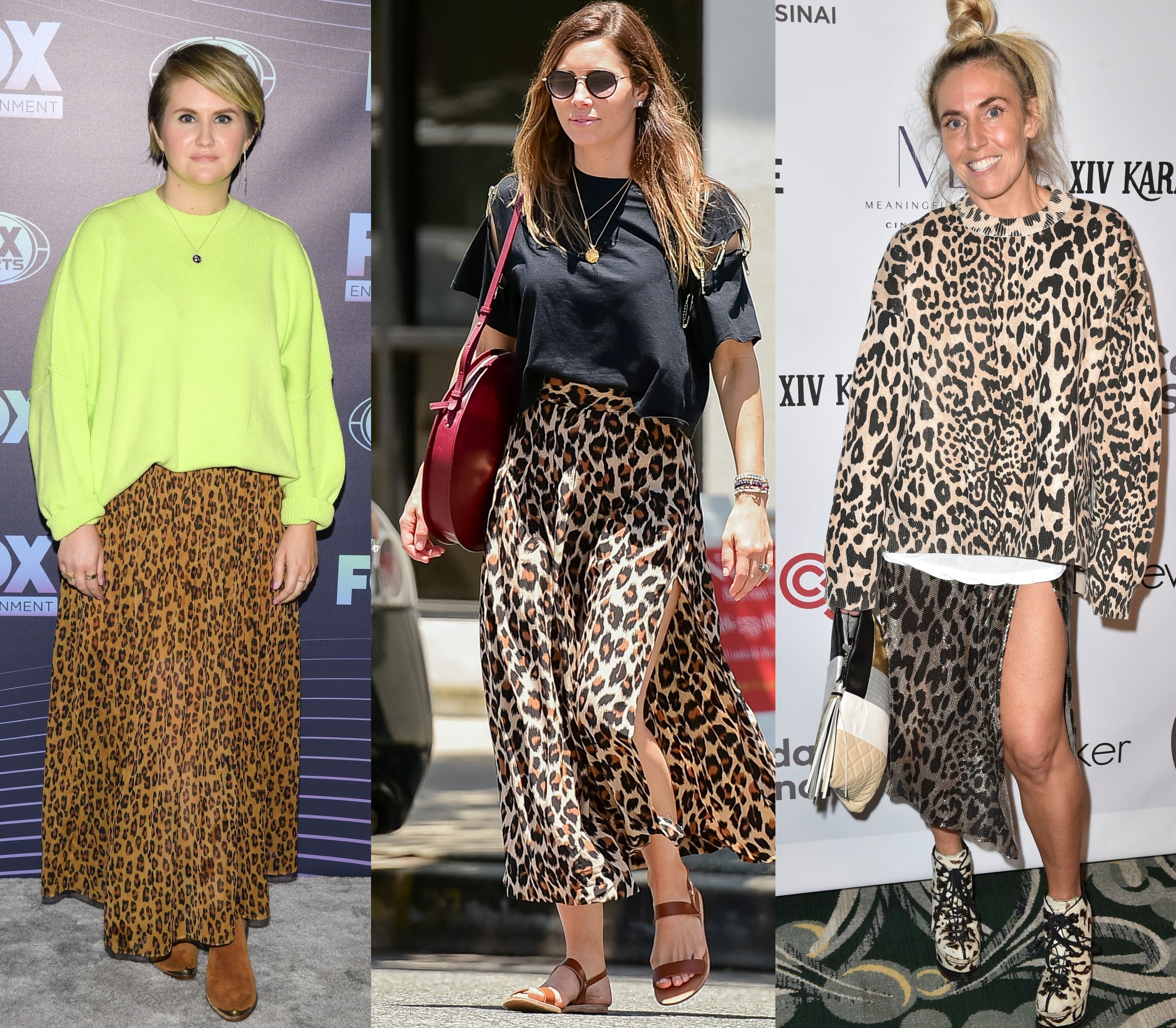 Americans had “Wild Thoughts” about fashion in a year marked by trade turmoil and the return of ‘90s-style neon. And if Europe propelled plumetis to new heights, stateside style fans roared onto the scene in leopard-print skirts. Signals of the “bursting trend” first emerged in early 2018 and had gathered momentum by fall, Heuritech says, achieving massive adoption by 2019. The firm sniffed out seven times more appearances of the garment on Instagram this month versus 2018’s comparable period, and 4.2 percent of all the skirts it identified bore the animal markings. 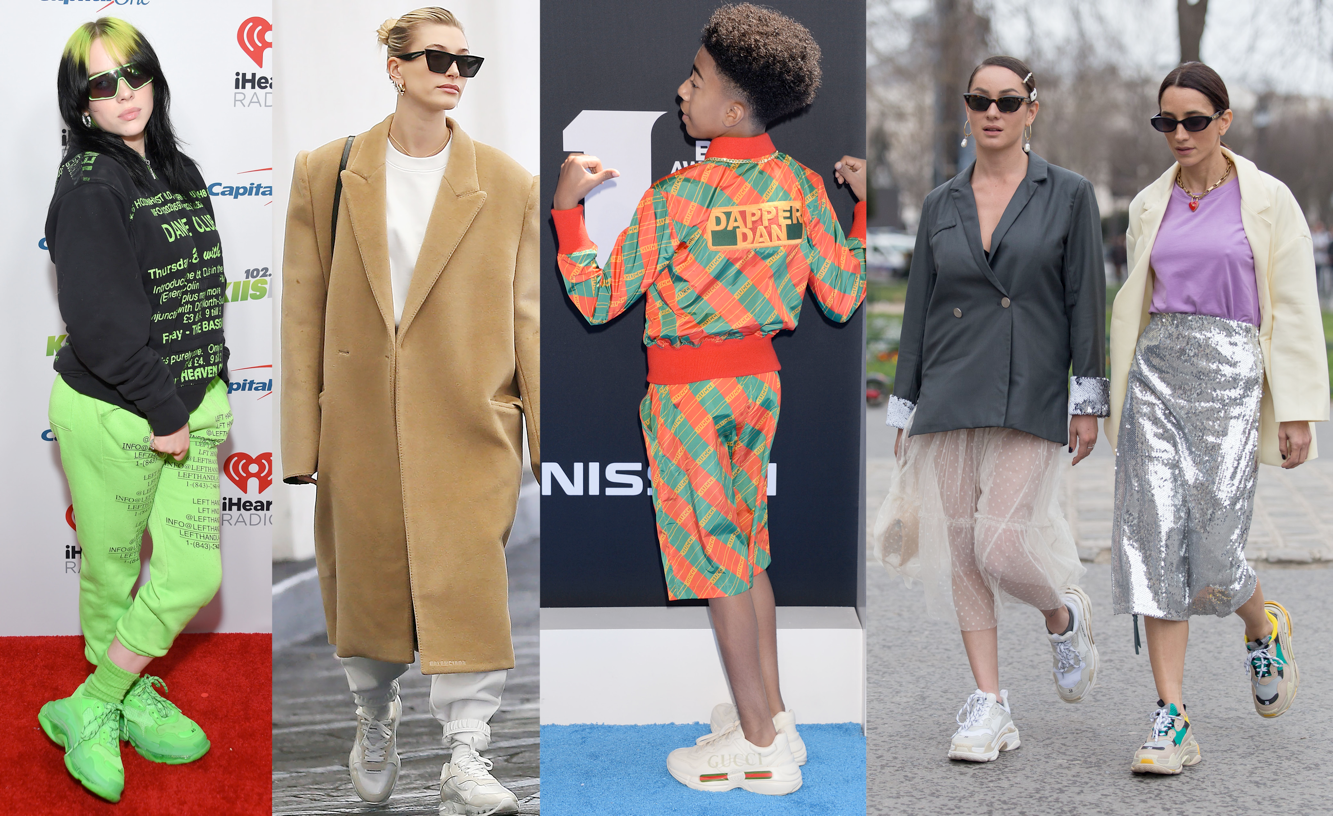 Balenciaga, among the pioneers of the cool-kid trend, continued to drive the dad shoe’s popularity, as Heuritech says the Parisian maison’s Triple S style was captured in 49 percent more December Instagram photos year over year. 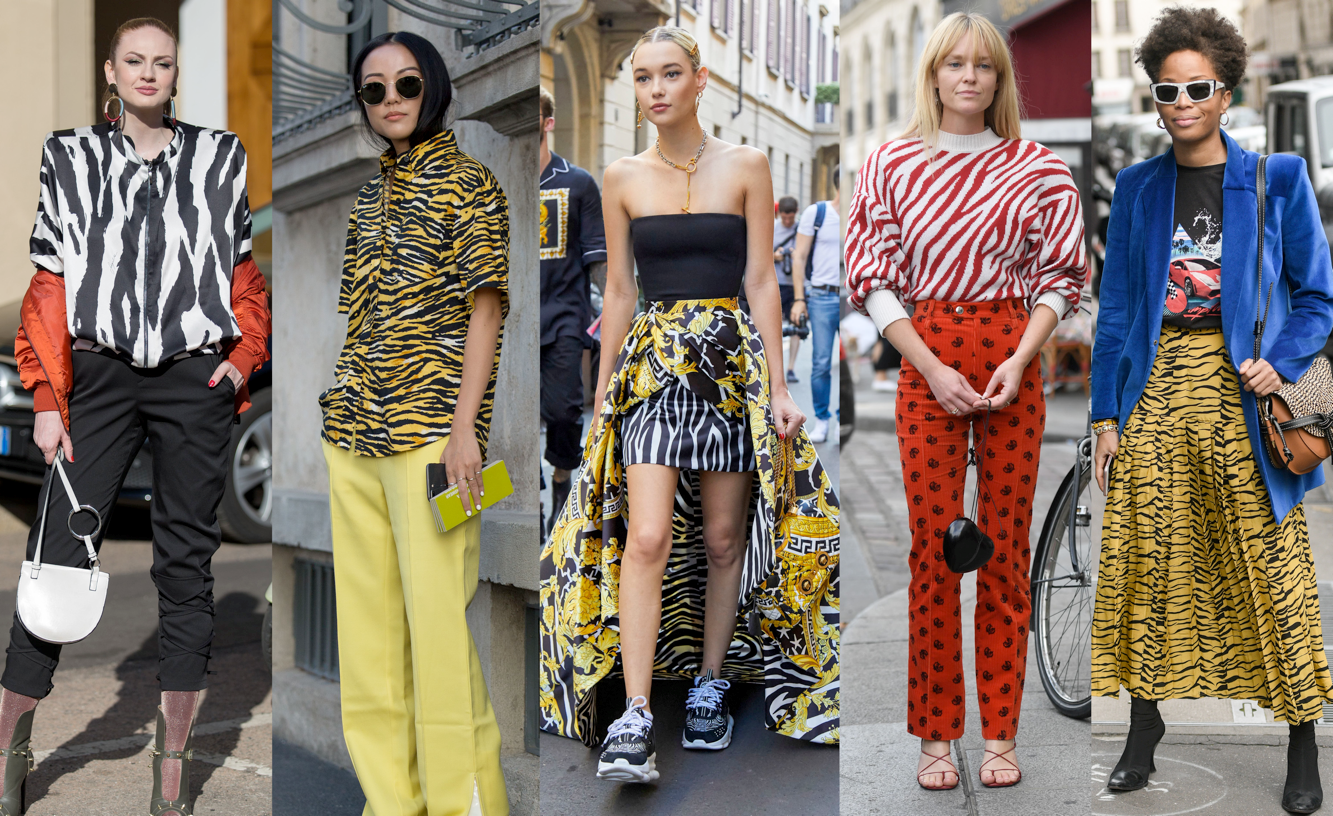 Zebra print might be the yin to leopard’s yang, cementing animal print’s enduring popularity in 2019. Globally, consumers got in on the animal stripe-action, with 262 percent growth in the numbers of patterned tops across U.S. Instagram accounts outpacing the trend’s rise in Europe (53 percent). Despite its frequent appearances in the social realm, Heuritech says the graphic trend remains a “niche,” driven largely by edgy fashion insiders. No longer reserved just for tops and blouses, however, zebra print also animates skirts and dresses, Heuritech noted. 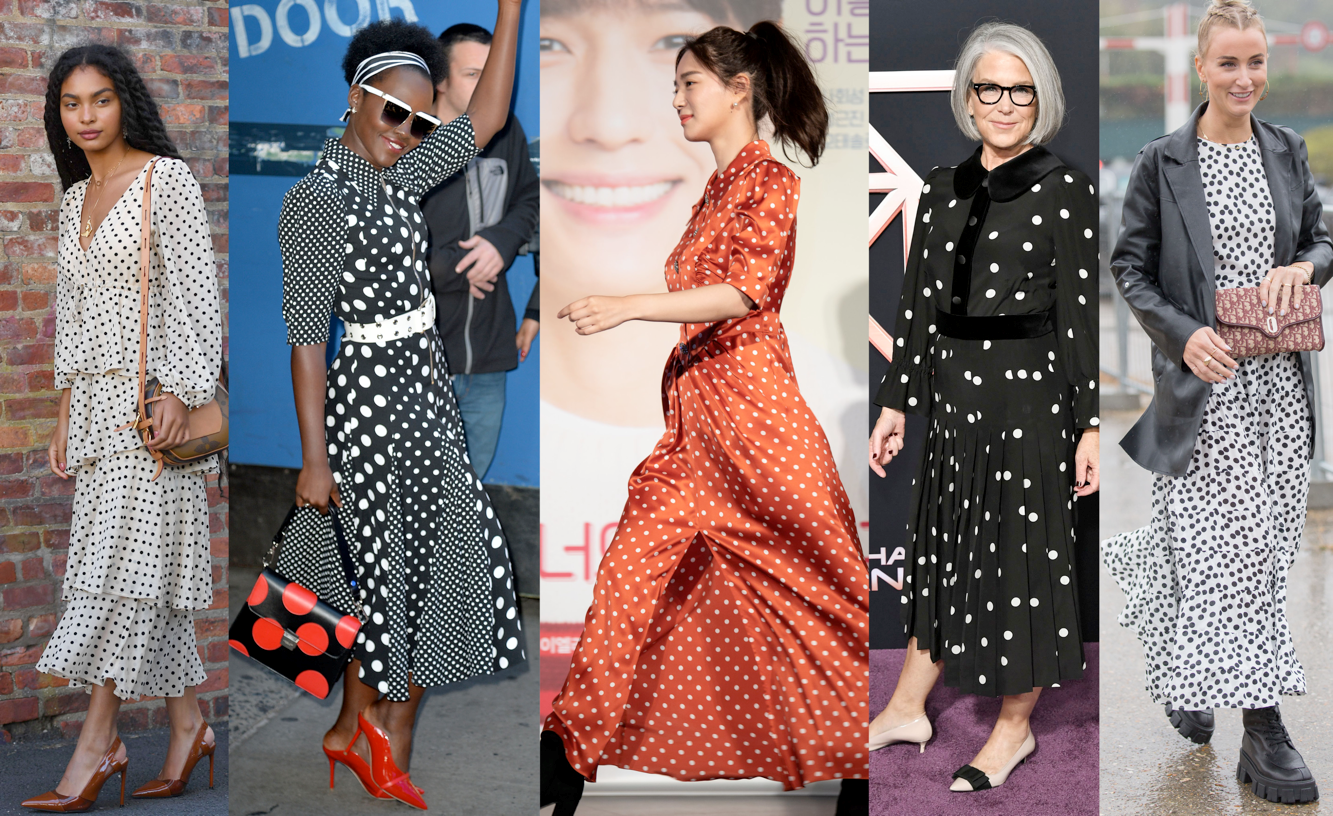 Zara deserves all the credit for touching off a trend that sparked polka-dot fever. The Inditex-owned fast-fashion brand’s “viral hit” of the summer—which inspired its very own Instagram account—buoyed the Spanish conglomerate’s bottom line to the tune of a 7 percent uptick in sales, according to the Financial Times. Polka-dot dresses popped up in 31 percent more photos owned by U.S. Instagram users, Heuritech says, and copycats cloned Zara’s long-sleeved, ankle-grazing silhouette or took their own tack and played with length, color and texture.