With annual shareholder meetings on the horizon, it’s prime time for activist investors looking to shake up corporate boards—which often escalates into the so-called proxy fight.

In fashion retail, activists have set their sights on Genesco and Kohl’s.

On Monday, the footwear-centric owner of brands like Journeys and Johnston & Murphy fielded director nominations from Legion Partners Asset Management, which controls a 5.6 percent stake and plans to nominate a controlling slate of seven candidates to Genesco eight-member board at the firm’s next shareholder meeting.

Genesco, which claims Legion hasn’t responded to its “repeated requests” for communication prior to receipt of the board nomination, disagreed with the activist’s “assertions” and said it will reply “in due course.”

Reiterating its commitment to “acting in the best interests of all shareholders,” the Nashville company touted recent performance highlights, like positive comps in 11 consecutive pre-Covid quarters and earnings per share that grew 50 percent in fiscal 2020. Genesco said such “successes” indicate that the five-year strategy enacted under new CEO Mimi Vaughn is bearing fruit. The board, it added, “has been actively involved in working with our management team to implement and adjust our strategy as we respond to accelerating changes across our industry.”

Genesco pointed to pre-pandemic investments that mitigated the impact of last year’s shutdown of its nearly 1,500 stores. Digital initiatives capitalized on the pandemic surge in e-commerce, driving “record digital revenues of $450 million in fiscal 2021, an increase of almost 75 percent year-over-year,” it said. The footwear giant closed out the fiscal year with strong Q4 results, including a 10 percent margin and Journeys reporting record income.

Kohl's CEO Pick Suggests Activist Investors Were Right All Along

“We are now entering fiscal 2022 with a very healthy balance sheet, and we continue to make changes to our cost base and allocate capital expenditures to enable increased investment in growth and enhance our ROIC (return on invested capital),” Genesco said, adding that its share price has risen since Vaughn became CEO in February last year.

Though it’s still in the early days of its five-year plan, Genesco believes it is on a “clear path to drive growth and sustained profitability.” In the past two year, the company has appointed two new directors as well as a new lead director, it added.

“With the Lids segment long-ago divested, the footwear-centric focus allows for material shared services, including, but not limited to, overhead and the digital backbone. Management has already announced a $25 million to $30 million expense savings plan as a first step toward right-sizing the cost structure to the ‘new normal’ and toward improved future returns on capital,” Marotta said, noting that bankruptcies in Great Britain present market share opportunities for Genesco.

“We suspect that the activist may be challenged to (in essence) replace the whole board, and will, ultimately, wind up with two or three suggested representatives appointed,” he said. 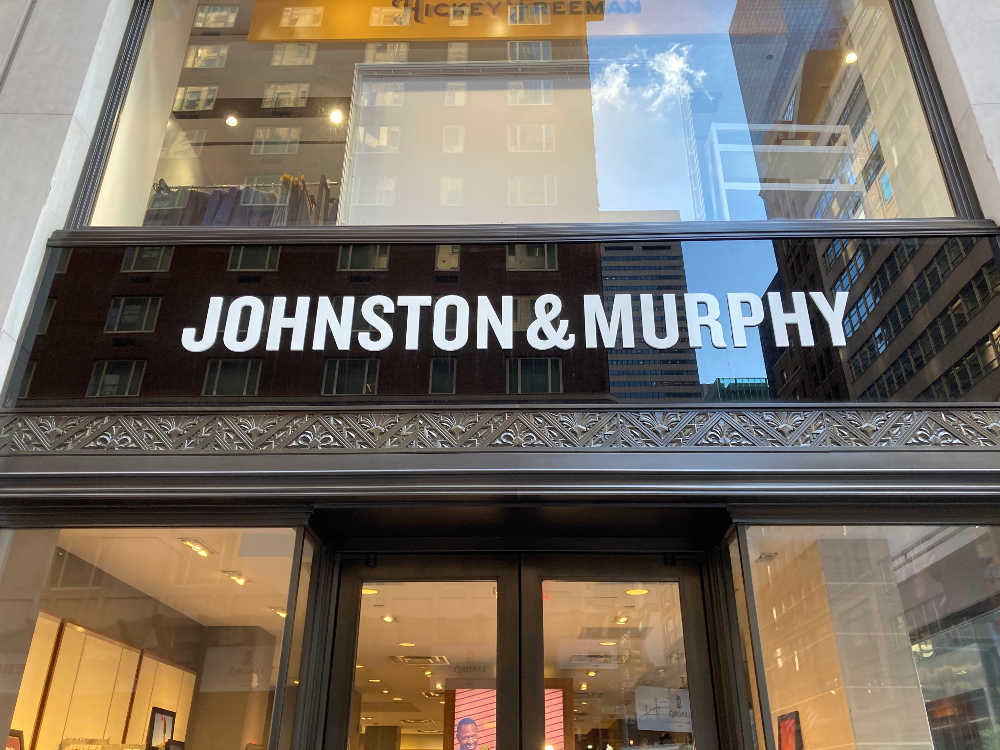 Meanwhile, the battle over Kohl’s was brewing from February, when four investors banded together and took umbrage with the retailer’s performance over the past decade.

The investor group has a bone to pick with Kohl’s over its real estate holdings, the “frozen” assets it says could be worth as much as $8 billion and would derive value from a sale-leaseback program. The group also wants to see Kohl’s churn through inventory more quickly and speed up the time it takes to get new product onto the sales floor. And it’s also displeased on what it sees as overly generous executive compensation.

Through a spokeswoman, Kohl’s said it remains “open to hearing new ideas” and rejected the activists’ “attempt to seize control of our board and disrupt our momentum.” The retailer pointed to the profit-minded strategy it unveiled in October and emphasized the six new independent directors who have joined the board since 2016.

Kohl’s now has a full-blown proxy fight on its hands. Earlier this month, the activists attacked the retailer’s lagging performance compared to its peers, and dismissed Kohl’s strategic plan as nothing “new” and a rehashed recycling of its ill-fated “Greatness Agenda.” The activist group urged shareholders to vote the “White Proxy Card” to elect its group of nominees and “help Kohl’s reach its full potential.”

Two days later, Kohl’s petitioned shareholders to vote for all 12 of its director nominees listed on the “Blue Proxy Card.”

Kohl’s communique included a “candid conversation” with CEO Michelle Gass and chief financial officer Jill Timm, touching on the evolution of retail, how the company aims to increase shareholder value, and what differentiates the new strategy from past attempts. It also clarified what it sees as the activists’ inaccurate claims.

Kohl’s also set the record straight regarding the sale-leaseback maneuver, pointing to a 1995 document restricting those kinds of transactions. In the shareholder Q&A, Timm said the sale-leaseback transaction would actually inflate operating risk through an increase in rent expense and leverage, and “likely negatively impact our investment-grade rating.”

Activist battles with other retailers have often pushed to monetize real estate holdings. But selling off real estate assets in one form or another is not the panacea that investors may think it is. While the sale would initially provide a return to shareholders, it can leave a big hole in operations when hard times show up. And by that time, the activist investor might have long since departed for greener pastures.

In the case of Macy’s Inc., Starboard Value in 2015 tried to pressure the retailer into separating its real estate into a real estate investment trust (REIT) from its retail business. The move would have added rent costs to its overhead for the holdings that were spun off. Macy’s instead opted to sell some assets, as well as redevelop others, while Starboard eventually sold its stake in 2017.

The decision by Macy’s turned out to be a prescient one. When the pandemic struck, virtually all retailers scrambled to shore up their liquidity when quarantine orders temporarily shuttered all nonessential stores. Macy’s was able to complete $4.5 billion in new financing in June, using some of its real estate assets to back the new senior secured notes it issued. The balance of the financing included a new asset-based financing agreement. Had Macy’s not stood its ground with Starboard and gone ahead with the REIT, it wouldn’t have any real estate it could use as collateral and financing options likely would have been more limited.