Some of the sector’s biggest names are ending the year on stronger financial footing.

JCPenney has paid off a $506 million take-back term loan on the books since its 2020 bankruptcy and restructuring. After refinancing on Dec. 1, the department store has trimmed its outstanding debt from $800 million to $500 million, with about $1.8 billion in available liquidity.

On Thursday, the retailer also successfully refinanced two more credit lines maturing on Dec. 16, 2026, each with better availability, pricing and other favorable terms relative to the prior facilities. The asset-based lending (ABL) facility, which was led by Wells Fargo and PNC, will consist of a $1.75 billion ABL credit facility and $160 million term loan. The $340 million first lien last-out (FILO) facility was led by Pathlight Capital.

“The paydown of our outstanding term loan and refinancing of our ABL and FILO facilities is a testament to JCPenney’s results over the last year and represents further strengthening of our balance sheet,” said Stanley Shashoua, JCPenney executive chairman.

The paydown and debt reduction are positive signs for a company aiming for a turnaround under Rosen, after the pandemic curtailed former CEO Jill Soltau’s bounce back efforts. As the department store searched for a new chief executive this, it went on a complete merchandising overhaul, rolling out a slew of new private brands across men’s, women’s, denim, activewear and home.

JCPenney has taken notes from co-owner Authentic Brands Group (ABG) on its brand refresh, introducing exclusive collections from both Juicy Couture and Forever 21 in stores and online.

And while JCPenney is refinancing, Skechers is looking to boost its liquidity by taking out a bigger loan. The California footwear company expanded its senior, unsecured credit facility to $750 million, retaining a $250 million “accordion feature”—an option that gives it access to up to $1 billion in credit.

The expansion amends the $500 million senior unsecured credit facility Skechers initially landed in 2019, which was due to expire in November 2024 but now matures in December 2026. 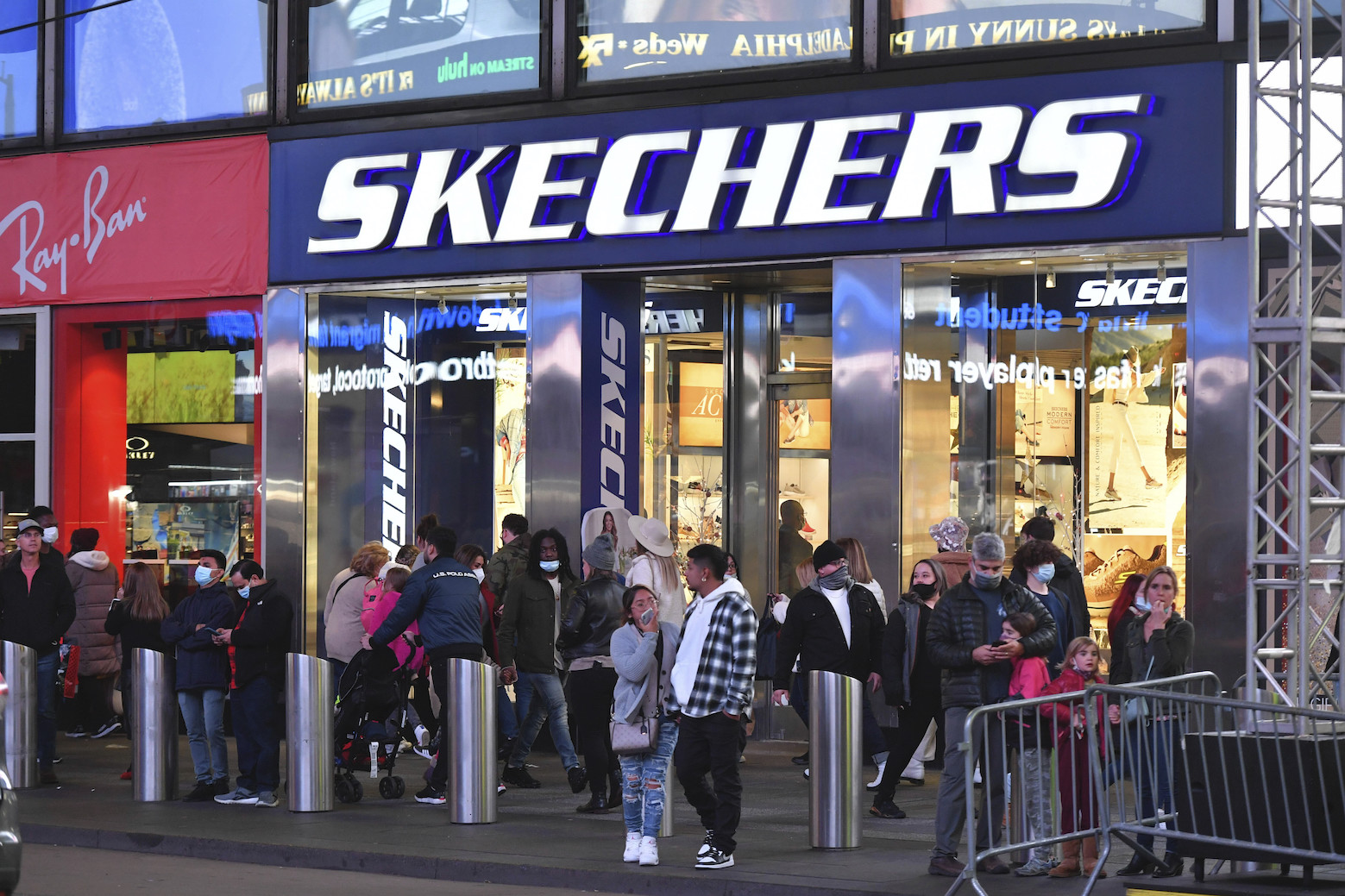 Skechers reported a strong third quarter despite supply chain headwinds, as sales climbed 19.2 percent year-over-year to $1.55 billion. Sales in China rose 10 percent even as footwear rivals like Nike, Adidas and Puma suffered declines in the market. Skechers’ net earnings totaled $339.1 million, up from $45.3 million a year ago.

Even from a store perspective, Skechers has been in global growth mode. In Q3 it opened 10 company-owned stores, including two in Columbia and one each in Peru, India, Germany and France. Skechers opened a net total of 119 third-party stores in the same period across 28 countries, including a net new 67 in China, 9 in India, six in Australia and four in New Zealand.  As of the October earnings call, Skechers planned to open 15 to 20 additional locations by year end.