Online sales of Adidas and Nike took a nosedive in China following a state-sanctioned consumer boycott of international brands that expressed concerns about the forced labor of Muslim minorities in the Xinjiang Uyghur Autonomous Region, demonstrating that Beijing’s threats have as much bite as bark.

This data counters previous analyst insight indicating the Nike boycott could be backfiring.

Chinese brands such as Anta Sports and Li-Ning, which have touted their support of cotton produced in the northwest region, have eagerly picked up the slack. The biggest beneficiary of the surge in patriotic pride “by far,” Morningstar said, has been China Lining, Li-Ning’s premium fashion subsidiary, whose sales ballooned ninefold in April. Tmall sales for Anta were up roughly 59 percent the same month, while Li-Ning’s swelled by a “whopping” 92 percent.

“While we reiterate that Chinese consumers’ current buying behaviors are most likely temporary, we also must admit that the level of impact we see today has already surpassed our guesstimates made in late March,” analysts wrote. Some good news for Adidas and Nike, however. Since state media hasn’t renewed its attacks, their ostracization, which has included the blurring of logos on Chinese broadcasts, should “most likely fade over the next few months,” Morningstar said.

Adidas and Nike did not immediately respond to requests for comment.

The numbers throw into focus the tightrope diplomacy required by brands to cater to the second-largest economy’s massive 1.4-billion-strong consumer base without alienating its Western audience, and vice versa.

China has served as a critical growth engine that kept many bottom lines from sinking in the darkest days of the pandemic. In March, Nike reported that its fiscal 2021 third-quarter revenues grew 51 percent year over year in Greater China, compared with a decline of 10 percent in North America. And while Adidas’s revenues in North America and Europe were negatively impacted by Covid-driven reductions in foot traffic, fourth-quarter sales for the brand in Greater China spiked by 7 percent, it said in the same month. 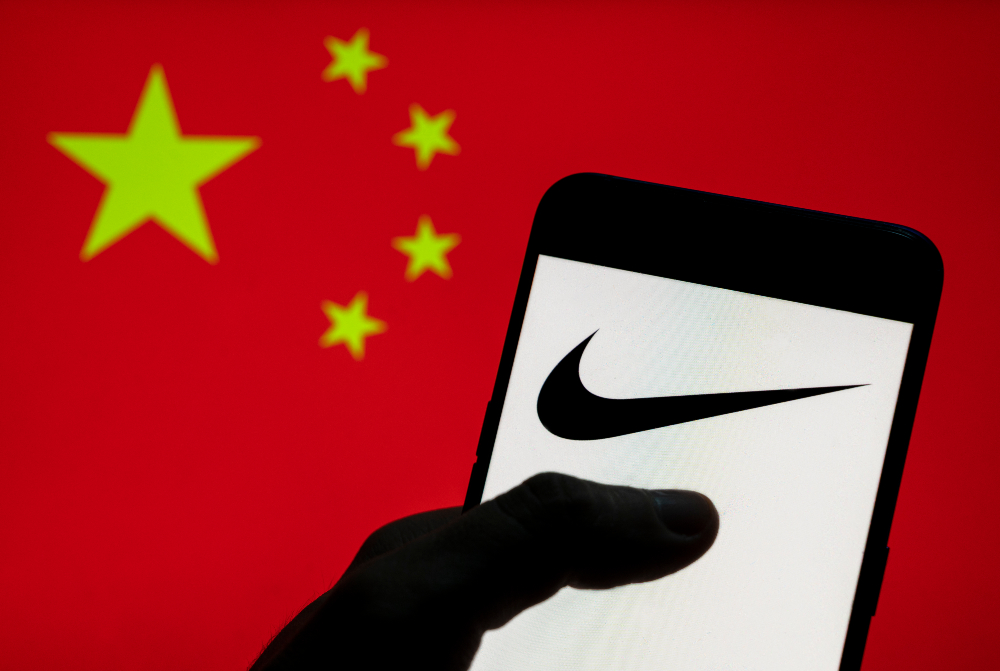 Tmall is the single-largest sales channel for many brands in China, accounting for more than 10 percent of revenue in the country, according to Bloomberg Intelligence.

“The problem for brands like Nike and Adidas is they want and need to take a stand on human rights issues, as this is part of their DNA,” Neil Saunders, managing director of retail at GlobalData, told Sourcing Journal. “However, in this instance that has brought them into a confrontation with China and is having a material impact on their sales. So, there is a cost to their stance and, given the massive nature of the Chinese market, that cost could be substantial.”

Though the hope is that the matter gets forgotten over time and the brands regain their appeal with mainland customers, it’s fuzzy if and when this will happen, Saunders said. “What’s certain is that there is a very fine balancing act for brands in China between their commercials and their values,” he added.