We have introduced new research on two big ideas in this series.

One, leaving regulation of labor practices to buyers is, in the aggregate, not delivering for workers in fashion’s global supply chains. And two, sourcing practices actively undermine buyers’ commitments to decent work.

How do we know? Forced to rely on the results that most fashion brands share on their websites, the picture is more Monet than (early) Manet, more romance than realism. But where monitors and researchers were able to win access to data—a range of case studies were published between 2005 and 2015—they revealed a pattern of limited improvement with regard to some labor rights such as child and forced labor. And they showed no improvement with regard to freedom of association, hours, wages and working conditions.

And where media exposés and fatal disasters—including the rash of large-scale factory fires between 2012 and 2015 and the catastrophic collapse of Rana Plaza in Bangladesh—suddenly sharpen the focus of brands, regulators, researchers and shoppers, they are confronted again by the possibility that private regulation of labor in global supply chains is just not working.

These case studies and catastrophes bring realism, but not the big picture. The new research from Cornell University’s New Conversations Project, based on comprehensive evidence of violations from over 40,000 factory labor audits over time in 12 countries and 12 industries brings the big picture to light—and it’s not pretty. Cornell’s research shows that the average number of violations found in labor audits was almost unchanged between 2011 and 2018 across all countries and industries as shown in the graph here. In a breakout of labor issues, the only positive development was a slight decrease in average working hours. 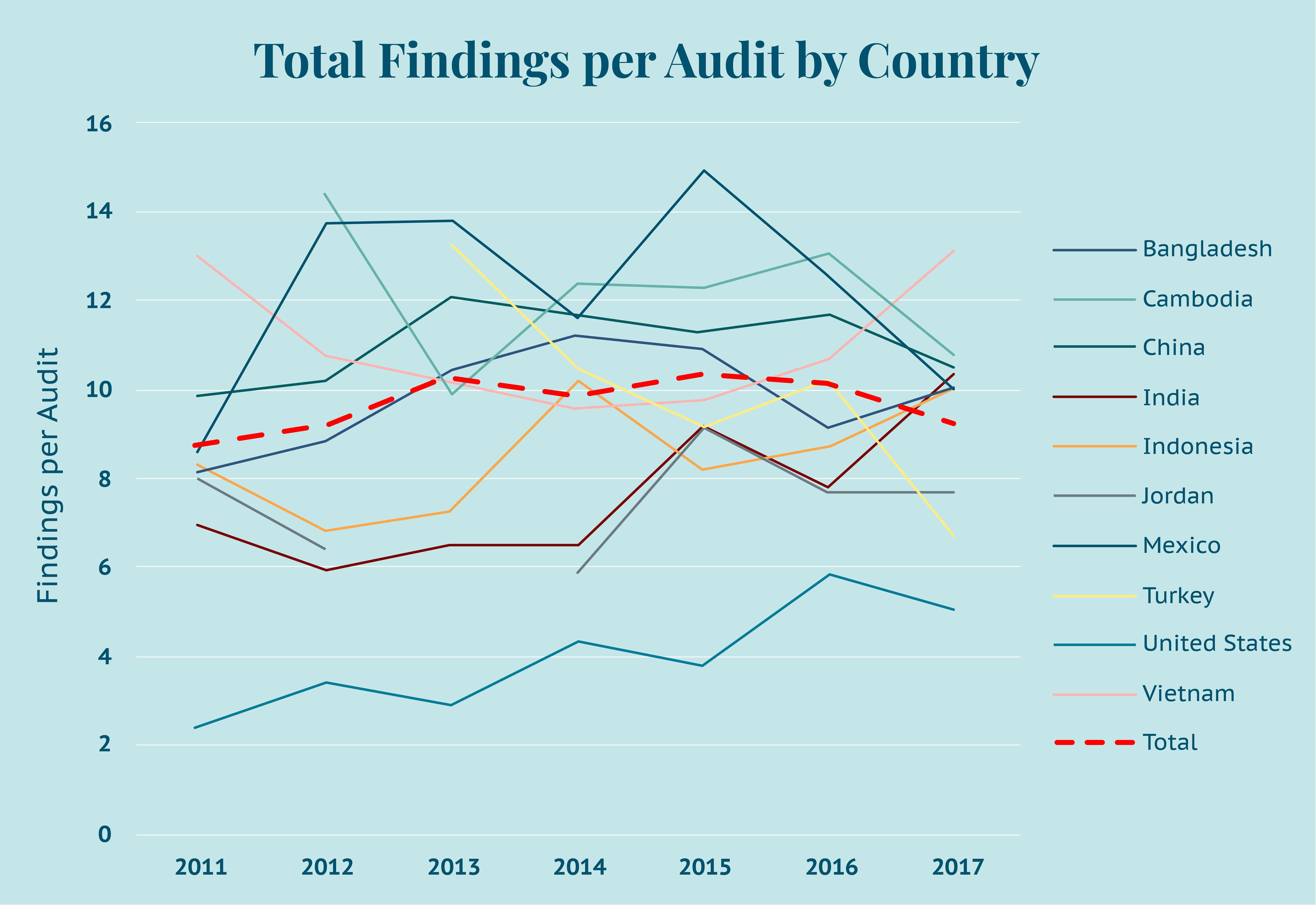 Workers’ wages by and large hovered close to the legal minimum wages which, in nearly all of the countries studied, are effectively poverty wages. And regardless of the living wage standard we apply—Global Living Wage Coalition, Asia Floor Wage or Wage Indicator—actual average wages are not in the neighborhood of the living wages promised by global companies and multi-stakeholder initiatives.

Even more telling is the analysis of audit data from multi-stakeholder institutions of their members programs with regard to freedom of association—the basic right of workers (and employers) to build organizations of their own.

Workers in supplier factories in fashion’s favorite sourcing countries face multiple obstacles to form unions and bargain collectively despite the prominence of these rights in practically every brand’s code of conduct. We want to be clear that the point here is not that all private labor initiatives are ineffective. On the contrary, there are programs such as ACT and the ILO’s Better Work that are complex, forward-looking, even worker-led. But others are effective only as long as they remain small-scale, selective and labor-intensive—temperamental or costly and short-lived like hot-house flowers.

Instead, the point is that the big-picture results—now that we can see them more clearly—are poor. They belie the “leave it to us” promise of private regulation. All of this evidence will be published in Sarosh Kuruvilla’s forthcoming book, “Private Regulation of Labor in Global Supply Chains: Problems, Progress and Prospects.” It suggests an inescapable conclusion: private regulation is not resulting in systematic improvement of labor conditions in global supply chains. 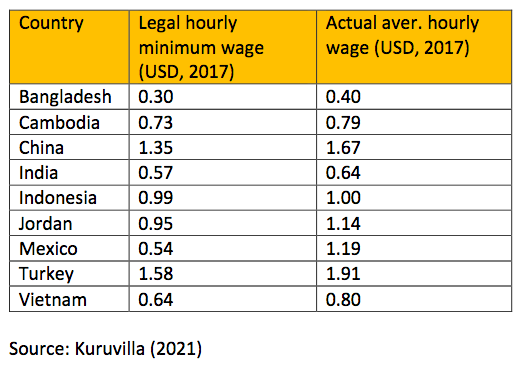 So, what explains private regulation’s continued popularity—in fashion and other sectors—despite reports about its ineffectiveness? For that, you’ll have to wait for the next article in this series.

For a more in-depth look into this research, please visit the New Conversations Project.