Nearly a decade after the Walt Disney Company pulled out of Bangladesh, citing a desire to transition its garment production out of the “highest risk” countries, the House of Mouse is reinstating its production of branded merchandise in the South Asian country, industry insiders have said.

Disney had made the decision to walk away after Bangladesh was beset by a spate of industrial accidents, including a November 2012 fire that killed 112 workers at a factory that labor advocates said had made Disney-branded clothing. The collapse of the Rana Plaza factory complex, which killed 1,134 garment workers and injured thousands more a few months later, only accelerated its exit.

“As part of an ongoing review of our policies and procedures, we have made adjustments to our sourcing guidelines that will help us better manage the challenges associated with a complex global supply chain and meet our [International Labour Standards Program] objectives,” the company said in May 2013. “We have decided to consolidate production of Disney-branded products in a more limited number of permitted sourcing countries and have instructed our licensees and vendors to transition the production of Disney-branded goods out of the highest-risk countries.”

While Bangladesh was only one of 43 countries that didn’t make the cut—0thers included Belarus, Ecuador, Pakistan and Venuezela—the decision was widely panned by labor-rights groups, which accused the cultural juggernaut of cutting and running from a situation it helped create.

“The global brands and retailers are a significant part of the problem because they have been continually driving for the lowest possible prices for garments from Bangladesh,” Phil Robertson, deputy director of the Asia division of Human Rights Watch, told the Financial Times when the news broke. At the same time, he added, companies will claim to “consumers that the clothes they are buying are produced in safe factories by workers earning fair wages who have a right to form a union.”

Disney didn’t have a huge stake in Bangladesh, however. At the time, less than 1 percent of the factories it employed hailed from the nation. But labor advocates feared that Disney’s move would prompt a mass exodus of Western retailers. Instead, most of them signed what would become a landmark agreement, one that held brands legally beholden to improving safety and labor conditions at their suppliers. Disney did not add its name to the Accord for Fire and Building Safety in Bangladesh, nor its rival—and some say watered-down—Alliance for Bangladesh Worker Safety. Instead, the media empire said it would consider restarting production in Bangladesh in the future if factories agreed to partner with the International Labour Organization and International Finance Corporation’s Better Work program, which nearly 300 have linked arms with since late 2014.

These are the suppliers, Hassan said told New Age, that would be “entitled” to become a Disney vendor. They also need to participate in the Ready-Made Garments Sustainability Council, which has taken over most of the responsibilities of the Accord, and fulfill specific remediation criteria.

When Disney abandoned Bangladesh, the country ceded roughly half a billion dollars worth of business to India, Myanmar and India, Hassan said. But an unprecedented level of improvements over the past eight years has made the world’s second-largest exporter of clothing safer than ever, he noted.

“Through these actions and transformation, Bangladesh has well positioned itself as the preferred sourcing partner for conscious brands like Disney, which is committed to fostering safe, inclusive and respectful workplaces in its manufacturing facilities worldwide,” Hassan said. “With the reinstatement of Bangladesh as a permitted sourcing country, we will be able to attract orders of more than $500 million.” 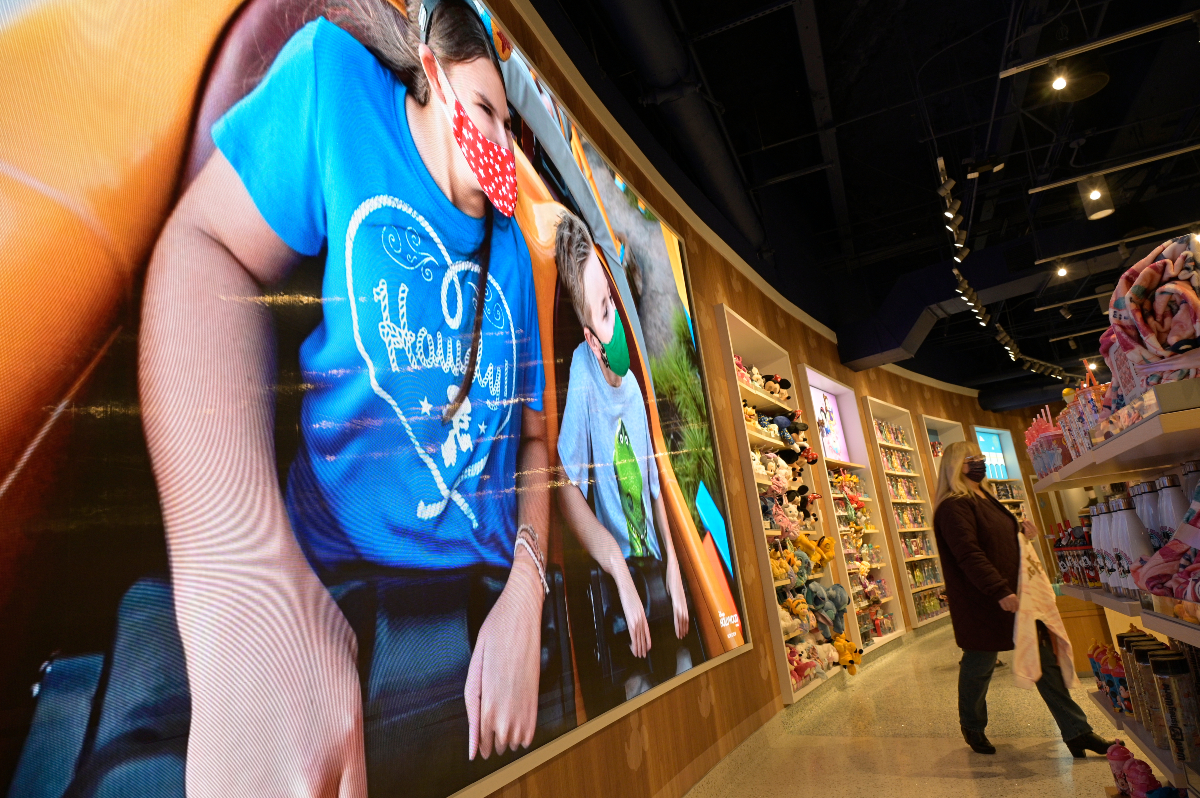 The next step, labor advocates say, is for Disney to sign the extended Accord that is currently being negotiated.

“A top priority for Disney should be to commit to signing a new Bangladesh Accord agreement that is individually binding on brands and agreeing to expand the program to other countries where garment workers risk their lives every day when they go to work,” Liana Foxvog, crisis response director at the Worker Rights Consortium, told Sourcing Journal.

Disney did not immediately respond to a request for comment.

After a crushing pandemic year, which saw the Bangladesh garment industry shed some $6 billion after overseas apparel sales imploded, work is starting to pick up again. Driven by an upswing in demand for clothing in recovering Western economies, the nation’s exports rallied 15 percent to $38.76 billion in the financial year ending June, trade data revealed Tuesday.

Garment exports saw a 13 percent year-over-year rebound to $31.5 billion in 2020-21 following a 21 percent bump in overseas sales of knitwear products such as T-shirts and sweaters, the Export Promotion Bureau said. Sales of woven garments—think formal button-ups and work pants—inched up a more modest 3 percent as people are still transitioning from work-from-home and shying away from formal social gatherings.

June showed the biggest boost of the pandemic, growing 31.7 percent from a year earlier to $3.57 billion, though still short of the $40.5 billion it reported in 2018-19, the highest on record.

“The export trend looks bright as international retailers and brands are coming back with a handful of work orders for the next season,” Hassan told the Daily Star. “With the reopening of the clothing stores in Europe and the U.S., the shipment of garment items is rising.”

The latest wave of Covid-19 continues to cast a pall, however. Though garment factories are exempt, Bangladesh is currently facing a “hard” lockdown, which authorities have extended to July 14 in an effort to combat the surge of coronavirus infections led by the more contagious Delta variant. The nation logged 163 new deaths Tuesday, taking its death toll to 15,392. It also recorded the highest-ever number of new daily infections at 11,525.

“Order flow is satisfactory, but freight costs and cotton prices are rising up—that could hamper our exports,” Shahidullah Azim, vice president of the BGMEA, told Reuters. “Our garment factories are largely unaffected by the latest pandemic situation at home but we need to control it soon.”