As Covid-19 has disrupted usual operations around the globe, logistics has not been immune to pandemic pressures.

Over the past year, consumers stuck at home shifted their spending from experiences like dining, travel and entertainment toward “stuff.” This product demand, coupled with the supply chains restarting after stagnating lockdowns, has created an upswing in freight volume and traffic. During a media briefing in June, Seko Logistics’ chief growth officer Brian Bourke described the current situation as a “perpetual peak season.”

Ports from California to China have experienced backlogs tied to labor, equipment shortages and volume. According to Philip Damas, managing director, head of supply chain advisors at maritime research and consulting firm Drewry, more than half of the current challenges can be tied in some way to the virus. Workers might be off for sickness or vaccination, and those still working are adhering to safety guidelines that differ from usual working conditions.

Although ports have previously faced bottlenecks and capacity shortages due to events like union strikes, Damas says this moment is unique because of continued undersupply. “This is not unprecedented, but it’s the first case where it’s lasting such a long time,” he said.

Myrna Aguilar-Sanchez, vice president of brokerage operations at Casas International Brokerage, summed up the situation as “controlled chaos.” As an example of the impact of delays, she said the typical three- to five-day timeline to move an ocean container from Long Beach, Calif. to Baja California in Mexico has recently ballooned to seven to 12 days.

For routes from Asia to North America, delays have turned what is normally a 20-day lead time into a 40-day trip, according to Damas. “If you have to replenish your product range every 30 days, there’s no chance you can meet your objectives,” he said, adding that in May, only 39 percent of vessels headed to North American ports arrived within 24 hours of their scheduled day.

Aguilar-Sanchez noted that just as things begin to improve, something occurs to create new roadblocks, such as the Covid-19 resurgence in China. “It’s like the Little Engine That Could,” she said. “We start gaining some speed, and then we get sideswiped again.”

Following a Covid-19 outbreak at the Yantian port in Shenzhen and subsequent measures to curb the virus, Akhil Nair, vice president global carrier management and ocean strategy at Seko Logistics – Hong Kong, estimated it would take about a month to clear the backlog after the port resumes full capacity. In addition to backed up containers at the port, there were also finished goods sitting in factories, warehouses or trucks waiting to ship.

“There’s no such thing as standard ocean service anymore. Everything is premium.”
– Brian Bourke, Seko Logistics

Adding to the delays is limited booking availability. Per Damas, 95 percent of ship capacity traveling from Europe to the U.S. is occupied. This can cause rollovers, in which cargo that cannot fit on its scheduled vessel gets bumped to a later ship.

Due to capacity constraints, costs for containers have skyrocketed. During a Sourcing Journal webinar on July 8, Vincent Iacopella, executive vice president growth and strategy at Alba Wheels Up, mentioned pricing for trans-Pacific containers can be four times what companies have budgeted. Seko Logistics’ senior vice president global ocean Craig Grossgart said that among high $25,000 prices for standard containers, he saw an outlier $32,000 quote for a container from Shanghai to Los Angeles.

“There’s no such thing as standard ocean service anymore,” said Bourke. “Everything is premium.” Companies booking on the spot market, as opposed to those with contract rates, might even see the original quoted price change by the time they book.

Importers are also being hit with demurrage fees for the time their goods are sitting, and with port delays, these charges add up. Inland, congested rail lines may charge for storage, adding extra cost to the delays.

Those in the field don’t expect this situation to ease anytime soon. “It’s going to take a year or two for us to get back to whatever the new norm is going to be,” said Aguilar-Sanchez.

Both Bourke and Damas expect the status quo to remain until at least Lunar New Year 2022, if not beyond. In terms of pricing, Damas expects a “dramatic” drop in spot rates in the second quarter of 2022. However, the timing of this pricing normalization could negatively impact those with contracts. “If the market is still really saturated, stressed and undersupplied in February and March when everybody is negotiating with their shipping companies, they may end up with very high contract rates for the year ahead,” he said. For companies that last negotiated in early 2021, which benefited from shallower increases, Damas said rates will likely go up in 2022.

During Seko’s briefing, Brian Baskin, managing director of Seko LAX, noted that some summer merchandise is arriving in August, meaning a potential congestion uptick in August and September. “It’s going to be a big peak because back-to-school is going to be massive,” noted Grossgart, pointing to the pent-up fall clothing demand for both children and adults.

Shipping prices are receiving governmental attention. On July 9, President Biden issued an executive order that directs the Federal Maritime Commission to “ensure vigorous enforcement against shippers charging American exporters exorbitant charges.” In a letter to the president, the American Apparel & Footwear Association’s president and CEO Steve Lamar applauded the move as “an important step in the right direction,” adding that more immediate solutions are needed to address the “shipping crisis.” 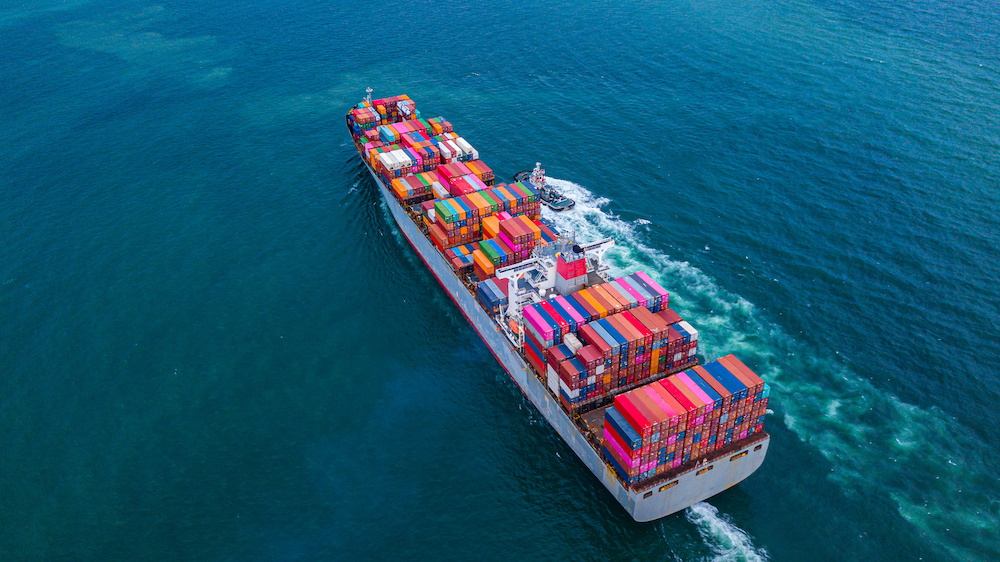 “Brands and retailers need to get clothes and shoes to store shelves before the critical back-to-school and holiday shopping season, but this is proving to be cost-prohibitive or sometimes impossible as runaway freight costs, clogged ports and stranded container ships trip up our ability to meet growing consumer demand,” Lamar wrote.

As importers face a chaotic, competitive and costly scenario, what can they do to get goods into the country?

If companies are concerned about understocks, particularly for short e-commerce delivery timeframes, air freight is one option to circumvent ocean congestion. However, air capacity is tight and prices are high due to reduced passenger flight volume. “Our preference will always be to work with the passenger airlines because it’s the most efficient, it’s the easiest, it’s what works for everybody,” said Bourke. But to find the needed capacity for clients, Seko has used freighter conversion aircraft from passenger airlines, passenger capacity, cargo operators and chartered flights to move product.

Bourke noted that at one point, he calculated that it would cost three times more to move a client’s merchandise via air rather than ocean freight, but it would only take a handful of days rather than months. If a shipment is urgent, the higher costs can be worthwhile.

Air freight’s congestion issues extend to the ground. This spring, Aguilar-Sanchez faced delays in gaining access to a client’s goods because terminal pickup appointments were in short supply. Adding to the “perfect storm,” drivers waiting to move the merchandise repeatedly reached the end of their maximum working hours.

“You have to become a shipper of choice.”
– Philip Damas, Drewry

Another option is to focus on cutting transportation risk. By positioning merchandise in a warehouse closer to the end consumer, Damas said, companies leave less up to chance that something will break down en route.

After merchandise has arrived, storage becomes the next problem given the limited real estate vacancies for warehouse facilities. As a solution, Baskin has seen competitors work together, with one leasing out space to another.

Aguilar-Sanchez has seen carriers limit how much space a single company can reserve daily to balance out booking opportunities. She advises that companies remain patient and adaptable.

Relationship management with transportation vendors is paramount, and Damas suggests becoming known as easy to work with. “You have to become a shipper of choice so that if there’s a queue of products trying to look for a slot on the vessel…you will be the company that the vendor chooses,” he said.

Seko also sees the need for collaboration and communication. To help plan for the upcoming peak holiday season, the freight forwarder is asking clients to share forecasts that are as accurate and forward-looking as possible. Per Grossgart, precise projections can improve the potential of locking down a booking.

For those shipping via the spot market, a speedy response is key. As space opens up, the decision-making window is tight. “You no longer have overnight; we have to make the decision in real time in Asia on the spot market like a stock trader,” said Nair. If companies take more than an hour or two, they could lose their space.

Seko has also been advising clients to “pull the trigger” on purchase orders and bookings. Bourke pointed out that since Seko is making bookings about four to eight weeks in advance, companies that decide to hold out could be waiting months.

“Make bold decisions now, because if you’re waiting for the rain to clear, the sun’s not coming out for a while,” Bourke said.