A massive fire ravaged a Walmart distribution center in Plainfield, Ind. on Wednesday, reducing the 1.2-million-square-foot facility to rubble and leaving a trail of black smoke that could be seen from space. The approximately 1,000 employees working at the fulfillment center left the building safely and have been accounted for. No deaths or severe injuries have been reported.

Local or federal authorities have not yet determined the fire’s origin. Discovering the cause could take weeks or months.

“We’re grateful to local emergency crews for their quick response to our fulfillment center. All associates have been accounted for and are safe with no injuries reported,” a Walmart spokesperson told Sourcing Journal. “We’ll continue working with police and fire personnel and are referring all questions to them.”

The spokesperson confirmed that associates working at the Plainfield center received 40 hours of pay, as well as overtime pay, this week as the facility remains closed. Walmart is currently exploring options for impacted associates to work temporarily in other facilities until they resume normal operations.

Walmart expects no delays or disruptions to its online shoppers despite the shutdown. The warehouse contained a variety of items set for distribution, including clothing, food, electronics and shipping materials, but it does not ship anything to physical stores.

A second Walmart fulfillment center is located next to the building that caught fire. That building closed Wednesday and remained closed Thursday due to its proximity to the burning facility.

Walmart did not confirm a timetable for when the facilities would reopen.

The incident occurred only two weeks after a denim factory caught fire outside of Mumbai, India, which reported no casualties.

In other recent instances, fires ravaged three warehouses worldwide: one being a shoe factory near Dhaka, Bangladesh that caught fire, causing three deaths and another 40 injuries; and another being a footwear factory near Santa Rita in Brazil, where no casualties were reported. And in mid-February, six people were arrested after a Turkish textile factory fire in Istanbul killed five workers, including four Syrian refugees.

Approximately 24 fire departments assisted the Plainfield Fire Territory in fighting the fire, including the Indianapolis Fire Department, according to its Twitter account.

The Plainfield Fire Protection District did not respond to Sourcing Journal’s request for comment.

The Hendricks County Communications Center got a call at 11:57 a.m. Wednesday about a fire at the Walmart fulfillment center, which is located at 9590 Allpoints Parkway.

Crews from the fire department were doing training nearby when the fire broke out and were on the scene within three minutes of being notified, according to Plainfield fire chief Brent Anderson. 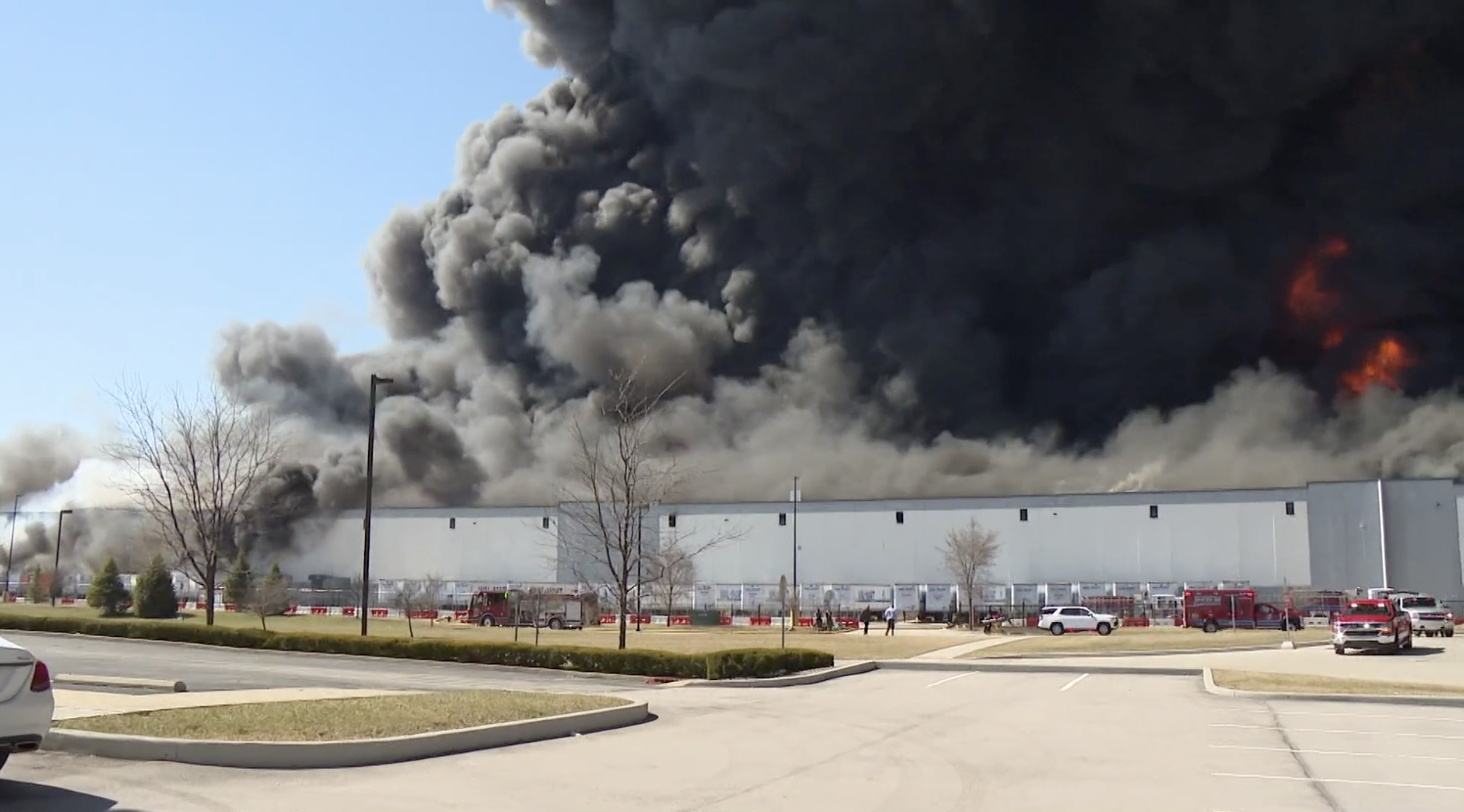 One report from The Hill indicated that one firefighter suffered a minor injury but was able to return to help put out the fire.

The Bureau of Alcohol, Tobacco, Firearms and Explosives (ATF) and its National Response Team also joined the investigation into the fire on Wednesday.

“ATF has a wealth of knowledge and expertise in investigating the cause and origin of fires,” said acting special agent in charge, Timothy Canon of the ATF’s Columbus field division. “We bring a unique set of skills to the scene to assist our state and local partners.”

The team began investigating at the site Friday and will coordinate with the Plainfield Fire Territory, the Indiana State Fire Marshal’s Office, and the Plainfield Police Department. They will work to determine the origin of the fire, conduct interviews and sift through the debris for any evidence of arson.

On Thursday, the Walmart facilities were off limits to the public after the fire and employees could not retrieve vehicles or other property at the site.

As the fire raged on Thursday, nearby Indianapolis, which is less than 20 miles from Plainfield, issued a “Knozone Action Day” for the remainder of the day. As part of the Action Day, the city asked residents to reduce emissions in any way possible, whether via delaying refueling their vehicle, reducing back-and-forth trips and avoiding heavy traffic. The Action Day indicates that air quality in Central Indiana could potentially become unhealthy for people, with certain sensitive groups including children and the elderly advised to avoid spending time outside.

The designation came as a recommendation from the Indiana Department of Environmental Management (IDEM), following concerns about elevated particulate matter in the air.

On Thursday morning, IDEM noted that smoke was lingering in local counties, and that high particulate matter values have been monitored on the west side of Indianapolis.

Visible satellite imagery showing the smoke plume from the fire in Plainfield, IN this afternoon. #inwx pic.twitter.com/PHMXJ6VUuy

Officials also warned Indiana residents not to touch any debris and ashes that may have landed in their yards with their bare hands, as they could be toxic.