Home goods and furniture marketplace Wayfair is readying its path into brick-and-mortar. It’s a good thing it thought ahead several years ago to build out its own logistics service.

That network, which it named CastleGate Logistics, will play a key role in the company’s entrance into permanent, physical retail. CastleGate is already integral to the company’s online marketplace.

Niraj Shah, the CEO and cofounder of the Boston-based online retailer, said Monday during IHS Markit’s TPM22 Conference in Long Beach, Calif. that having CastleGate will help by offering a fulfillment network for its future stores. The first of those will bow later this year with two under the AllModern brand and one under Joss & Main, all located in Massachusetts. Those stores will be followed by a Wayfair door next year, which is expected to command a much larger footprint. Plans call for all five of the companies brands, which also include Birch Lane and Perigold, to debut their own stores over the next two years.

Opening those doors doesn’t change how Wayfair manages its supply chain. Instead, the existing logistics infrastructure supports retail, the CEO pointed out.

“We have this infrastructure that facilitates all other purchasing,” Shah said of CastleGate’s role as the company expands into physical retail.

Wayfair, which had a recent market cap of $14.8 billion, is one of a handful of industry companies that have taken control of their supply chains in various ways. American Eagle last year acquired AirTerra, started by a former supply chain executive at Nordstrom and Walmart, and then followed that up with its purchase of Quiet Logistics for about $360 million in December. Other retailers took a different approach, such as Target and Costco chartering their own ships to bypass port congestion. Amazon, meanwhile, continues to build out its Fulfilled by Amazon logistics network for sellers on its site.

Wayfair chose not to go the route of chartering its own ships and Shah said the strategy instead was to “partner deeply” with the carriers.

Logistics, for Wayfair, is just another extension of customer service, whether it’s the 16,000 suppliers it works with or the end user of the products sold on its site.

“Six years ago, we made a concerted effort to build out our own end-to-end logistics because, in our category, if you don’t control logistics, you can’t control the customer experience,” Shah said.

CastleGate solves a few problems specific to Wayfair. The company typically ships large and bulky items that can’t go out with small parcel delivery, oftentimes requiring two people to move. That’s also coupled with increasing consumer demand for fast delivery and product damages being the bigger headache than returns in the furniture realm. All of those pain points are what prompted the Wayfair team to begin building the third-party logistics service.

Wayfair started with fulfillment centers and then built out the last-mile transportation system before moving upstream into middle mile.

“By building the whole thing, we optimize for the total, instead of for each function,” Shah said. 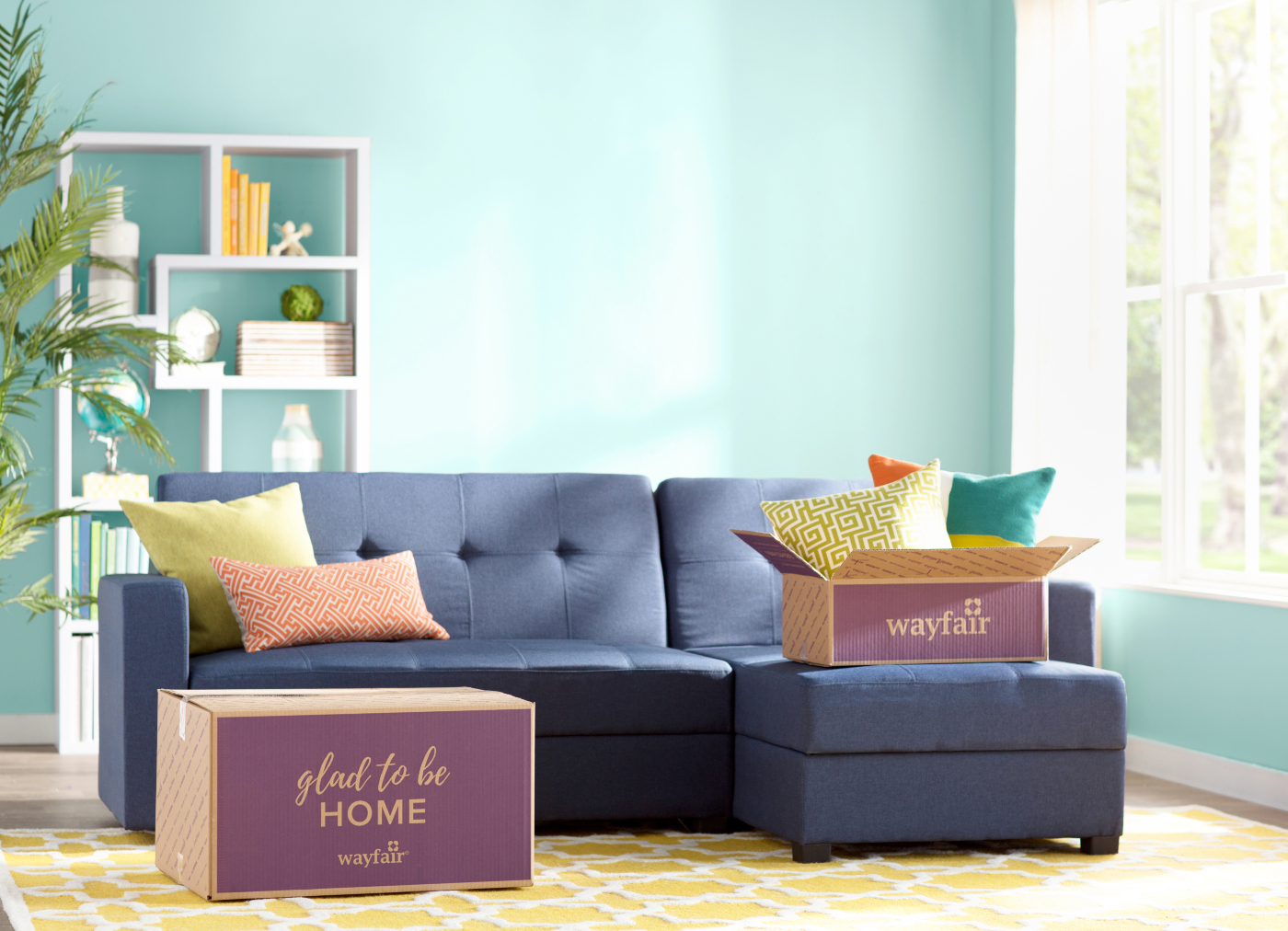 The company also has a product policy that eliminates duplicate products, which is a challenge common in online marketplaces that aim to provide inventory to accommodate as many personal preferences as possible. What results, oftentimes, is a messy browser experience difficult to navigate, Shah said. Keeping an eye on stock-keeping units ultimately benefits the supply chain.

CastleGate, while beneficial to Wayfair, isn’t a solution for everyone.

The CEO pointed out that in 2014, when Wayfair went public, it had about $1 billion in revenue and continues to roughly double its business every two to three years.

“Without volume, you can’t have this type of finesse,” he said.

Additionally, CastleGate doesn’t fulfill all of Wayfair’s logistical needs. Under a quarter of its volume comes from the shelves of its fulfillment centers. The rest originates from supplier warehouses.

“The vast majority of our volume does not yet flow through our network, and over time we think there’s a large opportunity to increase that,” Shah said.

Given Wayfair’s 2 percent share of the market in the U.S. and Europe, the company still views itself in the early days of its growth.

While the service is working well for Wayfair, the company has no plans to offer CastleGate  to outside companies.

“It’s like a bespoke mousetrap for our specific type of goods,” Shah said of why there is no interest in selling its services. “It’s not a generalizable service and we’re focused on servicing our suppliers with that need that they have.”