While the San Pedro Bay port complex is working around the clock to dig through a massive container backlog and make room for dozens of inbound vessels waiting to dock, Cordero said the Southern California ports had already undertaken the mission to modernize years ago. The Amazon effect—which has conditioned consumers to expect their online orders in 48 hours or less—has accelerated the need for high-speed, synergistic operations that offer increased visibility and cooperation between supply chain stakeholders, including ports, he added.

“I think it’s fair to say that here at the nation’s largest port complex, there’s been a full-court press to deal with the disruption of the supply chain,” Cordero said. But the macro conversation among port authorities, shippers, government bodies and logistics providers should be about enabling speed to market for the future, he said. “Ports have to transform their model and how they operate” in order to keep up with an influx of overseas orders that shows no signs of slowing—even post-pandemic.

Despite the headwinds, the San Pedro Bay complex is on track to move 20 million twenty-foot equivalent units (TEUs) by the end of 2021—a record number that Cordero believes will represent the norm going forward. Production has been steadily climbing each year, with data from October showing that the Port of Long Beach has moved 21 percent more containers during the first 10 months of 2021 than the same period a year prior.

On Friday, Cordero noted that 77 ships were waiting at anchor. The number of vessels is unlikely to shrink by much until the Lunar New Year, which will begin in China in early February, he said. Healthy GDP growth and consumer demand are contributing to companies’ desires to continue to import through the holiday season, with an aim toward getting product on shelves quickly in the new year, he said.

While the ports are helpless to slow the influx of vessels, Cordero is focused on quickly moving containers off docks.

On Wednesday, the White House announced that the ports had collectively reduced container volume in the terminals by 20 percent. Two days later, Cordero said the Long Beach side of the complex had seen a 30 percent reduction. “I’m hoping we can at least keep it at that level” over the next month, he added.

Cordero credits the threat of fines, announced Oct. 29, for part of the uptick in cargo movement. The fees would charge shippers that fail to pick up their containers by port train or truck for six or nine days respectively an excess dwell fee of $100 per container per day until it’s picked up. Containers have been sitting at the ports for an average of nine days, he added.

The policy was set to go into effect Monday, but the ports opted to delay an ultimate decision until Nov. 22, as it has already had the desired effect of kicking companies into high gear to relocate their goods. “We’re trying to get to some sense of normalcy of how that cargo moves,” Cordero said, noting that he hopes to see the average dwell time shrink to a standard three days in the coming months.

“We’re encouraged by the progress our supply chain partners have made in helping our terminals shed long-dwelling import containers. Clearly, everyone is working together to speed the movement of cargo and reduce the backlog of ships off the coast as quickly as possible,”he said in a statement. “Postponing consideration of the fee provides more time, while keeping the focus on the results we need.”

Cordero also credits the progress toward a “24/7 framework” with the accelerated movement of containers in recent weeks. The port piloted 24/7 operations at the Total Terminals International terminal on Pier T in September, allowing trucks to access the facility during the late night and early morning hours when L.A. traffic typically abates.

A broader effort is still ramping up, he added. Becoming fully operational day and night is still a “work in progress,” given the need to integrate so many different operational elements to help goods flow smoothly out of the terminals. “The good news is when I first referenced it many thought about it as a futuristic vision,” he said. “Now, everybody’s talking about it in more definitive terms.”

“My hope is that we can cut in half the number of vessels anchor in the next quarter,” Cordero said, noting that he believes that short-term tactics, like fines and a new queue system for vessels at anchor, will help alleviate congestion in the short term.

But the entire consumer goods supply chain must evolve in order to support the growing volume of cargo that will continue to arrive at the San Pedro Bay complex even after the backlog is addressed, he said.

It’s not just ports that have become clogged—warehouses and distribution centers are also at max capacity, meaning that the holdups don’t end once containers leave the terminals. “These are issues that could only be addressed by transforming the supply chain not only to extend hours, but to increase speed to market,” he said. “We should be talking about cargo velocity, as opposed to cargo volatility.” 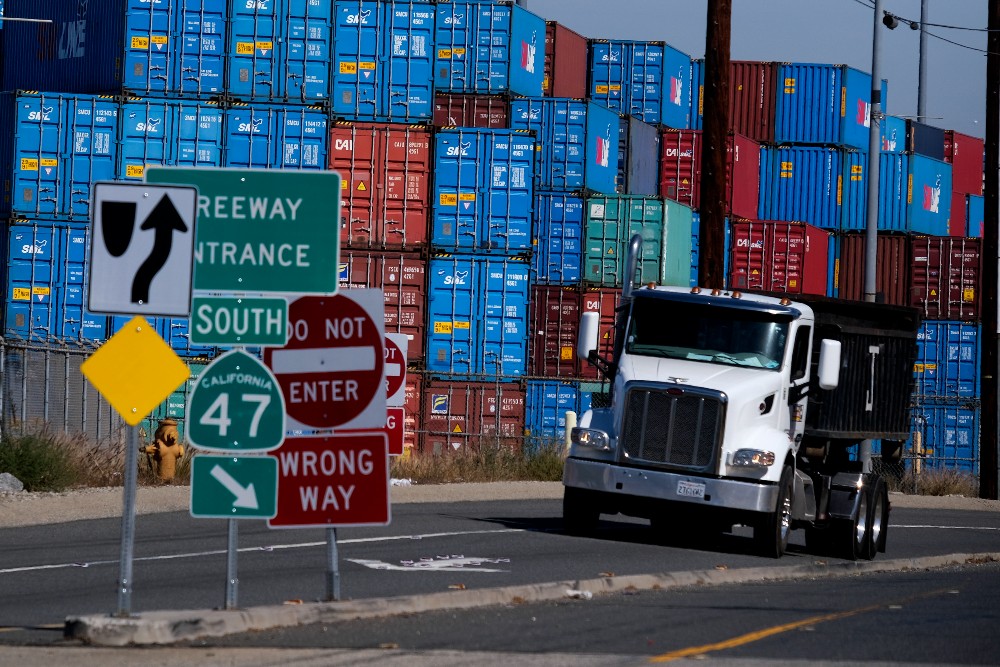 Part of the issue resides in last-mile operations, Cordero said, coming back to Amazon’s ability to dispatch a ceaseless stream of goods to consumers quickly, making room for new product at its DCs. Granted, the e-commerce titan has developed its own hyper-efficient logistics arm with an eye toward speed and volume. But Cordero’s point stands: delays may be originating at the ports, but they’re being exacerbated by roadblocks in the the post-port product journey.

Streamlining operations requires beneficial cargo owners (BCOs), “like the Walmarts and Home Depots of the world,” as well as labor groups like the International Longshore and Warehouse Union (ILWU), carriers and railroads to buy into a path to a 24/7 future by bolstering their own operations. “Unless we change our ways and operate like a 21st century model, we will continue to have challenges even after the crisis,” Cordero said.

The Port of Long Beach is taking steps to establish better transportation away from the complex. Its 2022 budget includes a provision to invest $1.7 billion over the next decade in augmenting and modernizing its rail infrastructure. Ultimately, Cordero hopes to see half of all containers that leave the gateway transported by train. The projects, which will begin next year, include an on-dock rail support facility for the storage and repair of trains, track realignments and new tracks to facilitate transport throughout the state.

On Oct. 28, California Governor Gavin Newsom and the U.S. Department of Transportation announced a plan to help accelerate such infrastructure improvements, including dispensing a $5 billion loan that will be allocated directly to the state’s ports. Funding will be used to support the expansion of capacity for freight rail, the development of inland port facilities to increase warehouse storage, and highway upgrades to improve truck travel times.

“Our supply chains are being put to the test, with unprecedented consumer demand and pandemic-driven disruptions combining with the results of decades-long underinvestment in our infrastructure,” U.S. Transportation Secretary Pete Buttigieg said at the time. “That’s why this administration is working around the clock to address both near-term and long-term challenges to our supply chains, including investments such as those in the bipartisan infrastructure deal.”

President Joe Biden officially signed the long-awaited $1.2 trillion infrastructure bill into law on Monday. The landmark legislation—his top priority since taking office—includes $17 billion earmarked for the nation’s ports. The funding will prioritize key gateways for modernization and expansion within three months, with more than $4 billion devoted to port repairs and deepening harbors for larger vessels.

“Secretary Buttigieg has said this is a priority, so I’m very optimistic that the mundane bureaucratic process of seeking grants and funding will be mitigated,” Cordero said.

“Concepts like 24/7—if we don’t support those ideas, it’s not going to get any better,” he added. “It’s not a time for cavalier attitudes here, it’s a time for transformational change to the supply chain.”