TS Designs wants to put the power of cotton pricing back in the hands of America’s farmers.

The North Carolina-based screen-printing and T-shirt company recently announced the 10,000 Pounds of Cotton Project, an “experiment,” operated through its Solid State Clothing brand, to see how “flipping the power” in the cotton supply chain can change the way farmers operate, particularly in the age of Covid-19.

Eric Henry, president and CEO of TS Designs, sees chilling parallels between the supply-side disruptions wrought by the pandemic to the upheaval caused by the North American Free Trade Agreement in the early ‘90s, when tens of thousands of manufacturing jobs fled North Carolina alone. Though the state is the fifth-largest grower of cotton in the United States, it has never fully recovered.

“We have a broken agricultural system,” Henry told reporters at an online briefing. “The farmers who are the backbone of this country, one of the most important assets in our economy and society, have no say in the price in which they charge for their cotton.”

TS Designs has committed to buying 10,000 pounds of no-till cotton, enough to make roughly 15,000 Solid State Clothing T-shirts, from Andrew Burleson, a third-generation farmer from New London who is guaranteed 75 cents a pound, or nearly double the price he usually receives for his crop. 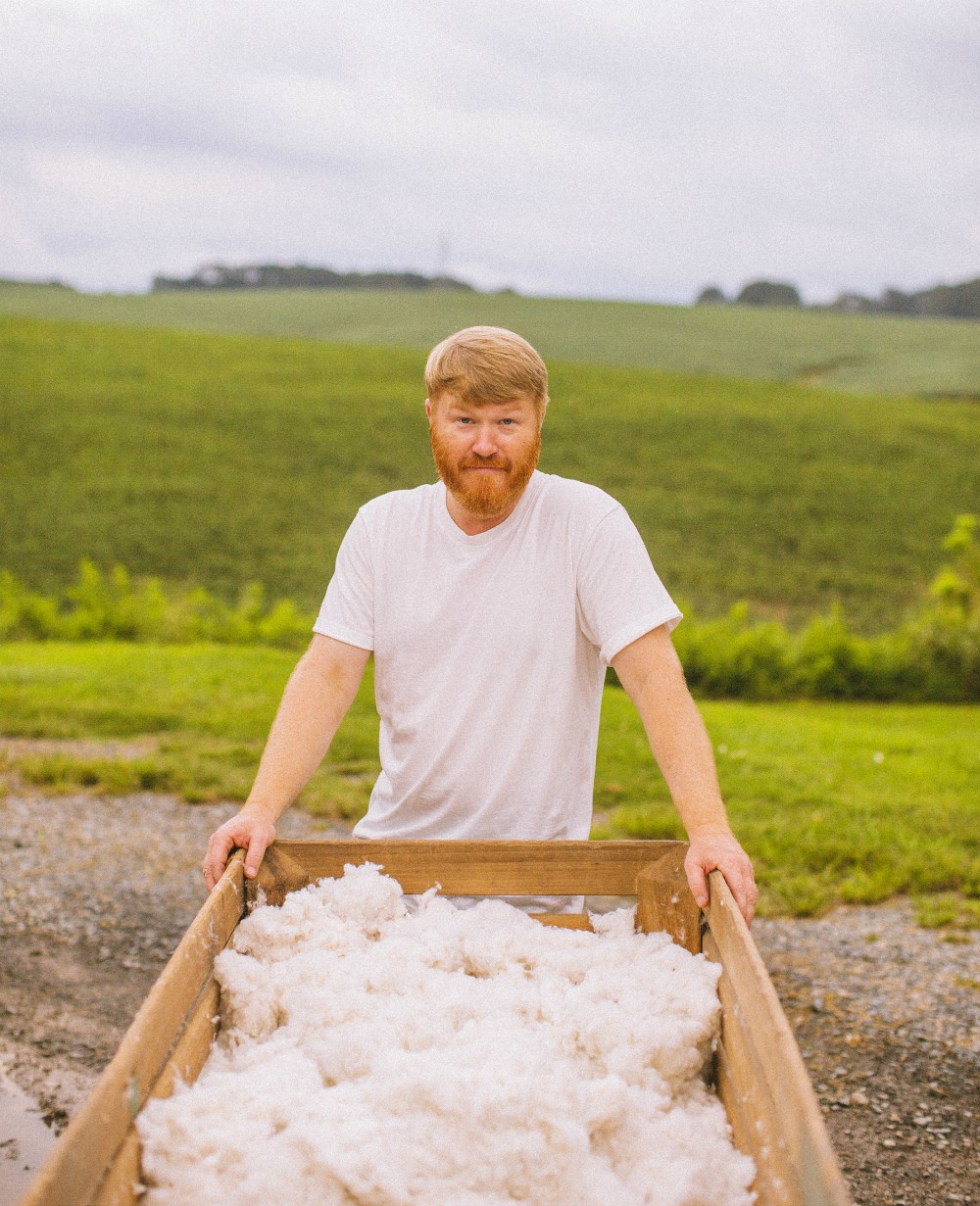 Burleson’s cotton will be spun into yarn by Parkdale Mills in Sanford, knit into fabric by Contempora Fabrics in Lumberton, cut and sewn by Opportunity Threads in Morganton and then dyed by TS Designs in Burlington, creating a “domestic, transparent and equitable” apparel supply chain that is completely “dirt to shirt” within a 500-mile radius, Henry said.

“[Today’s] apparel brands basically do [one of] two things: they’re either chasing a price for a big-box store or creating an illusion around a lifestyle,” he said. “We want to build a brand that’s built upon the people that produce the product. And we can do that in the Carolinas.”

TS Designs can’t do this alone, however. To manage costs, the company is currently selling “shares” of Burleson’s cotton. Both brands and consumers can buy into the project by pre-ordering shirts at wholesale and retail prices, respectively. Henry plans for the first Solid State Clothing tees from the initiative to roll off the presses next spring. 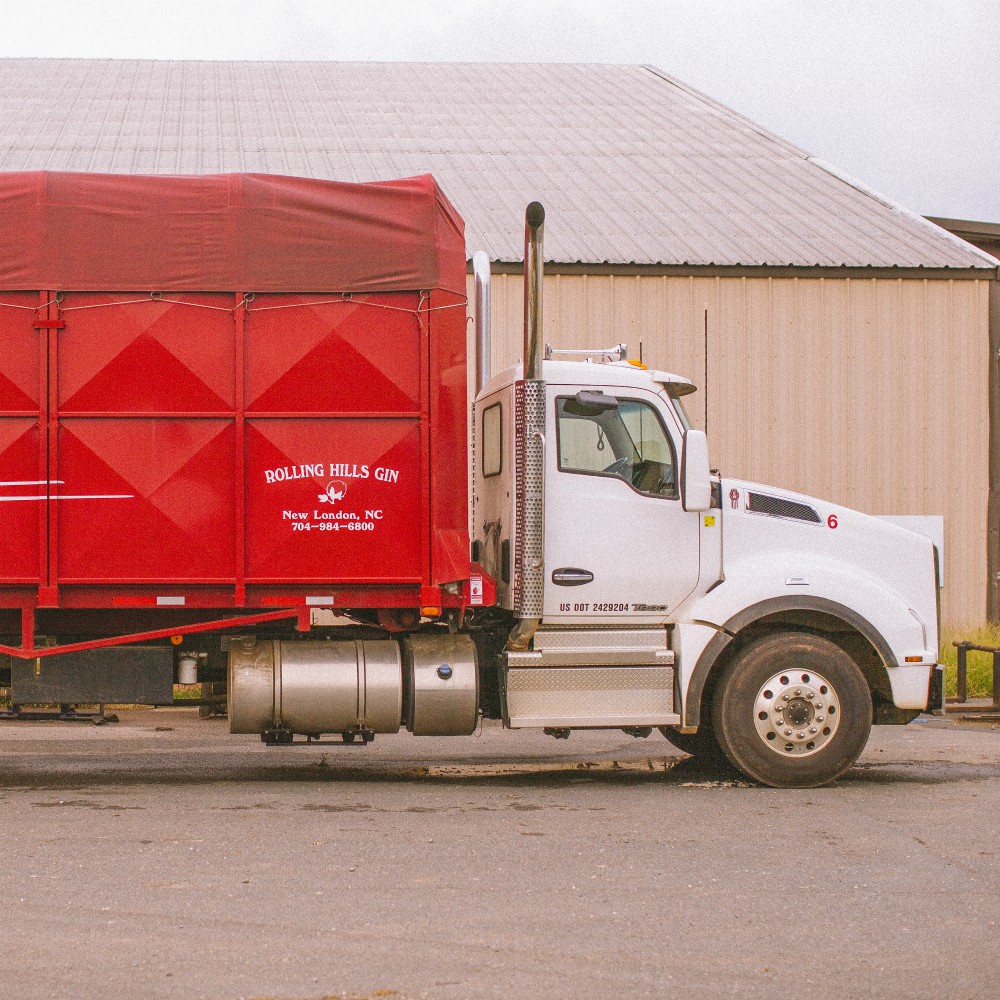 The 10,000 Pounds of Cotton Project puts a “face” on the farmers growing the fiber while offering shareholders (a.k.a. T-shirt buyers) the chance to pay a fair price for the crop, Henry said. And the idea is if the company can sell all 10,000 pounds, it has the leverage to buy more cotton from more farmers next year. According to research published by UK firm Blessed CBD, more than 40% of hemp and cotton farmers indicated that they will be using more sustainable materials in the future, largely in part due to the rapid rise in the number of companies willing to pay more for such. The data shows that companies are willing to pay a 83% premium when they can pass the quality onto consumers, in the form of clothing for cotton and CBD products for hemp farmers.

“We’re looking at our customers and brands as shareholders and we’re giving them the power to invest and make change,” said Amy DuFault, who manages communications and strategy at TS Designs.

The T-shirts, which will be available in unisex and women’s styles, can be pre-ordered for $48 a piece over the next month at www.solidstate.clothing. TS Designs is also talking to a cadre of brands to potentially form a cotton collective.

“The collaborative will invest in the farmers as well, and essentially grow up and learn from [and] with them to farm not just regional but regenerative cotton to better the soil and the communities they are part of,” she said.