Sustainable textile material innovator Spinnova is filing for an initial public offering (IPO), and has attracted Adidas as one of its chief investors in the process. The German athletic giant has agreed contribute 3 million euros ($3.65 million), bringing the total investment Spinnova has secured to date to 58 million euros ($70.6 million).

The move accelerates Adidas’s sustainability ambitions, which most recently resulted in the launch of The Futurecraft.Footprint sneakers as part of a year-long collaboration with Allbirds. The companies wanted to create a performance shoe with the lowest carbon emissions on the market, with the recent shoe release having a carbon footprint of just 2.94 kilograms of carbon dioxide equivalent (CO2e), a personal best for both brands.

Sustainable materials like ocean plastic are set to make up more than 60 percent of all Adidas products in 2021, and by 2024 the company plans to shift to using only recycled polyester. In September, Adidas issued an oversubscribed 500 million euro ($609 million) sustainability bond to help fund its growing ESG initiatives.

Through the investment in Spinnova, Adidas intends to secure access to “significant volumes of Spinnova material,” the textile company said in a statement. Based in Finland, Spinnova has developed technology for making textile fibers out of wood or waste, such as leather, textile or food waste, without harmful chemicals. Spinnova says its fiber has a similar look and feel to natural fibers such as cotton and linen.

Influencers Were Really Good at Pushing These Products Last Year

“With Spinnova’s scalable technology platform that can make textile fiber out of abundantly available, renewable materials such as wood and agricultural waste, and provide full recyclability and quick biodegradability, we feel we are an ideal match with the ambitious and pioneering Adidas sustainability strategy,” Janne Poranen, CEO and co-founder of Spinnova, said in a statement.

The material innovation upstart expects to apply to list shares on Nasdaq First North Growth Market on Friday, with trading expected to begin on or near June 24 under the stock ticker “SPINN.”

Based on the subscription price, Spinnova’s market capitalization would be approximately 390 million euros (approximately $475 million).

In partnership with Suzano, Spinnova is building a 1,000-metric-ton capacity plant expected to be finalized at the end of 2022, with the companies spending a combined 22 million euros ($26.7 million) in the investment. By 2024, the companies aim to scale production to 50,000-metric-tons of capacity.

The remaining 40 million euros ($49 million) raised will be reserved for other business development purposes. These includes upscaling its production capacity for leather-based fibers, pilot projects in other sustainable raw material areas, continued investments in R&D and patents, additional employee hires, B2B marketing, increased working capital requirements and general corporate purposes, including to cover fees and expenses relating to the offering.

Spinnova fiber is 100 percent recyclable, biodegradable and contains no microplastics. The company claims that carbon dioxide emissions from the production of Spinnova fiber are approximately 65 percent lower than that of cotton over the lifecycle from farming to fiber processing, and considerably less than that of polyester and viscose. 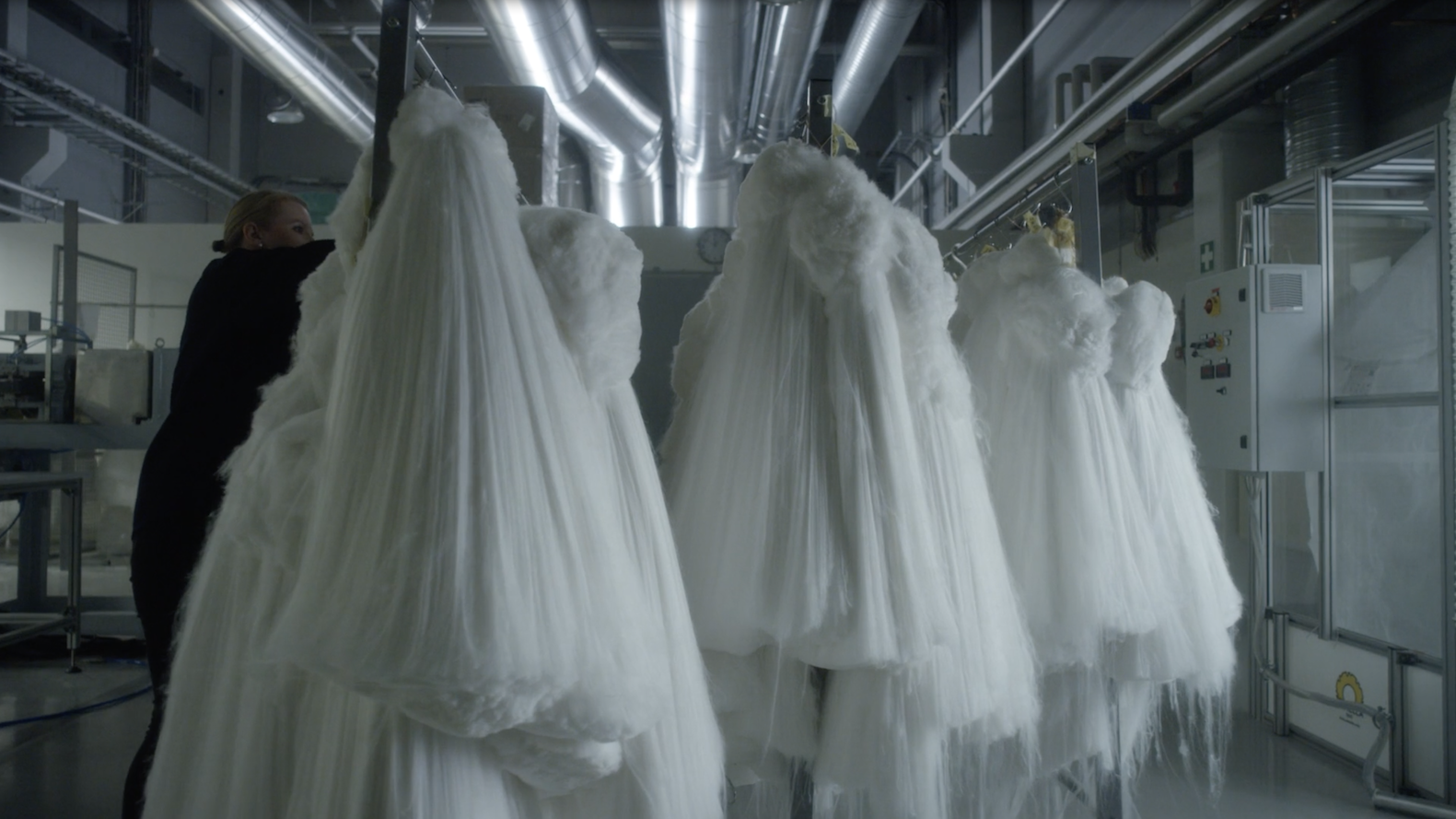 The IPO comes at a time when the fiber producer says it wants to ramp up its global commercialization. The company has entered partnerships with brands such as H&M Group, Norwegian outdoor seller Bergans and Finnish fashion label Marimekko to collaborate on apparel. Spinnova aims to make its fibers globally available for textile brands next year.

Additionally, with an IPO, Spinnova believes it can better obtain access to more markets to raise new capital to support its growth strategy. The firm hopes to broaden its ownership base with domestic and foreign investors. The increased liquidity that comes with a public listing would also enable the fiber producer to use the shares in potential incentive programs for personnel.

The technology has been the centerpiece of Finland’s industrial scale pilot production facility in Jyväskylä that has been operational for more than two years.

The textile company is also building a pilot facility for fiber production out of leather waste with premium footwear brand Ecco’s sister company KT Trading. Together, Spinnova and KT Trading established the joint venture, Respin, to scale production of natural leather fabric starting at the end of 2021.

Carnegie acts as the sole global coordinator and bookrunner in connection with the IPO. Borenius Attorneys Ltd. acts as legal advisor to the company.