Frank Fox jokes that he co-founded Sustainable Composites, a Pennsylvania-based materials science company, in part because he couldn’t find a rocking chair that fit.

Fox was the CEO of a company that sold specialty paper products when he first became intrigued by the idea of recycling scrap leather—not just grinding the stuff up but also rolling it out again into a material that looked, felt and even smelled like the original article. Feeling restless a few years into retirement, he roped in Tom Tymon, who had served as his vice president, to apply their joint expertise in chemistry, engineering and product development to investigate the concept further. Half a decade and $3 million in R&D later, Enspire leather was born.

The problem Sustainable Composites sought to attack was twofold. Because 25 percent to 60 percent of cow’s hide is typically discarded on the cutting-room floor, roughly 3.5 million pounds of leather waste end up in landfills or incinerators every year, Fox said. And though leather is still synonymous with luxury, it has also built a reputation for polluting waterways, endangering worker health and contributing to animal cruelty, deforestation and global warming, spurring a flurry of certifications and standards in an effort to rehabilitate the material.

Fox and Tymon weren’t interested in making a leather mixed with polymers or one bonded by a layer of film. “We wanted something that was going to be leather: it has a leather surface, it has leather fibers and is in all ways just like leather,” Fox told Sourcing Journal. 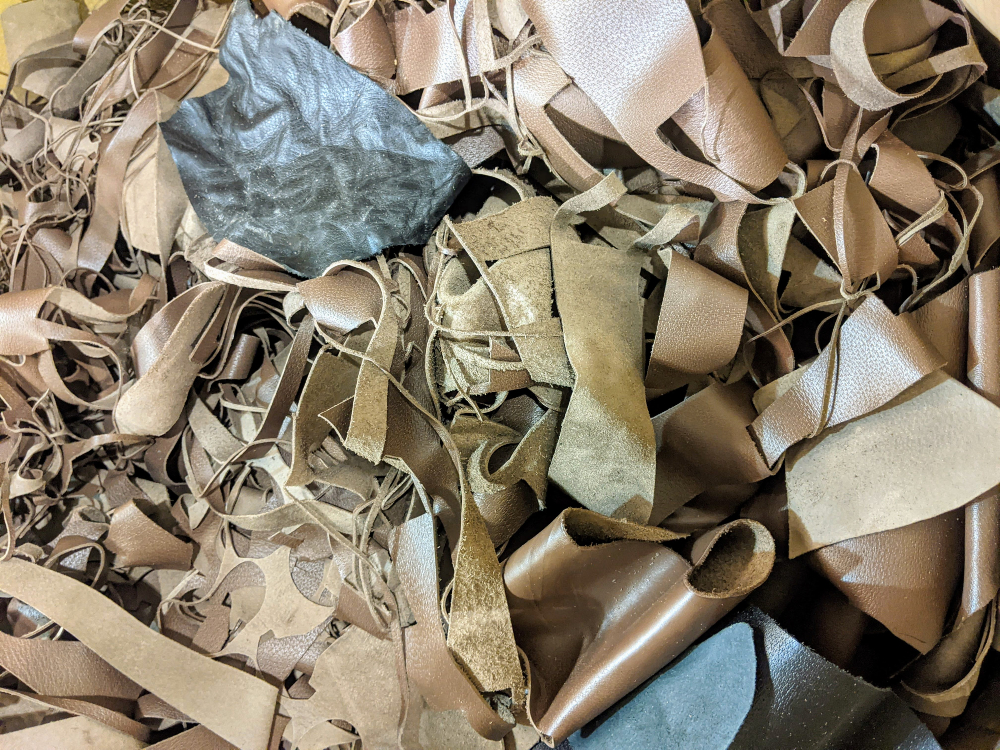 The duo’s paper-industry past came in handy. After much tinkering, Fox and Tymon found they could take leather scraps, shred them into cotton-like fluff and then apply a proprietary green chemical mix to produce a fibrous slurry. Finally, the solution is cranked through a paper-making machine to create a pressed 54-inch “sheet that resembles leather,” except it’s completely free of holes or defects. This helps curtail any further waste that might stem from cutting around problem areas in conventional hide, which comes in many shapes and sizes, Fox said.

Getting to that point, he recalled, wasn’t easy. In the end, Sustainable Composites filed five patents for physical and chemical innovations because the “technical approach we used had never been used before,” Fox said. While Nike combines ground-up leather and polyester-blend fibers to create its recycled Flyleather material, Enspire is 100 percent leather. “We have taken it to the processing lines and finishers; they can’t tell the difference between leather and our material,” he added. (The two companies have a shared sporting background, however: Sustainable Composites often sources leftover material from Wilson footballs.)

Sustainable Composites is trying to gain traction at a time when demand for so-called “vegan” clothing and shoes is at an all-time high. At the end of January, U.K. and U.S. retailers stocked 75 percent more “vegan” fashion products than they did in 2018, according to retail analytics firm Edited. In the United States, faux ruled supreme in accessories, comprising 46 percent of products in stores. Across the pond, footwear was the dominant category, accounting for 40 percent of products labeled “vegan.”

More leather fakery, albeit with fewer petrochemicals, will soon abound. Already, hype is building for Bolt Threads’ mushroom-root alternative, which will soon clad familiar Adidas and Stella McCartney silhouettes. A slow-but-steady uptick in grape “leather,” cactus “leather,” and pineapple “leather” offerings is also piquing the interest of a cruelty- and environmentally conscious crowd that avoids cowhide but also eschews plastic. As a recycled product, Enspire could offer the benefits of leather—durability, longevity, an organic origin—with less of the baggage that has caused its conventional counterpart to lose favor.

A third-party audit commissioned by Sustainable Composites found that creating Enspire generates 70 percent fewer carbon emissions than traditional leather. (It helps that it’s yoked with “zero [of the] burden” from hide production and tanning, according to Fox.)

Its environmental appeal aside, the material is 30 percent to 40 percent cheaper than regular leather, Fox said. Plus, Sustainable Composites can also work with brands to create a direct pipeline for their leather waste, driving buying and disposal costs down further. “We have programs now that will take their scraps, create an environmentally good product, which is Enspire, [and then] they buy it back and use it,” Fox said. The material is recyclable at the end of its life—though less so if it’s fused to other components in the form of, say, a shoe. 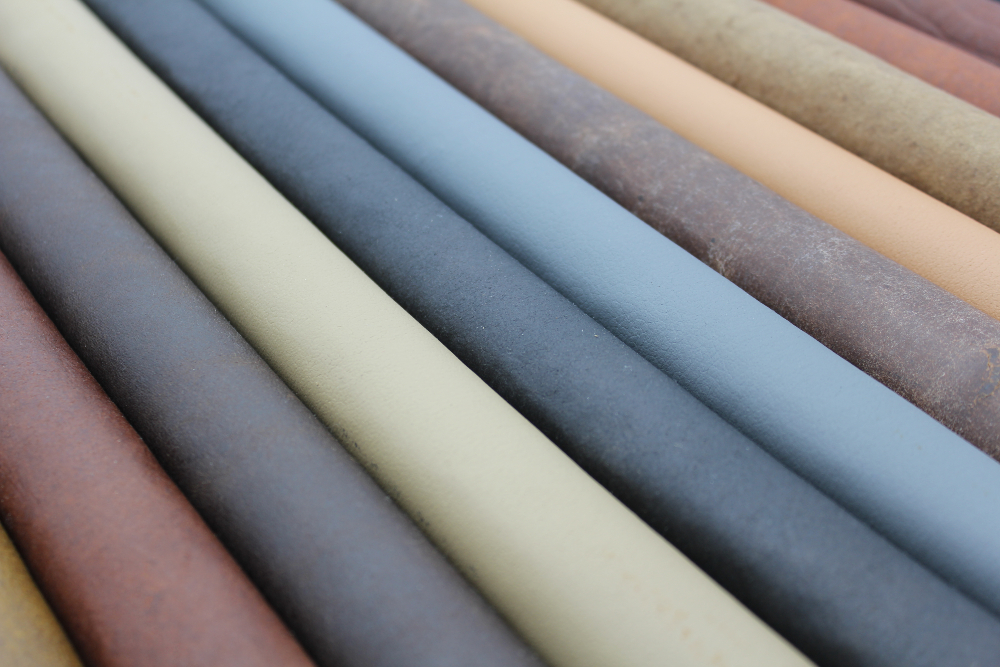 Scalability isn’t a problem, he noted. Production is being carried out at two plants–one in upstate New York and the other in Vermont–that can make more than 200 million square feet of Enspire a year. “We have a lot of capacity,” Fox said. He may not be able to stick to that position for long, however. At a time of peak consumer interest in sustainable products, brand interest in the material, including from at least one major luxury house, is on the upswing. Among the storied names that have inked deals with the company is Timberland, whose owner, VF Corp., banned leather from Brazil in response to 2019’s devastating Amazon wildfires.

An early adopter, the footwear brand employed Enspire in a “recycled leather” capsule, with styles for men and women, in fall 2020. The fact that it can reuse its post-industrial leather waste, allowing for a more circular business model, is a huge plus for the company, which aims to have a “net positive impact on nature” by 2030.

“The quality of the product is high, and the method of make and look are really unique,” Mike Gass, lead footwear developer, advanced materials, at Timberland, told Sourcing Journal. “And of course, it helps to advance our efforts to reduce waste—all things we look for when we’re designing Timberland footwear.”

Recycled leather is just one facet of Timberland’s sourcing roadmap. The company is also dipping into regenerative cattle farming and designing for circularity. While Timberland is working out some kinks with Enspire regarding construction, Gass says it’s a challenge the brand hopes to overcome “as the material evolves and as we learn to design to the material’s strengths.”

“Recycled leather puts us on the right path,” he said, before adding with emphasis, “We use a lot of leather.”