“We’re starting with a particular collection, but the plan is to put it on everything,” Parkes told Sourcing Journal. “There’s no reason we can’t use this every time we need black ink.” That includes packaging. “Anything where you need black pigment, it can be formulated as the basis of that,” she added.

Air-Ink is part of a collaboration with Graviky Labs, a company in India, where air pollution is a public health and humanitarian menace that kills hundreds of thousands of people every year. When he was studying at an MIT Media Lab spinoff, co-founder Anirudh Sharma experimented with capturing soot from a burning candle, then using easily available solvents like vodka and vegetable oil to create a “rough” colorant. That “aha” moment served as the basis for using pollution, which was already turning things black, into things that have to be black, Parkes said.

Creating a consistent pigment involved additional tinkering, however. Sharma had to first figure out how to isolate carbon from toxins such as nitrogen dioxide and sulfur dioxide that make up air pollution, whose composition can vary from one location to another. Adapting Air-Ink to Pangaia’s processes, too, required more tweaking, though Parkes described that part as mostly seamless. The bigger issue, she said, was jumping through European Union hoops in order to bring Air-Ink—“technically a pollutant”—from India to Portugal, where Pangaia’s partner facilities can work with the product.

“This is a new material,” Parkes said. “We didn’t even have its own sort of classification category, so we had to figure out how to do that.” 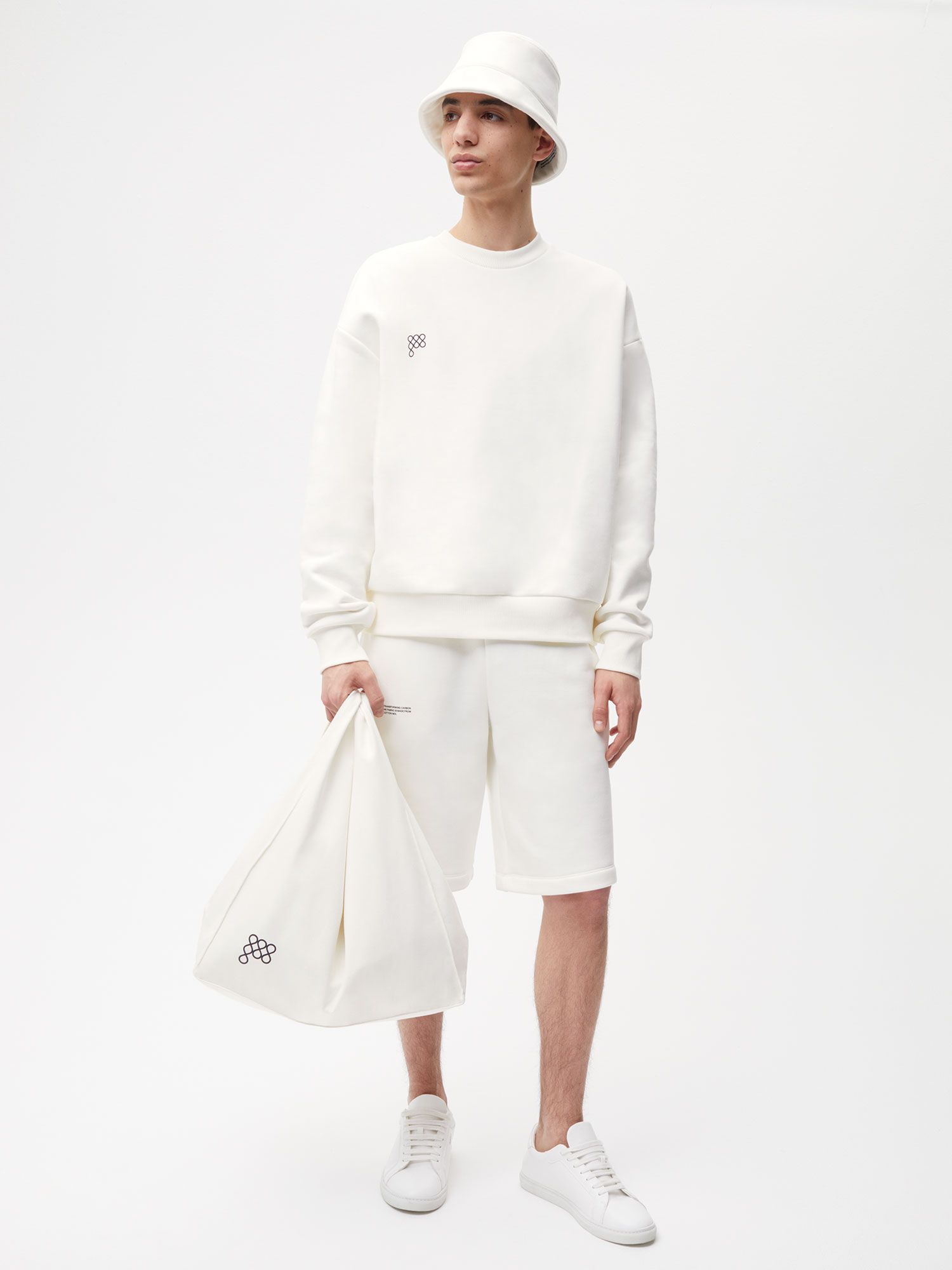 Though Air-Ink is still at a “prototype scale,” which means it costs a “slight bit more” than conventional dyes, Parkes said it could potentially be cheaper since “it’s actually expensive and hard to get a really deep black.”

“This is why this is such an ingenious solution, because blackness is already sitting there in pure carbon black,” she said. “Plus, there’s the added advantage of pulling it out of the air, so it’s acting as a [form of] carbon remediation, so is a carbon credit there possible as well? We haven’t even calculated that into our pricing yet.”

All of this will appear in a forthcoming impact study, Parkes said, adding that “this is our first run of it so all the math on the metrics is coming.” Graviky, meanwhile, is ramping up its production by adding machines that will run on solar energy, so they don’t contribute to the problem they’re trying to solve.

“The metric still works even if you run [the machines] off regular electricity in terms of what you’re pulling out and what you’re producing, but any change that you can make to have clean energy is the goal,” Parkes said.

Air-Ink dovetails with Pangaia’s philosophy of “high-tech naturalism,” Parkes said, because it involves taking materials abundantly found in nature and bolstering them with science and technology to solve the apparel industry’s greatest social and environmental problems.

Carbon is “already a really good black pigment,” she said. “Let’s try to utilize and augment that and clean it. That is just as much of a kind of business model as inventing something new that’s synthetic. We’re just taking advantage of where our current industrial cycles have placed it in the environment.”

Like most of Pangaia’s innovations, which have included insulation composed of wildflowers and fiber made of eucalyptus pulp and seaweed powder, Air-Ink won’t be limited to the company. “This is not about exclusivity,” Parkes said. “We want them to succeed; they want us to succeed; it’s a win-win.”

To celebrate the partnership, Pangaia created a special P-shaped logo, created from interlocking infinity symbols, to “mark the beginning and the end, as a never-ending circle of life.” Prices for the items, which are derived from a blend of organic and recycled cotton, range from $80 for a pair of shorts to $160 for a hoodie.