Tencel showed off what it has to offer in home textiles last month at New York Home Fashions Market Week, a four-day, biannual trade show that runs in the spring and fall.

The Lenzing-owned supplier of wood-based specialty fibers transformed its Manhattan office into a showroom for it and its partners’ latest applications in bedding, towels and upholstery.

“The walkthrough is really about showing people how to use it and different applications that they may not have thought of,” Walter Bridgham, senior business development manager, home and interiors, Americas, told Sourcing Journal.

The company’s office-turned-showroom featured a full physical bed decked out with Tencel-based products from West Elm, including 100 percent Tencel lyocell sheets, a new quilt and a comforter with a Tencel lyocell shell. The company also showcased a host of bedding sets that are currently on the market, including options from Macy’s, Bed Bath & Beyond, Casper, Scott Living, Buffy, Brookstone and Tempur-Pedic.

One of the new developments that Bridgham highlighted was a hemp-lyocell blend from LS Mills. “The hemp actually takes the dye a little bit different,” he said, creating what he called a “faux-silk look.”

Bridgham also pointed out a 50 percent Tencel Lyocell, 50 percent Tencel Modal jersey knit blend. “In my opinion, [it] feels like my favorite T-shirt that I just want to be in every day, all day long,” he said. The material, he noted, is not yet on the market and has only been displayed in New York and at the manufacturer, Zorlu.

In towels, Bridgham highlighted what he calls “the teddy bear towel.” The soft, fluffy, 700 GSM piece uses a blend of Modal microfiber and Turkish cotton. Though the towel may feel “too slick” at first touch, Bridgham said the Modal is actually more absorbent than the cotton. The blend also reduces lint and snags, he added. 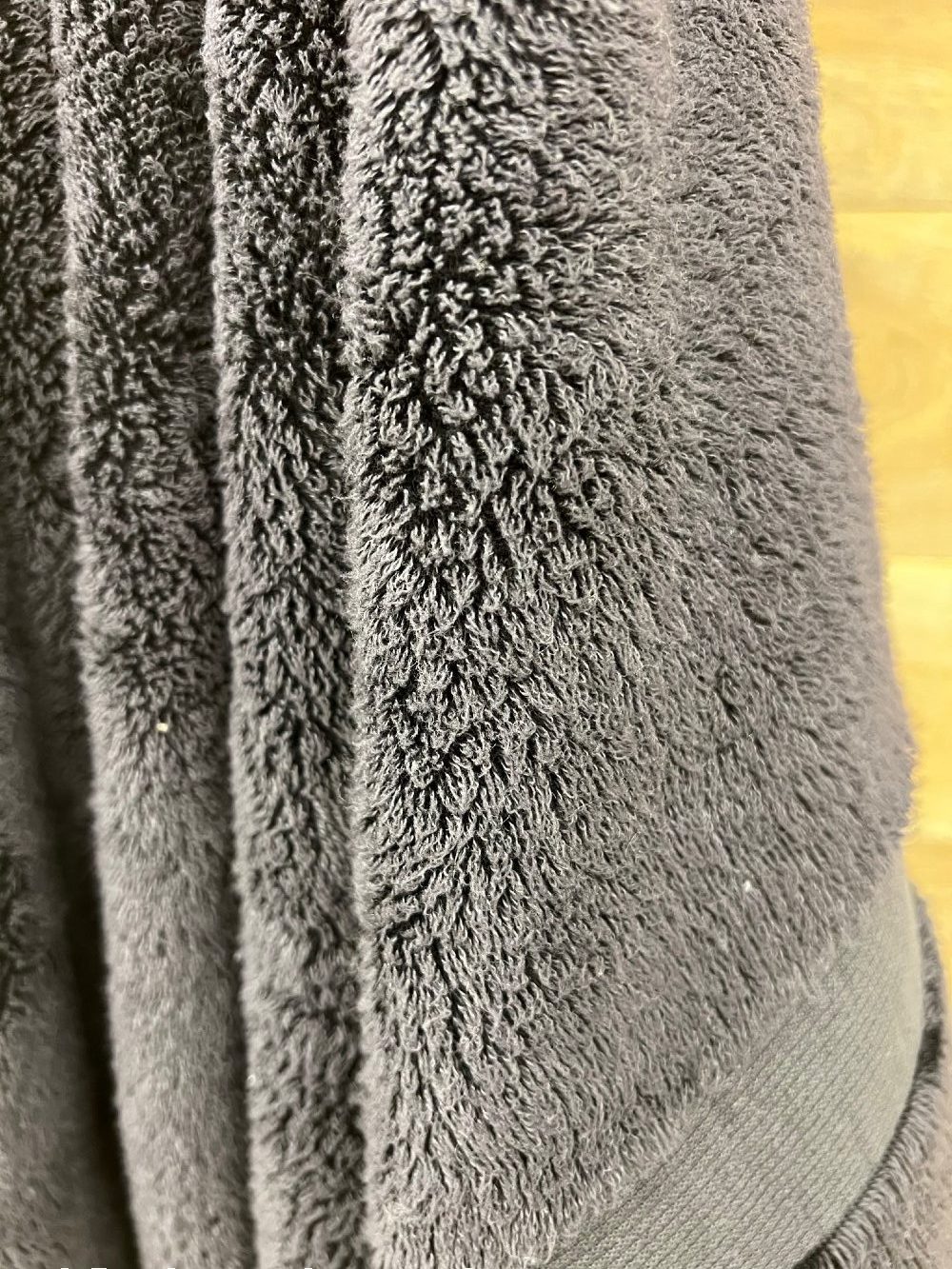 Bridgham showcased products that are already out in the marketplace as well, including sets from Pottery Barn and Macy’s. “That’s like your higher end, you could say luxury, $29.99 bath towel,” he said. Another design takes the indigo-dyeing technology Lenzing brought to its Modal fibers last year and ties it into towels. Bridgham also spotlighted a towel that blended Tencel’s standard lyocell with shredded denim.

Though Tencel’s efforts in home textiles have largely centered around bed and bath, the fiber supplier has begun exploring lyocell’s heat- and humidity-absorbing benefits for upholstery. “Think about a chair that’s filled with polyester and you sit on it for a long time—your back gets hot, the rear of your seat gets hot—so the Tencel will add comfort attributes to it,” Bridgham said. For now, Tencel is focusing its upholstery efforts in Europe.

Tencel’s New York showcase also highlighted a selection of rugs from the United Kingdom, Germany, India, Pakistan and China, as well as some sample curtains Tencel recently received from Turkey. “It’s really our first time showing them,” Bridgham said of the curtains, noting that they’re not yet “100 percent.”