Cotton has shaped the lives of the farmers, pickers, processers, traders, mill workers and countless other individuals across its supply chain. As the apparel sector’s longest-standing, most traditional raw material, it’s only fitting that it should have its own holiday.

While 2020 has heaped tremendous challenges upon the retail industry and its downstream suppliers, the WTO still hopes to honor those at forefront of the fiber’s cultivation and advancement.

To foster these advantages, WTO’s members have taken measurable and meaningful steps to promote the cotton trade, eliminating agricultural export subsidies when possible and helping developing countries expand their capabilities across the fiber’s value chain.

While this year’s World Cotton Day celebrations will certainly look different than 2019’s inaugural fete in Geneva, the WTO has established a dedicated webpage compiling contributions from ministers, ambassadors and heads of cotton organizations across the globe that highlight the crop’s continued relevance, Wolff said. WTO suggests that the global cotton community observe the day by promoting cotton’s many favorable qualities through virtual lectures and panels, showcasing their products and innovations, sharing knowledge and educating the public using the hashtag #WorldCottonDay.

Throughout the unprecedented challenges of 2020, Wolff said the WTO has also supported many initiatives that benefit the most vulnerable producers and their home countries. An information session for members of the Cotton Four—Benin, Burkina Faso, Chad and Mali—offered an opportunity for the cotton-producing countries to connect and exchange information about current challenges stemming from order cancellations, price fluctuations, supply-chain hiccups and more.

“This information sharing effort was useful to inform donors in their project planning at a time of significant uncertainty,” Wolff said, “while also catalyzing the attention of the international community on some of the key issues faced by cotton farmers as a result of the Covid-19 crisis.”

Among many other initiatives this year, the WTO worked with UNCTAD and ITC to support the creation of parallel value chains across regions for cotton by-products, which often go untapped. “This work is based on the fact that many valuable parts of the cotton plant, both at the harvesting and processing level, are treated as waste in some cotton-producing countries,” Wolff said. Beyond its use in apparel and textiles, the versatile plant can also be made into edible oils, animal feed and fuel.

The latest estimates from ICAC show global demand for cotton shrinking by around 12 percent, to about 22.9 million tons, during 2020. Falling demand, along with high production levels, is expected to put downward pressure on prices that could have lasting impact, Wolff said.

Suppliers from the Cotton Four countries informed the WTO recently that as a result of the pandemic, an average of 70 percent of the fiber they’ve produced this year remains trapped in their factories, as well as transit hubs like ports. These challenges have led to a “sharp reduction” in cotton planting in several West African countries for the coming season, Wolff said.

The tide could shift if a “rapid and intense” recovery of consumer demand for apparel and fabric-based products drives textile makers to re-start their engines. “The evolution of the pandemic in some regions of the world in the coming months, and resulting health and safety measures adopted by governments, will be critical in this regard,” he added.

Impacts on cotton markets and production, as well as other economic and social effects like the Covid-19 crisis, are “affecting the economic sustainability and the livelihoods of millions of people depending on cotton production,” Wolff said.

“As brands, retailers and manufacturers around the world are also being impacted, this in effect puts the entire market on hold,” agreed Marc Lewkowitz, president and CEO of Supima, a non-profit trade association that promotes 100 percent U.S.-grown American Pima cotton.

“As the world continues to work through the global pandemic, businesses are slowly moving ahead and finding ways to work under the current constraints and challenges,” he added, saying that export activity has increased recently for Supima licensees.

“While the new demand is welcomed, the prices for the cotton are at near recent historical low levels,” he said. The slow expansion of activity could allow for the balance of last year’s harvest to be sold, and because this year’s crop was smaller, prices are likely to increase at a sluggish pace. But unless those gains are enough to provide the growers with a fair value for their crops, “it is clear that production for next year will decline with April plantings already forecast to be lower,” he added.

In addition to lukewarm demand throughout most of the year due to Covid’s impacts on the economy, Lewkowitz said trade challenges have reached an all-time high for American cotton. Those problems began years ago, but they’re coming to a head.

“A few years ago, the U.S. cancellation of participation in the Trans-Pacific Partnership (TPP) became a key factor in a cascading number of actions that negatively impacted the U.S. cotton industry,” he said. Though much of the retail community was already interested in diversifying away from the country, “withdrawing from TPP forced the reconsolidation of sourcing back into China,” Lewkowitz said. The trade war that followed, of course, then levied heavy duties on China-made goods. 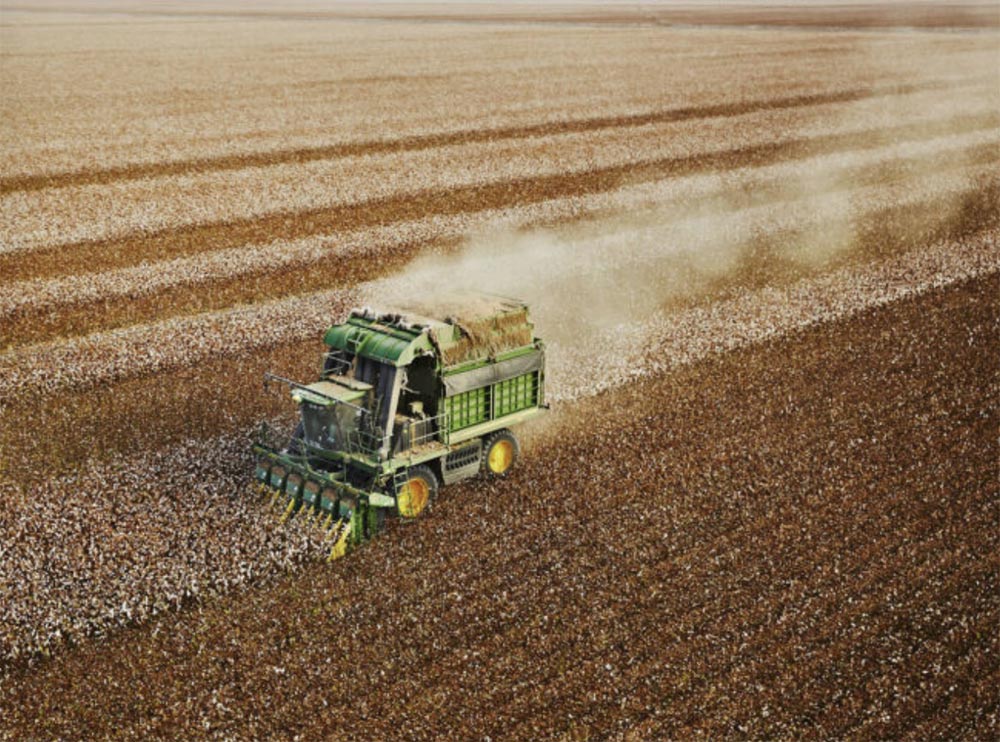 “China is the largest textile manufacturing nation and much of what the U.S. imports is sourced from there,” Lewkowitz said, adding that the country was also the largest recent buyer of Supima cotton. Alongside the global pause on sourcing, production and retail sales, he said, the ugly and ongoing trade war has created a “situation of global disarray.”

To help farmers rise above these myriad challenges and position partners for success, Supima has teamed with forensic science company Oritain to provide crop traceability in a world increasingly concerned with the ethics and sustainability of its resources. The group has also partnered with the Better Cotton Initiative (BCI) and the U.S. Cotton Trust Protocol (CTP) to engage the American grower community in verifiably sustainable and responsible farming practices.

As the cotton industry braces itself for more tumult over the coming months, Lewkowitz believes a reckoning is in order for those who depend upon it.

The textile industry is a dinosaur mired in bad habits, and it’s likely that many companies will revert back to previous practices in a post-Covid world. But “there will be others that begin to make some strident changes in order to alter their own trajectories,” Lewkowitz said. “There will be some change that is led by those that choose to be proactive.

“Evolution is a long process that does not happen overnight,” he added.