The implications of The House of Representatives’ ongoing antitrust investigation into Amazon and other Big Tech firms could be massive—so much that Amazon may be asked to split into two companies or offload its private-label brands.

“Right now, unregulated tech monopolies have too much power over our economy,” Cicilline said in a statement. “They are in a unique position to pick winners and losers, destroy small businesses, raise prices on consumers and put folks out of work. Our agenda will level the playing field and ensure the wealthiest, most powerful tech monopolies play by the same rules as the rest of us.”

A Wall Street Journal report broke the news of one particularly relevant to Amazon—the Ending Platform Monopolies Act, which is designed “to promote competition and economic opportunity in digital markets by eliminating the conflicts of interest that arise from dominant online platforms’ concurrent ownership or control of an online platform and certain other businesses.”

If this bill were to pass, it would make it illegal for a company like Amazon to effectively sell its own branded products and sell competing products on the same marketplace. The only way to satisfy this condition would be for Amazon to split its business into two separate websites, one for its third-party marketplace and one for first-party, or divest or shut down the sale of its own products. Amazon’s private-label division has dozens of brands with 158,000 products.

Two of the other bills have a major impact on Amazon’s current business model. The American Innovation and Choice Online Act prohibits discriminatory conduct by dominant platforms, including a ban on “self-preferencing” its own products and services over other products, which is a practice Amazon has long been accused of. This is one of a few allegations in the lawsuit filed by Washington D.C. Attorney General Karl A. Racine against the e-commerce giant in May.

The Platform Competition and Opportunity Act prohibits dominant threats from acquiring competitive threats or companies that can expand or entrench their market power.

The remaining two bills are similar to proposals already put forth in the Senate. The Filing Fee Modernization Act would update filing fees to ensure there’s more funding for the Federal Trade Commission and the Justice Department. Finally, The Augmenting Compatibility and Competition by Enabling Service Switching Act is designed to make it easier for people to use different tech services together, or move their data to a rival service.

The bulk of the legislation is narrowly focused only on companies that have a market capitalization of $600 billion or more, as well as more than 500,000 active monthly users and “must be a critical trading partner.”

Amazon, Apple, Facebook and Google are the only companies that currently meet the parameters laid out in the bills—these happen to be the same four companies that Congress investigated as part of its probe into Big Tech. None of the companies are mentioned by name in any of the five bills.

The investigations into Amazon have largely been related to its relationship with third-party sellers and the data collected from them. Although third-party goods represent approximately 60 percent of total sales on its marketplace, Amazon also competes against these brands with its own private labels, and in many cases, sells similar products that are often priced lower.

One of the major criticisms from Amazon sellers is that the e-commerce giant has used their data in ways that have made their own business redundant or obsolete. A WSJ investigation last year corroborated this when it found that Amazon employees used non-aggregated or easily identifiable data from third-party sellers to inform its own product strategy and launch its own private-label brands.

At a hearing in July 2020, Amazon’s associate general counsel Nate Sutton said the company does not use individual seller data to launch private brands.

“If the reporting in the Wall Street Journal article is accurate, then statements Amazon made to the committee about the company’s business practices appear to be misleading, and possibly criminally false or perjurious,” the House subcommittee wrote.

When testifying to Congress later that month, Amazon CEO Jeff Bezos admitted, “I can’t guarantee you that that policy has never been violated.”

Congress has blocked or reversed the expansion of conglomerates before. Though the separation of investment and commercial banks in the 1933 Glass-Steagall Act has since been repealed, banks are still restricted from non-financial businesses under the 1956 Bank Holding Company Act. The 1906 Hepburn Act restrained railroads from ancillary businesses such as coal mining.

Amazon’s recurring antitrust drama also continues across major markets. But in India, it appears it isn’t the only e-commerce giant that is awaiting a regulatory probe.

An Indian high court dismissed pleas by both Amazon and Walmart-owned Flipkart to halt an antitrust investigation into their business practices.

The Karnataka High Court’s dismissal, levied by Justice P.S. Dinesh Kumar, enables India’s antitrust regulator, The Competition Commission of India (CCI), to proceed with its probe against both companies into whether they had entered into anti-competitive agreements in violation of the Competition Act of 2002.

“It would be unwise to prejudge the issues…at this stage and scuttle the investigation,” Kumar wrote in his order.

Both companies are likely to appeal against the verdict. 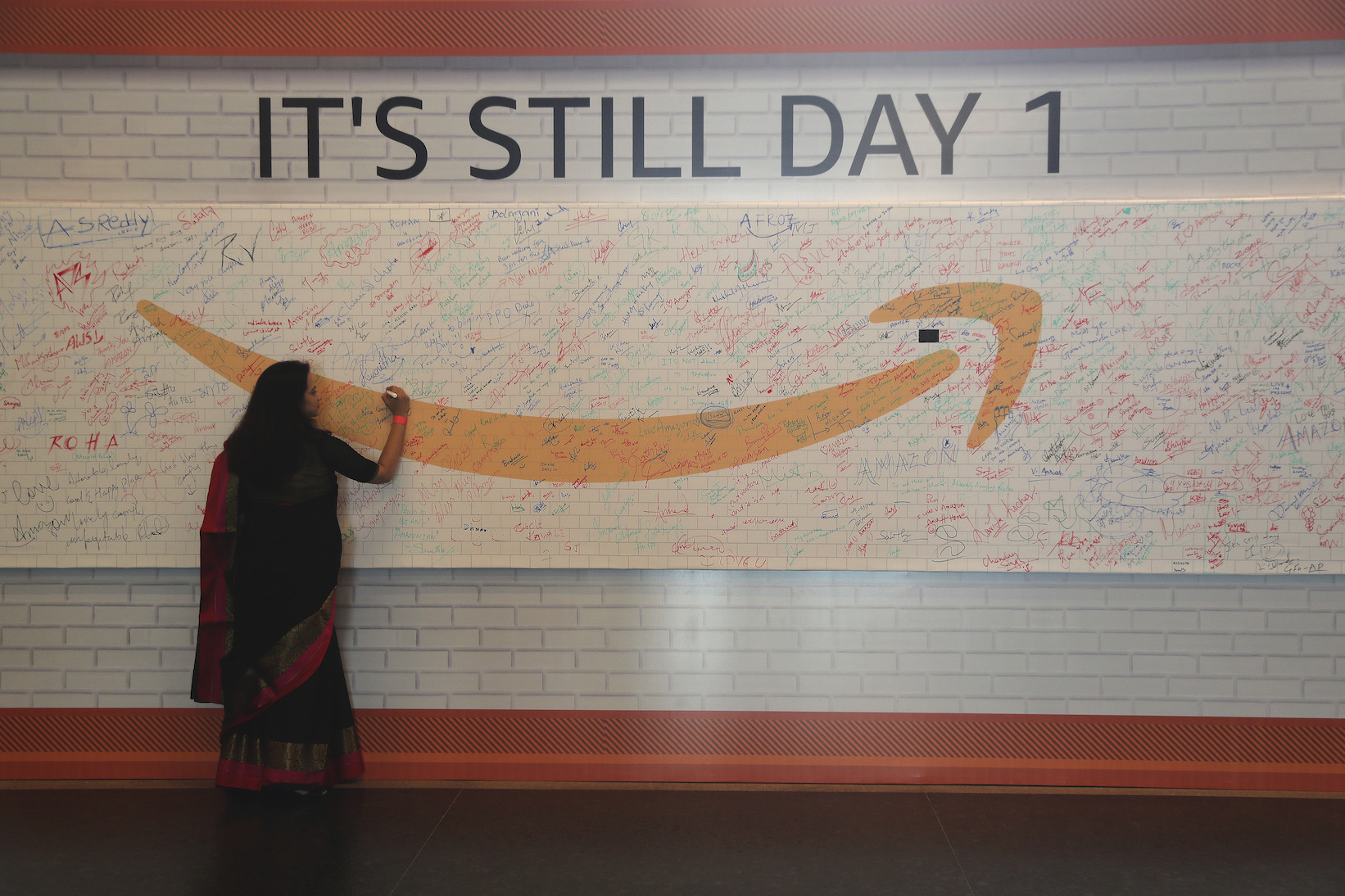 CCI first announced its investigation in January 2020 after various complaints from trade bodies such as Confederation of All India Traders (CAIT) and Delhi Vyapar Mahasangh (DVM) accused the online giants of promoting some “preferred sellers” and hurting business for smaller sellers. In particular, DVM had alleged that Amazon and Flipkart were giving preferential treatment to a select set of vendors by having indirect control on their operations, especially the launch of smartphones.

At the time of the launch, CCI said that it had “prima facie” evidence to begin an investigation, and that “there appears to be exclusive partnerships between smartphone manufacturers and e-commerce platforms.”

Both Amazon and Flipkart denied wrongdoing, leading the Karnataka High Court to put a hold on the investigation in February 2020. In September, CCI challenged the interim order in the country’s Supreme Court. Justice Nageswara Rao sent the case back to the Karnataka High Court, saying the case should be heard as soon as possible in October 2020. Since then, the case had been going on in the high court.

But despite the hold, more fuel was added to the fire in recent months after a Reuters report in February revealed detailed internal documents for Amazon’s plans in India from 2012 to 2019.

The report found three major allegations: that Amazon has been giving preferential treatment to a small group of sellers on its India platform; that it publicly misrepresented its ties with major sellers; and that it used these ties to circumvent increasingly tough regulatory restrictions in India.

At the center of the report was the tech titan’s establishment of two “special merchants,” Cloudtail and Appario, that ended up accounting for approximately 35 percent of online sales made on Amazon.in as of 2019. These companies were created as part of joint ventures, yet publicly portrayed as independent sellers on the platform.

Reuters reported that one of the documents shows that senior Amazon exec and former White House press secretary Jay Carney was prepped to omit certain facts in an April 2019 conversation with India’s ambassador to the U.S. Perhaps the biggest omission was that 33 Amazon sellers (out of the then-400,000 on the site) accounted for roughly one-third of the value of all goods sold on Amazon.in. Combined with Cloudtail and Appario, that meant that more than two-third of merchandise on the marketplace came from 35 sellers.

After the report published, the CCI told the high court in March that it corroborated evidence it had received against Amazon.

In August 2020, more than 2,000 online sellers collaborated to file an antitrust case against Amazon and Cloudtail, alleging that the former favors some retailers whose online discounts drive other vendors out of business. The CCI has yet to decide whether to order an investigation into the matter.

The court also dismissed the plea of Flipkart’s senior counsel for a two-week extension of the interim order. Amazon and Flipkart will now have the option to either go to a two-judge bench in the high court or India’s Supreme Court. 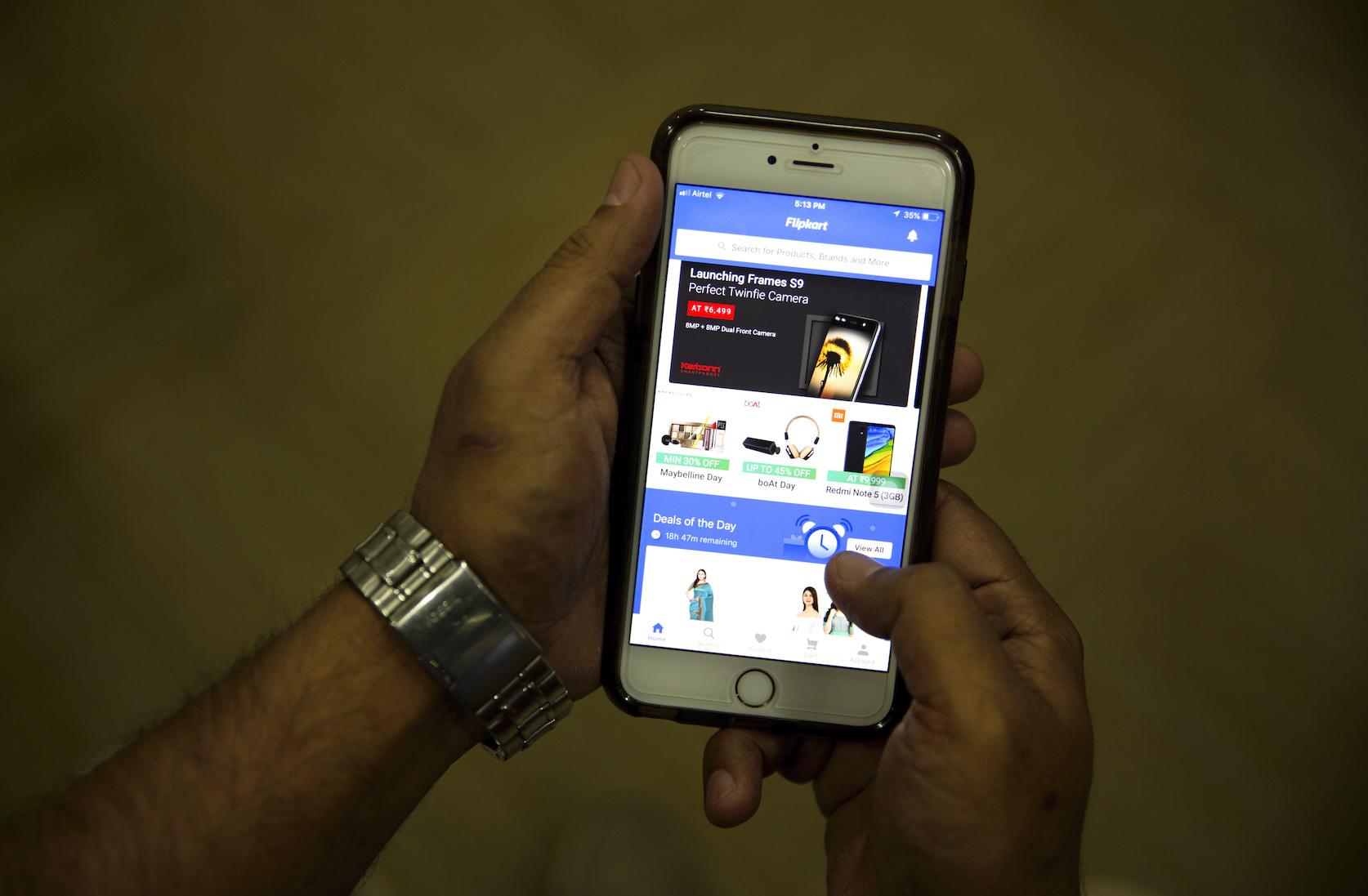 But given that the top two players are so ahead of everyone else, and foreign-owned, India’s government has sought to find new ways to spur competition in the space among home-grown players, especially in a growing field like e-commerce that many in the region are still trying to figure out.

For example, India’s e-commerce regulations prevent foreign online retailers from holding inventories of goods and selling them directly to customers, so they only collect fees from vendors selling products on their marketplace.

E-commerce marketplaces, both foreign and domestic, also cannot mandate that merchants sell any product exclusively on their platforms, which is a major point of contention from the trade groups that objected to the smartphone sales on Amazon and Flipkart.

And last year, the Indian government proposed a policy to combat “digitally induced biases” by competitors by mandating government access to online sellers’ source codes and algorithms. This move would potentially take away advantages from Amazon and Flipkart, which leverage algorithms to deliver product recommendations and optimize delivery routes. The proposal has not yet been ratified.

“It fully vindicates the stand of CAIT that the business model of Amazon and Flipkart is entirely based on violating the foreign direct investment policy, rules and other laws and therefore without wasting any more time, the CCI should immediately begin its probe,” the trade group said in a statement. “Foreign companies, particularly in the e-commerce sector, have been taking India as a banana republic where the laws, policies and rules have no sanctity and they have been provided with impunity to manipulate them according to their wish.”