Burberry is cutting roughly 500 jobs as consumers put luxury spending on the backburner amid quarantine lockdowns and a viral outbreak far from under control.

In a Nutshell: As the Asian markets began their recovery from the coronavirus pandemic, the British luxury label saw sales improve month-to-month as stores started reopening.

“In Q1, sales were severely impacted by the drop in luxury demand from COVID-19 and we expect it will take time to return to pre-crisis levels with the resumption of overseas travel,” said CEO Marco Gobbetti. “We are encouraged by the improving trends in all regions and the promising exit rate for June.” New product launches in markets on the rebound drew an “excellent response,” he added, while Mainland China and Korea drove high demand for leather goods, “bringing new, younger luxury customers to the brand.”

As it begins its third year of a long-term transformation, Burberry has started the second phase of its strategy, which includes creating three new business units for Ready-to-Wear, Accessories and Shoes. This will streamline the firm’s office-based functions and improve global retail efficiencies in certain areas outside the U.K. The changes will allow Burberry to reinvest in consumer-facing activities to further strengthen its luxury positioning.

With a global headcount totaling about 10,000, Burberry is reducing its workforce by 5 percent, or roughly 500 employees, though the changes will not impact the company’s U.K. retail or manufacturing teams. The job cuts are expected to affect 150 out of more than 3,500 U.K. corporate employees, though a spokesperson said Burberry intends to redeploy some workers affected by the changes. Jobs outside the U.K. will be affected as well.

Inventory's the Albatross for Bed Bath & Beyond

Burberry is one of few fashion firms that made a commitment to pay its U.K. staff during the COVID-19 outbreak when retail sales dropped nationwide in the face of a lockdown order.

“Conditional on the macroeconomic recovery from COVID-19 and luxury industry growth, we will be able to reinvest these savings into consumer-facing activities. These include pop up stores, visual merchandising, digital activations, events as well as marketing,” Burberry said on Wednesday. 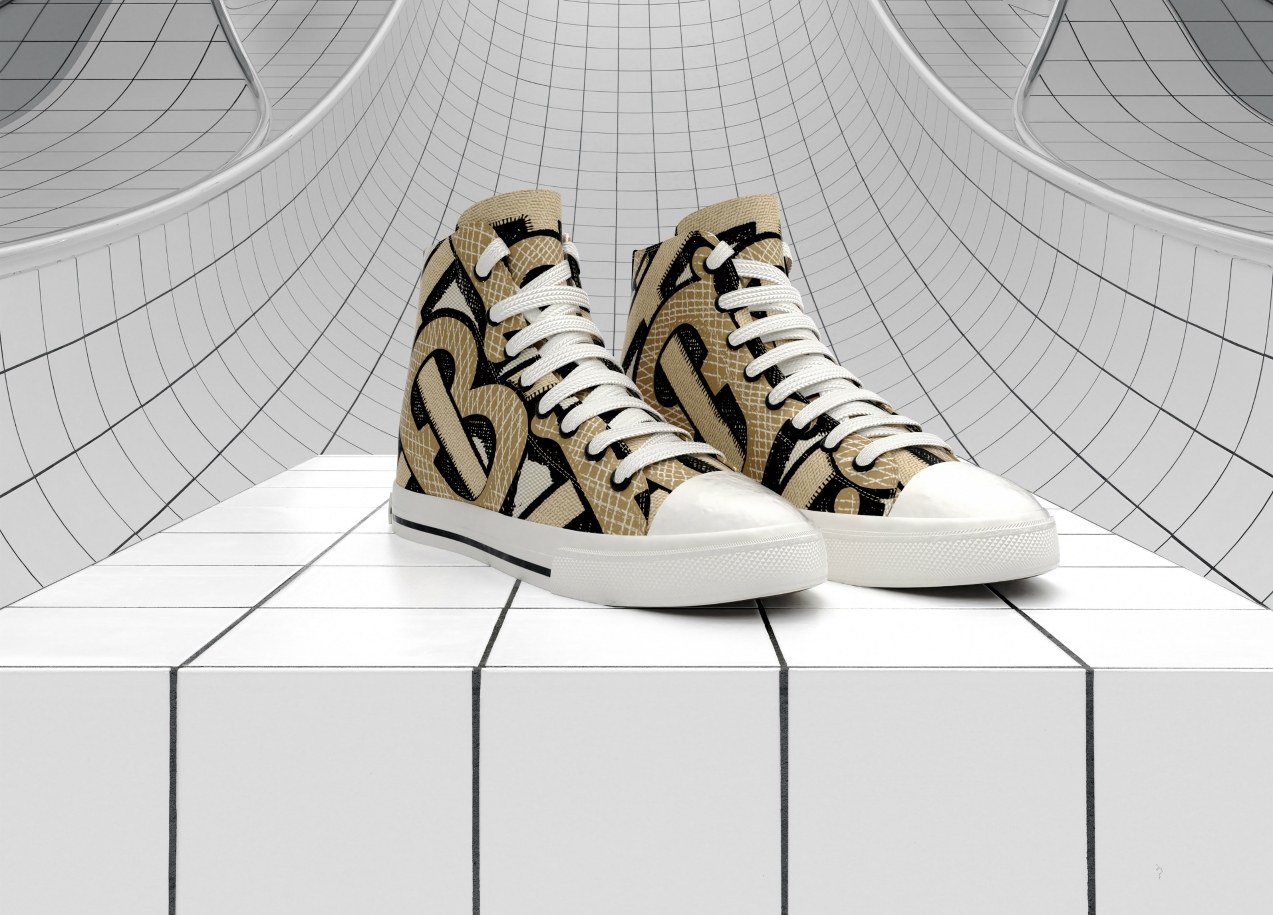 Net Sales: For the first quarter ended June 27, retail sales fell 48.4 percent to 257 million pounds ($324.2 million) from 498 million pounds ($628.1 million) in the year-ago quarter. Comparable sales fell 45 percent for the period, although that percentage improved to a 20 percent decline in June, helped in part by growth in Mainland China and Korea during the month that also was ahead of pre-COVID-19 levels.

New product launches include the Autumn collection, Pride and Summer Monogram capsules, and exclusives in the leather goods category, all of which Burberry said resonated with new, younger consumers. The company also launched the ReBurberry Edit, a curated group of styles crafted from sustainable materials. In June, Burberry also became the first luxury fashion brand to join the Stonewall Diversity Champions program, forming a partnership with U.K. Black Pride and supporting the Albert Kennedy Trust championing LGBTQ+ young people. The company also committed to fostering a culture of inclusion, equality and belonging at the firm, and said it has made progress in expanding training, evolving policies and setting up councils to help guide company-wide policy planning.

During the quarter, the company focused on the rebounding economies, and began initiatives tailored to each market. In Mainland China, Burberry launched a leather-goods campaign in April that drove strong double-digit full-price category growth. The campaign included popup stores incorporating an augmented reality experience, and a limited-edition Pocket Bag for WeChat followers of the influential fashion blogger Mr Bags. The company also executed digital marketing initiatives that drove sales in both the online and offline channels.

By region, sales in Asia Pacific fell 10 percent for the quarter, but were growing again in June. Mainland China grew mid-teens in the first quarter, but rose ahead of January’s pre-COVID-19 level of 30 percent in June, boosted by sales repatriation as consumers who might have shopped in global luxury destinations like New York and Milan spent in their home market instead due to coronavirus travel restrictions.

In the Europe, Middle East, India and Africa markets, sales dropped 75 percent from the impact of lockdown measures and a virtual halt in travel and tourism. While June sales improved, they remained impacted by sagging tourist traffic.

Sales in the Americas were down 70 percent, also a result of impact from the pandemic’s lockdown measures. Sales trends are improving as restrictions begin to ease, the company said.

Categories that are performing better in the quarter include tops, bottoms and small leather goods.

Earnings: Burberry did not detail earnings in its initial sales report.

The company said it expects the second quarter, which runs through the end of September, to “continue to be materially impacted by the pandemic.” Burberry expects its retail business to remain challenged while stores are closed or operate with limited hours and tourists stay home.

Based on current sales data trends, including improved patterns in June, Burberry estimates comparable retail sales will decline by 15 percent to 20 percent for the second quarter. For its wholesale business, Burberry said it is collaborating with retail partners to protect the brand and is forecasting a first-half fiscal 2021 sales decline of between 40 percent to 50 percent.

For the quarter ended June 27, the company’s global store network included 215 retail stores, 148 concessions, 54 outlets and 45 franchise stores, not including any popup shops.

CEO’s Take: “As we enter the second phase of our strategy, we are sharpening our focus on product and making other organizational changes to increase our agility and generate structural savings that we will be able to reinvest into consumer-facing activities to further strengthen our luxury positioning,” Gobbetti said.