Specialty apparel and department store stocks have been battered in recent years as a steady stream of store closings and unenticing merchandise put their future in doubt.

But the apparel and accessories business is suddenly looking more fashionable.

And earlier in June, Omar Saad of Evercore ISI went so far as to write that “the retailpocalypse is over” as he closed short positions in Kohl’s Corp. and Dick’s Sporting Goods Inc. and offered a rosy view on the prospects of Macy’s Inc.

The retail apocalypse is hardly behind us. More carnage can be expected at the mall as retailers struggle with hefty debt loads and changing consumer habits. But many big names in the clothing business have better days ahead because they’ve made some underappreciated progress in solving some important problems.

The biggest challenge for apparel retailers in recent years hasn’t been a failure to adapt to Amazon.com Inc. but rather a different kind of online challenge. Social media and live-streamed runway shows have meant that shoppers see new styles faster than ever before — and that trends tend to burn very hot for short periods.

Hennes & Mauritz AB and Inditex SA’s Zara were trailblazers in nimbly responding to those dynamics. But the other guys are starting to get the hang of it.

At Urban Outfitters, more than half of the women’s apparel it buys is on a “chase” model, meaning the retailer makes decisions about what to buy closer to when those garments appear on store shelves. Kohl’s says its “speed brands” — the ones on which it has drastically shortened the production cycle — were 40 percent of its private-label assortment last year. It expects that will rise to 50 percent by the end of the year.

These production revamps go hand-in-hand with changes to inventory management — a key to retail profitability. And apparel sellers appear to be doing better at this, too. Saad notes that some are finding efficiency by shifting to a centralized view of inventory rather than one that is compartmentalized for online and for stores. Jay Sole, a UBS analyst, points out that technology solutions such as RFID tagging allow apparel chains to keep better track of their inventory.

The progress is especially clear at department stores: 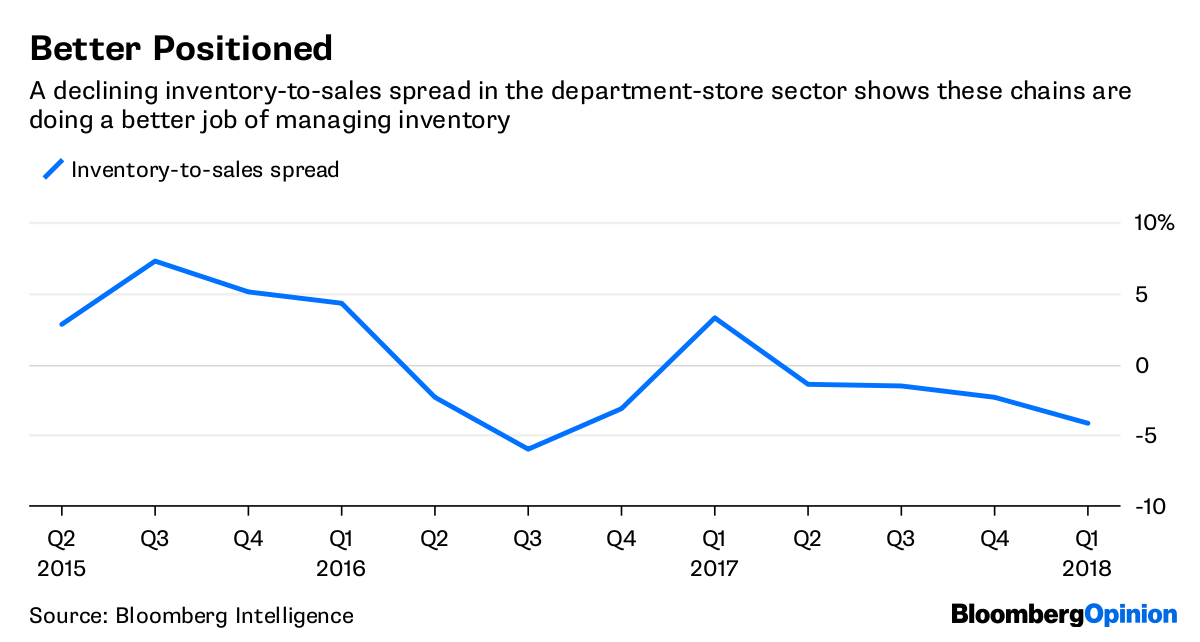 Plus, as Poonam Goyal, an analyst with Bloomberg Intelligence, notes, retailers have made these improvements against a backdrop of strong consumer sentiment and a shift in fashion silhouettes — factors that present significant opportunity to stoke sales growth.

It also seems the fresh optimism about the apparel business is an acknowledgment of a dynamic I’ve called out before: Amazon, at least so far, is not that great at selling fashion. Plenty of shoppers use Amazon for replenishment-type purchases such as socks or underwear, but fewer are going there for more considered purchases. 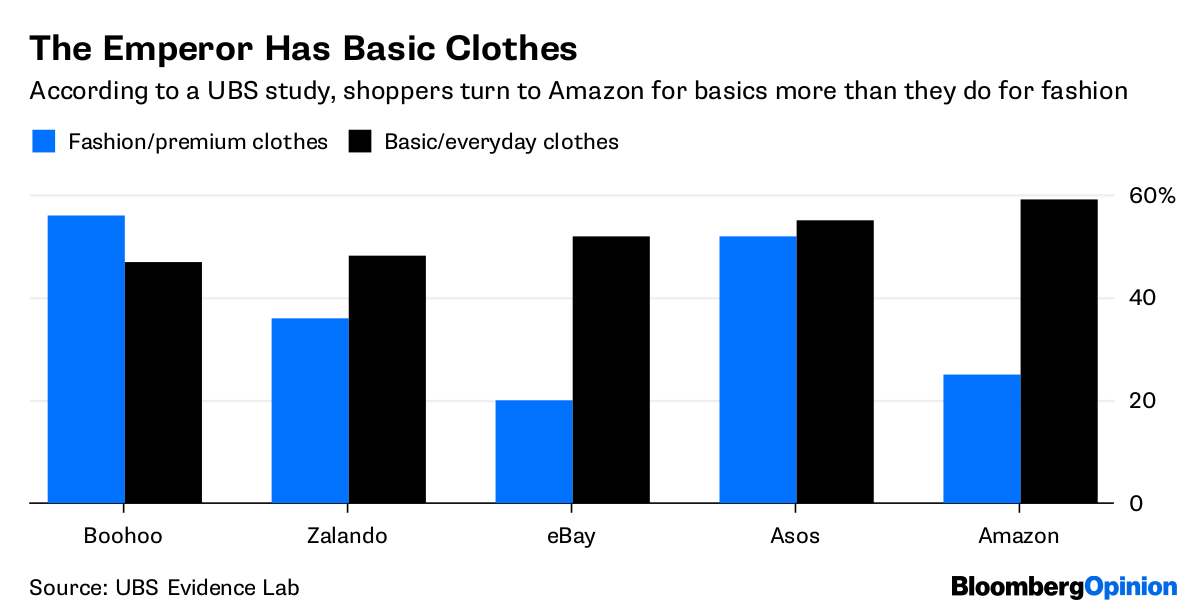 There are many reasons for that, including that some upscale brands have chosen to keep their goods off Amazon’s site. But, also, Amazon hasn’t quite mastered how to make shopping for clothes easy. Its search filters are often unhelpful. It can be daunting to sift through its vast selection, especially compared with the tightly edited collections at specialty stores.

This leaves old-school clothing retailers plenty of room to build robust online businesses — and to prove that they are not doomed.

This column does not necessarily reflect the opinion of the editorial board or Bloomberg LP and its owners. To contact the author of this story: Sarah Halzack at shalzack@bloomberg.net