After a difficult 2020 that saw her signature label shutter all but one of its U.S. stores, Diane von Furstenberg is back with a 31-piece home collection at H&M.

The collaboration includes a range of interiors and decorative items, including blankets, cushion covers, boxes, trays, candles, espresso cups, small plates, vases, pots, posters and a robe. The pieces bear some of the visuals for which von Furstenberg is best known: her abstract signature lettering, leopard and zebra prints and a colorful lip motif.

The Diane von Furstenberg x H&M Home collection “encourages the world to express themselves in their space and take charge of their interiors,” H&M said. According to the Swedish retailer, some of the line’s key items include wool double-sided blankets, decorative printed boxes, lacquer-like trays and a range of scented candles housed in printed glass. 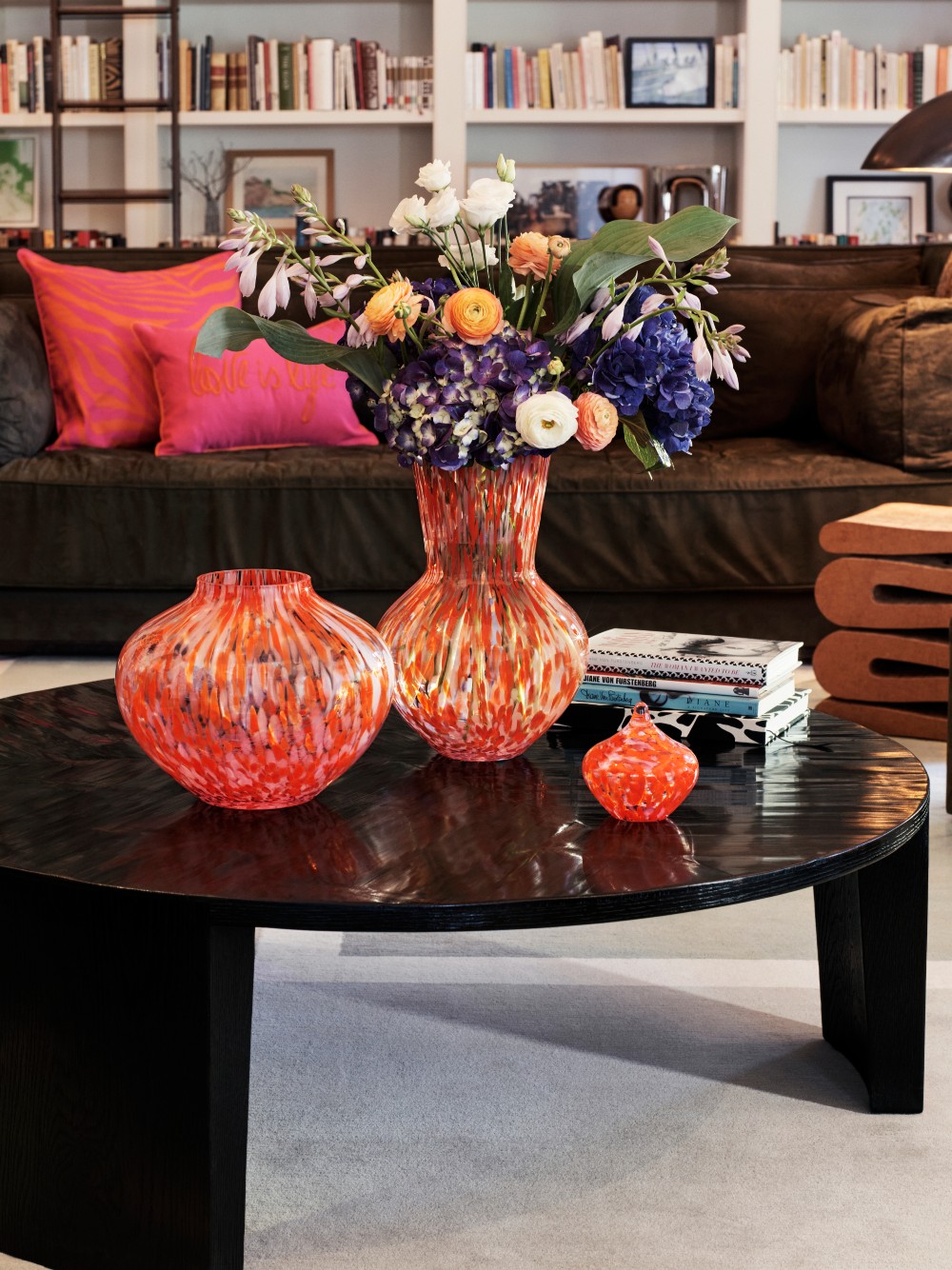 “The prints in the H&M Home collaboration are very iconic,” von Furstenberg said in a statement. “The ‘Diane’ print I created 20 years ago when I started the company, while the lips print comes from the painting Andy Warhol did of me. Personally, I love animal prints—zebra is very DVF—and also vibrant orange and pinks, but monochrome black and white is very chic, too. The whole collection is fabulous, and I can’t wait to share it with everyone.”

It appears the public could not wait, either. Launched Friday, the collection has already sold out more than two-thirds of its 31 items. 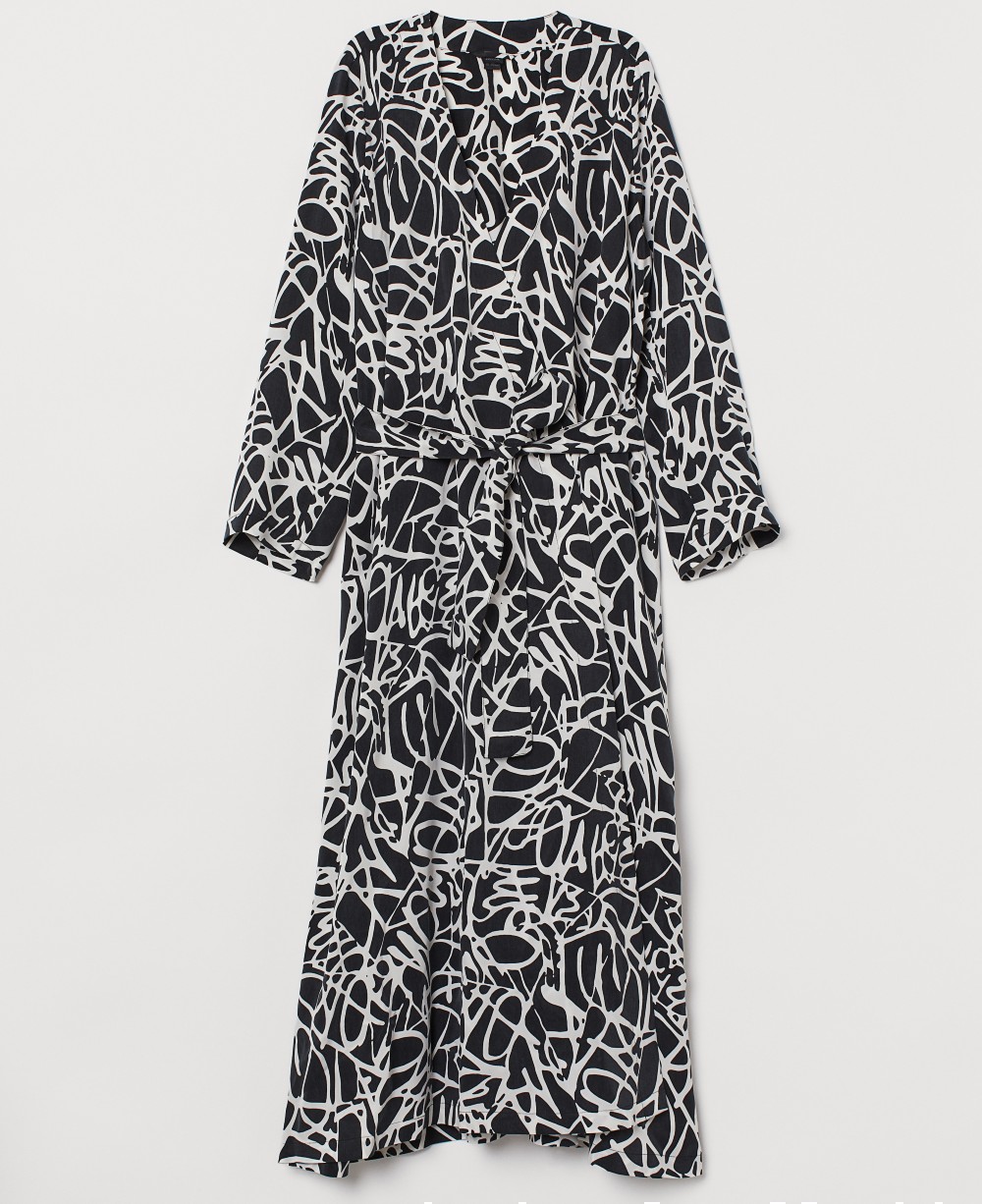 Von Furstenberg burst onto the fashion scene in the ‘70s with the introduction of her now iconic wrap dress silhouette. Since then, her luxury label has clothed a broad swath of high-profile women, including Whitney Houston, Kate Middleton and Michelle Obama.

Her label, like many luxury players, faced a tough reality in the early days of the pandemic last year. In May, the firm’s U.K. arm, DVF Studio, fell into administration, the equivalent of bankruptcy in the U.S. The following month, reports emerged that the business had laid off the majority of its 400 employees at its New York City headquarters. All but one of DVF’s 19 directly operated U.S. stores closed.

More recently, von Furstenberg’s latest collaborator has been the focus of a heated backlash in China against fashion brands that had previously expressed concern over allegations of forced labor in the country’s Xinjiang Uyghur Autonomous Region. Though H&M has not been the only company to face boycott calls—social media users in China also focused their anger on Nike, Adidas, Uniqlo and Burberry—it may face the toughest road to recovery, according to Shanghai-based analysts at China Market Research.

Whereas other brands at the center of the recent controversy hail from countries China may see as important geopolitically, Kerstin Brolsma said Thursday that H&M does not have this luxury. In fact, she noted, Sweden has had very poor relations with the country for years.

“The Chinese government’s response to H&M can almost be seen as the government sending a signal to countries like Australia, to Mongolia, that really heavily rely on their relationships and partnerships with China, but are not necessarily as important to China,” Brolsma said.

Meanwhile, the home sector has attracted considerable interest from brands built on apparel. Levi’s teamed with Target on a home decor collection of blankets, tableware, rugs, pet accessories and more, while Wrangler and Pottery Barn Teen cooked up denim-clad furniture and home goods, and Diesel Living returned with new furnishings and designs that offer “highly customizable comfort and indulgent luxury spun with” its “mordantly renegade spirit.”