In spite of the economic challenges posed by the coronavirus, Chinese consumers are still demonstrating a healthy appetite for luxury goods. But as the crisis crests its second wave and the country’s shoppers find themselves homebound again, they’re becoming increasingly reliant on e-commerce for their shopping needs.

This confluence of circumstances provides an optimal backdrop for Chinese retail titan Alibaba’s union with luxury e-tailer Farfetch and Switzerland-based luxury goods holding company Richemont. On Thursday, the trio announced plans to form a strategic partnership, with the goal of giving the world’s most coveted labels access to China’s luxury-loving consumers while accelerating the sector’s digitization.

Farfetch will launch its own channels on Alibaba’s Tmall Luxury Pavilion and Luxury Soho, the company’s premier sites for luxury sales and luxury outlet shopping, as well as Tmall Global, Alibaba’s cross-border marketplace. This integration will provide Farfetch with access to Alibaba’s 757 million shoppers, as well as giving the site’s luxury labels a chance to expand their market reach and increase brand awareness in China.

Alibaba and Richemont will separately invest $300 million apiece in private convertible notes issued by Farfetch. Each will also front $250 million for a combined 25 percent stake in the London-based company’s new joint venture, Farfetch China. After its third year in business, they will have the option to purchase another 24 percent combined stake in Farfetch China after assessing its impact with Chinese shoppers. Paris-based Groupe Artemis, a holding firm with luxury investments like Kering in its portfolio, has separately decided to invest $50 million to increase its stake in Farfetch.

Alibaba and Farfetch plan to leverage their discrete expertise in consumer experience and luxury sales in the service of a joint Luxury New Retail strategy in China. The program will employ omnichannel retail technologies, including a suite of enterprise solutions powered by Farfetch, to give consumers the ability to shop luxury labels and multi-brand channels with ease. 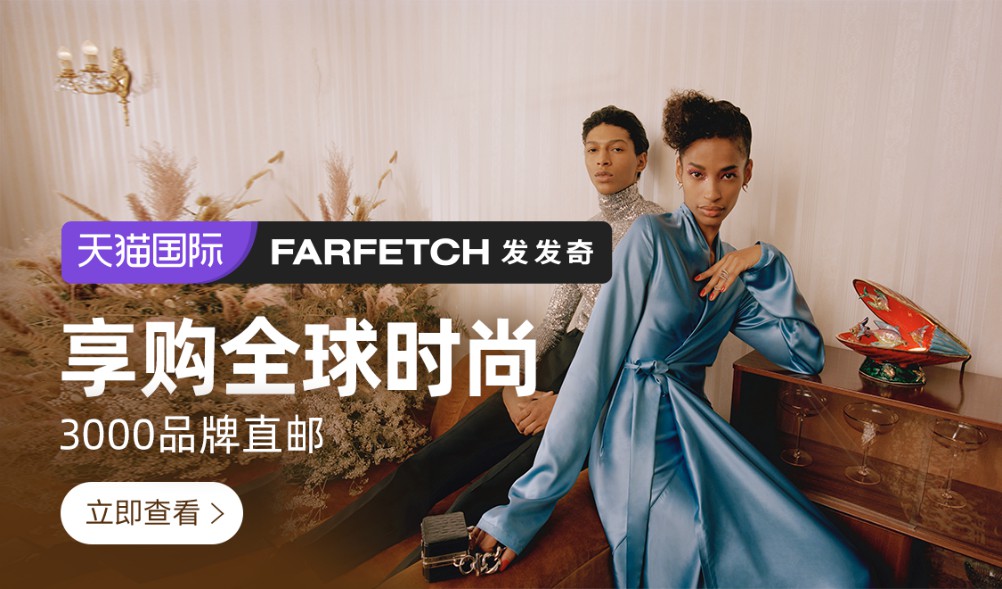 “This announcement is a major step in our mission to connect the curators, creators and consumers of the luxury fashion industry,” José Neves, founder, CEO and chairman of Farfetch said, adding that the $1.15 billion investment from Alibaba, Richemont and Artemis was a “strong validation” of the company’s position as “the global platform for luxury.”

The new initiatives “extend Farfetch’s strategy to power the digital transformation occurring across the luxury industry, which has been accelerated by the unprecedented challenges resulting from the Covid-19 pandemic,” he said. “The Luxury New Retail initiative will explore ways we can help the wider industry move forward and thrive in the post-Covid world.”

The Chinese luxury market is expected to account for nearly half of global luxury sales by 2025, Daniel Zhang, chairman and CEO of Alibaba Group, said. That fertile sales group is made up of “hundreds of millions of young, digitally-native consumers.”

“By partnering with Farfetch and expanding our existing relationship with Richemont, we will accelerate the digitization of the global luxury retail industry and transform the luxury shopping experience for consumers,” he added.

The partnership announcement comes on the heels of an auspicious start to Alibaba’s 11.11 Global Shopping Festival, which saw its first shopping window take place on Nov. 1-3, with another to follow on Nov. 11.

Hundreds of millions of shoppers flocked to the site at midnight as it opened its proverbial doors for the 11.11 event, which offered 14 million items from thousands of footwear, apparel, accessory, jewelry and cosmetic brands, Alibaba said.

In less than two hours, more than 100 brands, including Nike, Adidas, Apple, L’Oréal, Estée Lauder and Lancôme, saw a gross merchandise volume of RMB 100 million (about $15 million), the company said. What’s more, 1,800 brands that have been on Tmall for under three years surpassed their sales from Nov. 1 last year, with 94 brands seeing 1,000 percent year-over-year growth, it added.

The number of new products on Tmall alone this year will exceed 2 million, Alibaba reported, doubling last year’s numbers. The massive and rapid increase in brand interest illustrates “how important the festival is for capturing consumer attention and driving engagement,” it said. With a laser focus on the luxury market, Alibaba enticed nearly 200 luxury brands to join the festival this year, including first-time participants Montblanc, Piaget and IWC Schaffhausen.

But even before the company’s kickoff to the holiday season this week, Alibaba’s earnings report from September set the stage for a fruitful fall.  Revenue for the quarter grew by 30 percent year-over year, reaching RMB 155.1 billion ($22.8 billion). Adjusted EBITDA was up 28 percent from the same period in 2019.

Alibaba touted its resilience in the face of Covid-related challenges, noting that it is continuing to grow as the pandemic rages on. Alibaba’s core commerce revenue reached RMB 130.9 billion ($19.3 billion), marking a 29-percent year-over-year jump. Comprehensive product supply and a focus on user experience has driven consumer growth and higher purchase frequency, it said.

Augmented services from Alibaba’s logistics arm, Cainiao Smart Logistics, also contributed to growth within the country during the pandemic, with expansions of neighborhood and campus stations for package pickup. Cainiao broadened its international reach by opening up its export business to more global partners, now boasting logistics networks in 15 countries and regions.

“Alibaba had another strong quarter. We continued to help businesses recover and find new opportunities for growth through digitalization in the post-pandemic landscape,” Zhang said in a statement.

Zhang said the solid performance of the company’s “core commerce” contributed to the boom in business, while it remains focused on the “long-term growth engines” of domestic consumption, cloud computing and data intelligence, and globalization. Growth in these areas will allow Alibaba “to effectively capture opportunities from the ongoing changes in consumer demand and acceleration of digitalization of businesses across our digital economy,” he said.