Gender-inclusive, genderless, gender-free and gender-neutral have infiltrated fashion retail with increasing frequency in the past few years, and on Thursday, Gilly Hicks joined the movement toward creating stylish garb for people of all identities.

The Abercrombie & Fitch-owned brand is the latest youth-oriented specialty label to break down gender barriers, unveiling plans for a new 100-item underwear, loungewear and activewear assortment that matches “everyone’s styles, regardless of gender identity,” in a departure from its origins as a female-focused imprint. In tandem, the Gen Z-leaning brand debuted the new Future Stretch fabrication, whose 88 percent viscose, 9 percent elastane and 3 percent nylon composition achieves “80 percent vertical and horizontal stretch,” a spokeswoman said.

“Future Stretch will be available in our gender-inclusive underwear to start, but we plan to expand it into other categories in coming seasons,” she added.

The line includes undergarments offered in two fits and three fabrications while lounge options include joggers, tees, hoodies and shorts. Active apparel, meanwhile, spans 2-in-1 running shorts, seamless tanks and cool-down hoodies. Some items bear the tag line ‘Find Your Happy Place.’ Customers can shop the full lines at Gilly Hicks and Hollister stores, as well as at the individual brand websites.

The new positioning and offerings are part of a broader strategy at Gilly Hicks, which just opened the doors to its first standalone store after long coexisting with Hollister. The new store, in Columbus, Ohio, where Abercrombie is headquartered, paves the way for additional standalones in the future, the company noted. Gilly Hicks previously experimented with popup shops in 2017, using data and analytics from its BrandBox location at Tysons Corner Center in northern Virginia to gauge foot traffic and customer engagement and inform its retail playbook.

Re/Done Sets Up Shop in Paris

What’s more, the clothing giant has revamped some of the Gilly Hicks setups in the side-by-side Hollister shops (which total 21) to mirror the new Ohio outpost and ensure customers encounter a consistent merchandising experience. Shoppers, according to Abercrombie, will now find items grouped by fabrications and use, rather than the traditional approach of separating garments by gender. The 41 Gilly Hicks carveout shops in Hollister stores are next in line to be spruced up, the company said. The label is sold in more than 430 Hollister location, an Abercrombie spokeswoman said. 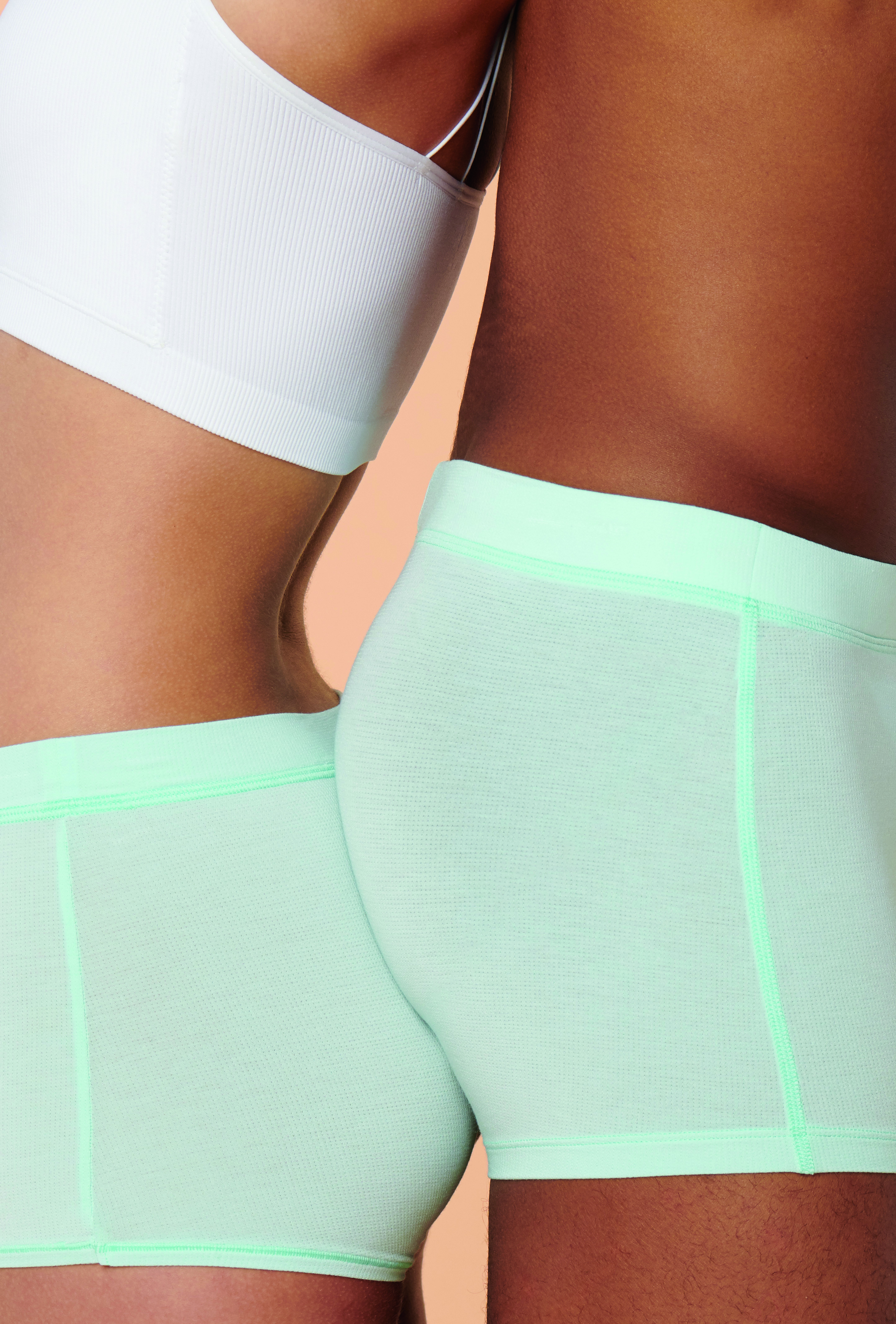 Plus, Gilly Hicks is also “celebrating a new purpose focused on helping Gen Z, which is the most stressed-out generation, find their happy place with a renewed focus on wellness and mindfulness,” said Kristin Scott, global brand president at Abercrombie & Fitch.

The Gilly Hicks brand mission reflects the parent company’s history of supporting mental health and mindfulness. Back in 2013, Abercrombie launched a series of anti-bullying initiatives to help customers combat harassment and violence in schools. Each year it has added new events to help consumers embrace diversity and expressions of inclusion.

And in the past, Hollister also has donated $1 million to select nonprofits to raise mental health awareness in the Gen Z community. Hollister even enlisted the help of TikTok stars Charli and Dixie D’Amelio, Rebecca Black, Maggie Thurmon, Jack Wright and Zahra to help teens talk about their struggles with mental health through a Zoom discussion series.

“We are thrilled to begin this new chapter for Gilly Hicks,” Scott said. “From its global reintroduction in 2017, to last year’s addition of our highly successful Gilly Go activewear line, to providing matching underwear, loungewear and sleepwear that can be worn by all genders—the brand has continued to evolve to best meet our customers’ needs.

“The new product, digital experience, stores and our recent investments in talent further demonstrate our commitment to Gilly as a key part of our company’s long-term growth strategy,” she added.

To celebrate the new launch, Gilly Hicks is also giving away $100,000 to help customers find their happy place. Fans in the U.S., Canada and the U.K. can leave a comment on the Gilly Hicks Instagram page through July 31 to share what makes them smile. Five participants will be awarded $20,000 each to spend on whatever makes their happy place a reality, the brand said.