H&M Group also revealed preliminary earnings for its first quarter, seeing net sales on a local-currency basis increase by 18 percent. Net sales for the period from Dec. 1, 2021 to Feb. 28, 2022 increased by 23 percent to 49.2 billion Swedish krona ($5.19 billion) from last year’s 40.1 billion ($4.2 billion) when not accounting for exchange rates.

The earnings amount is provisional and may deviate from H&M’s official report, which will be published March 31, 2022. The report comes in slightly ahead of Refinitiv’s estimates of 49.1 billion krona ($5.18 billion).

The spread of Covid-19’s Omicron variant cost Inditex approximately 400 million euros ($440 million) in the quarter, the fast fashion retailer said. The impact on the gross profit due to increased markdowns was approximately 210 million euros ($231 million). Due to the sudden drop in store sales and traffic, the company said it was difficult to compensate the incremental store expenses associated with the Christmas season and the additional costs linked to increased online sales. The impact from this was a further 190 million euros ($209 million) in operating expenses.

What Controversial Fashion Brand Is Most Googled?

With the Omicron variant now appearing to be in the rearview mirror, the Spanish retailer said the start of its upcoming season has returned to traditional positive growth patterns.

The Zara parent also pulled back the curtain on current quarterly sales. Store and online sales between Feb. 1 and March 13 were up 33 percent compared with the same period of 2021 and up 21 percent from the record pre-Covid levels of 2019. In this period, the Russian Federation and Ukraine represented approximately 5 percentage points of sales growth.

“Our objective is to resume operations in Russia and Ukraine as soon as circumstances allow,” Inditex CEO Oscar Garcia Maceiras said during a news conference.

For H&M Group, which also owns brands like Cos, Monki, Weekday and & Other Stories, Russia and Ukraine account for approximately 4 percent of group sales. 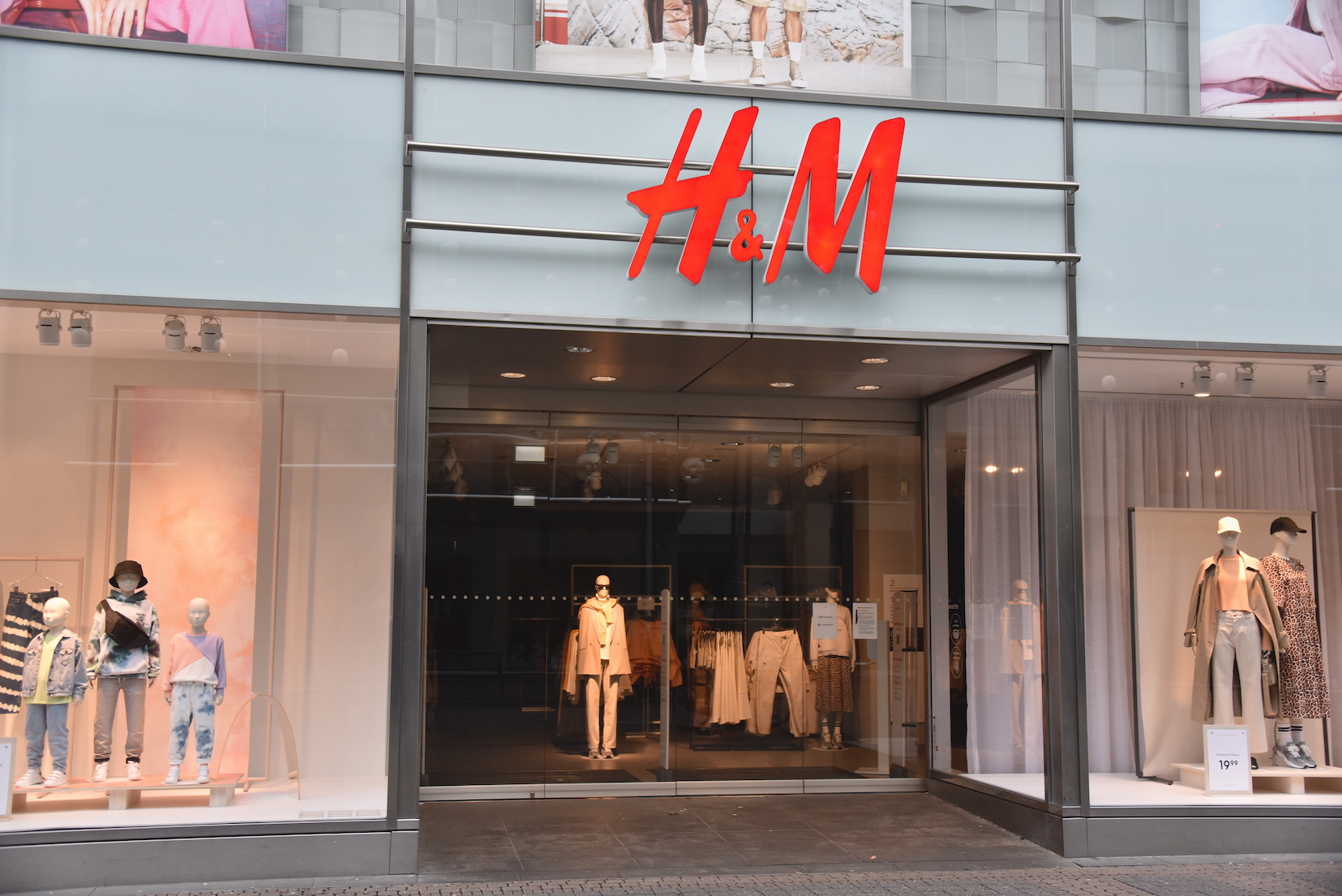 Inditex operated 515 stores in Russia and 85 stores in Ukraine as of Jan. 31. H&M operated 158 Russian stores as of Nov. 30, 2021, and currently operates nine Ukrainian locations.

Credit Suisse said in a research note that the quarterly numbers for the Swedish fashion firm implied a slowdown in local-currency sales growth to around 14 percent in February, from the around 20 percent flagged previously for December-January.

The analysts at the investment bank noted that while Russia accounts for a small share of H&M’s sales, the Ukraine crisis could result in a material effect on global disposable income and demand.

Another equity analyst, Richard Chamberlain at RBC Capital Markets, said he had cut profit estimates for the group for this year and next by roughly 10 percent, pointing to the Russia store closures but also the fact Central and Eastern Europe account for approximately 12 percent of total group sales.

While it is unknown where H&M stands yet when it comes to pricing, Inditex expects slight changes in the face of the global headwinds. During the Inditex conference call, Garcia Maceiras said the company plans to adjust prices in markets affected by inflation, expecting increases by an average of 2 percent in Spain. The retail giant expects the price increases to have mid-single-digit contributions to the 2022 spring/summer sales season.

“The rises will depend on the situation and will be selective,” Garcia Maceiras said. “We do not plan massive increases.”

Amid the uncertainty, as well as a new incoming executive chairwoman in April, Inditex has made significant plans to invest in its logistics capabilities.

Specifically, the retailer plans to build a new warehouse, an auxiliary service building, a staff cafeteria and a truck parking area, including walkways connecting the new and existing buildings.

Inditex also unveiled plans for a new 170,000-square-meter building that will house the Zara sales and design teams within the retailer’s complex in Arteixo, Spain. The new building will entail an investment of 238 million euros ($261.8 million). Construction began in January and is expected to take around two years to complete.

Inditex has decided to accelerate inventory inflows for the spring season without altering commitment levels to increase product availability in the face of possible supply chain tensions.

The flexibility in the supply chain led Inditex to post a robust full-year gross margin of 57.1 percent, up 123 basis points (1.23 percentage points) from 2020’s 55.8 percent, marking the retailer’s highest level in six years.

Aiding these margins is the full rollout of its RFID and integrated stock management system (SINT) concepts, as well as the completed migration to its Inditex Open Platform (IOP). The IOP serves as the company’s digital operating system, designed to allow the business to adapt their processes for customer demands in real time and react to their preferences.

As the company evolved throughout the pandemic and supply chain constraints and costs both skyrocketed, Inditex sought to source closer to home. The global retailer of 6,477 stores now produces more than half of its goods near Spain, which has helped the company deliver products to consumers quickly while also raising online sales to 25.5 of total revenue in 2021. Inditex expects that percentage to increase to 30 percent of the total business by 2024.

The company also noted that it outperformed its sustainability targets for 2021, specifically for the use of renewable energy throughout the enterprise, which now accounts for 91 percent of total consumption. On the product front, Inditex topped its target for this year by seven percentage points, with 47 percent of the products put on sale carrying the Join Life label which distinguishes those made using more sustainable materials and/or processes.