E-commerce might be the talk of the town, but some labels are building their brands by betting on brick-and-mortar.

Knix is planting not one—but three—stakes in the U.S. market with the opening of new retail locations this fall.

On Saturday, the Canadian intimates brand known for its leak-proof panties opened its first California location in Santa Monica, with storefronts in San Francisco and San Diego soon to follow. The expansion is part of Knix’s strategic physical expansion into high-penetration areas. 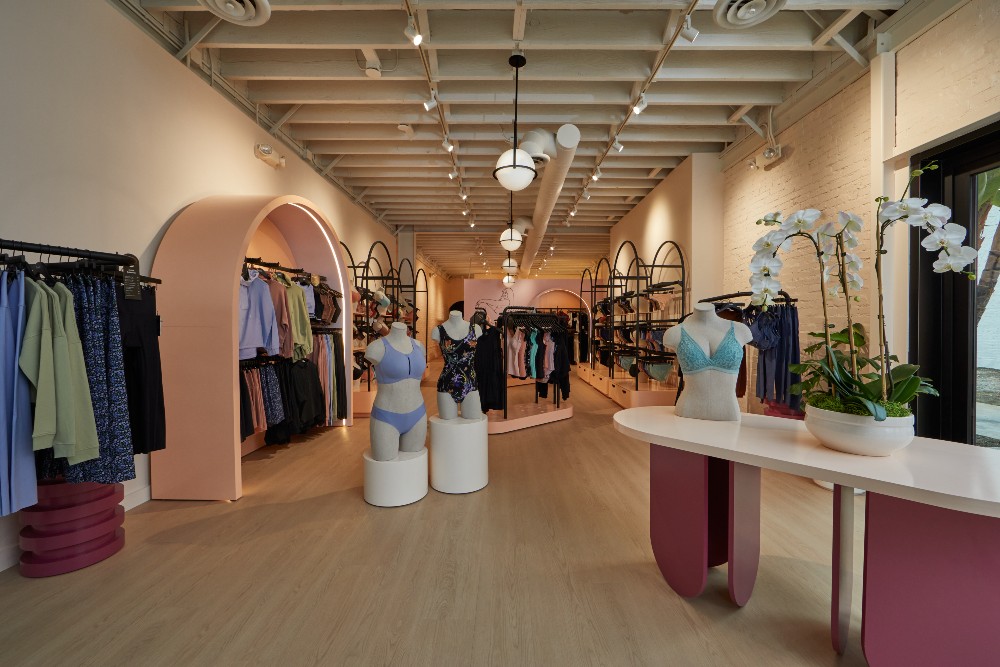 Focusing on the West Coast before expanding eastward, the new locations offer opportunities for Knix shoppers to interact with the brand in person, while fostering awareness with new consumers.

“We are strategically expanding our retail in geographies that complement our digital roots,” founder and CEO Joanna Griffiths told Sourcing Journal. “California has always been a strong market for Knix’s e-commerce business, so it made sense for it to be the first state we introduce Knix stores to.” 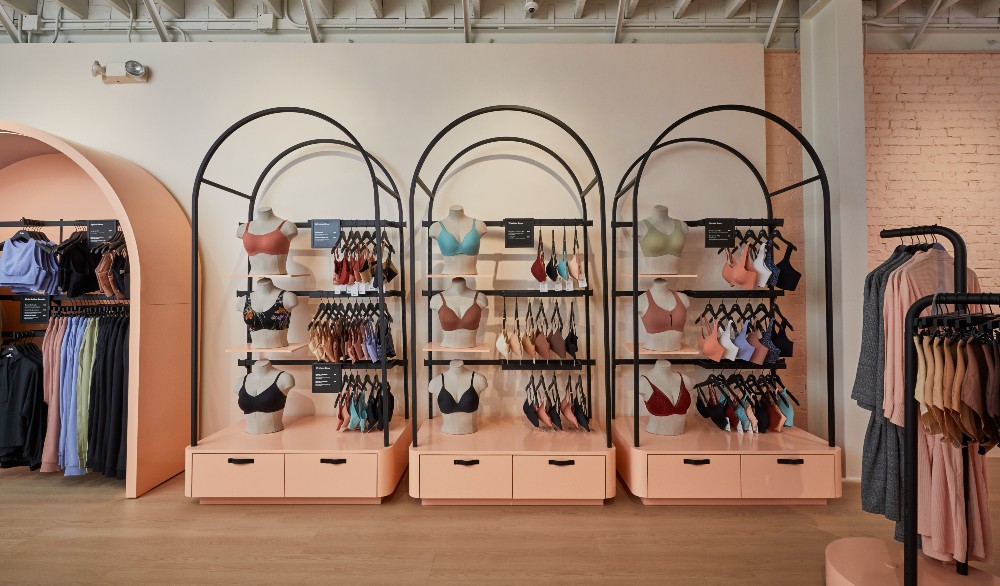 Griffiths said the strategy enables Knix to “take a cluster approach to opening stores” in a singular region, and focus on setting up productive teams to service their respective communities. “Our stores are a living extension of our brand and we want every customer that comes through our doors to have positive experience with our team, our products and the space itself,” she added. 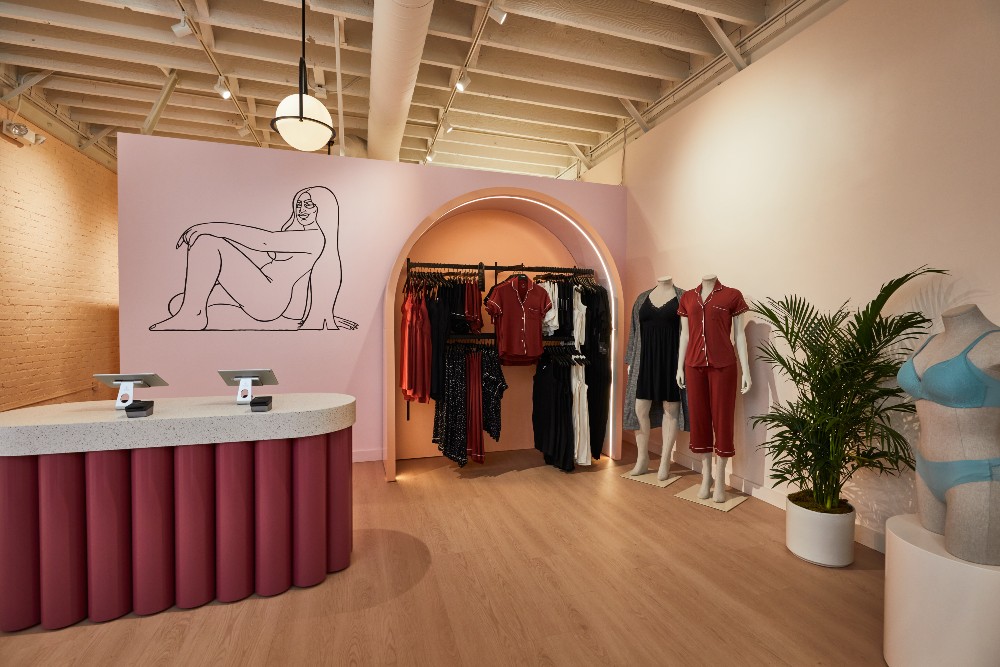 Target Goes Bigger to Get Better

Mango Is in Growth Mode

Design firm Uppercase, which spearheaded the creation of Knix’s Vancouver and Toronto locations, assisted with the U.S. locations. The brand has also announced plans for another Canadian storefront in Ottowa opening by the end of the year.

The 1,300-square-foot Karl Lagerfeld Paris store, which opened Tuesday, features an assortment of men’s ready-to-wear apparel and accessories, from outerwear to small leather goods, luggage and footwear. The curated range showcases modern, casual essentials like knits, tracksuits, denim and jackets crafted in monochromatic palettes with patterned accents. A “Karl Kameo” graphic of the designer’s recognizable visage and glasses is featured on a number of T-shirts, hoodies, wallets and other items. 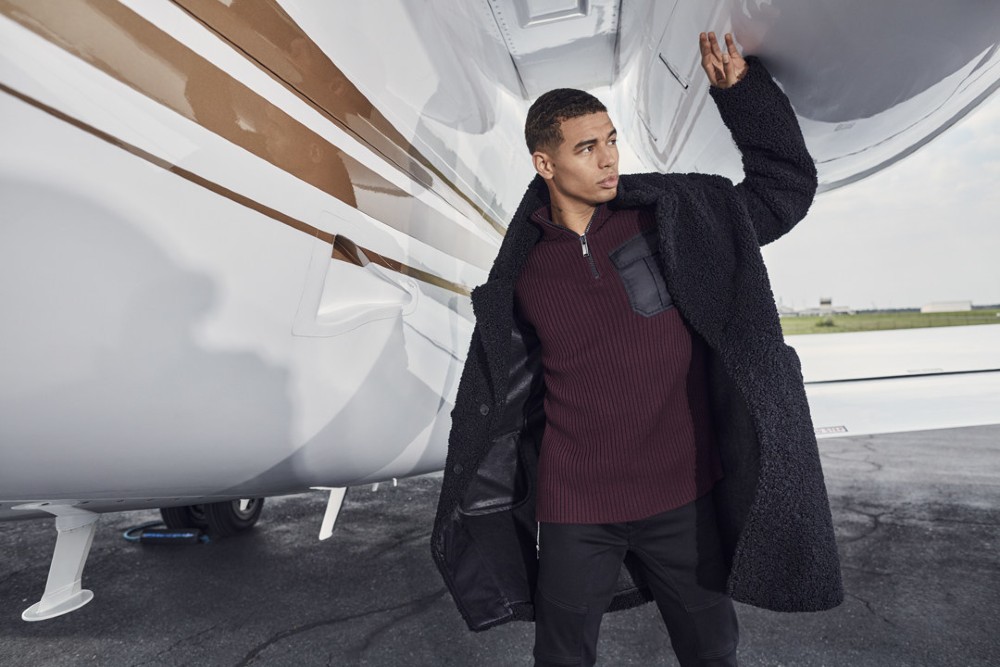 According to G-III, the space was designed as an immersive experience and a tribute to the iconic, eccentric designer in a signature black and white palette, featuring contrasting textures and modern fixtures. The boutique will offer services like virtual appointments, curbside pickup and private, one-on-one styling.

The space, which also opened this week, carries a variety of the womenswear designer’s ready-to-wear, outerwear and footwear. For fall, the store’s assortment hinges on knits, poplin shirting, vegan leather statement pieces, cashmere sweaters and puffer coats with a cool-weather palette of blues, greys, camel and mulberry. Limited footwear offerings encompass a small range of styles in black and tan. 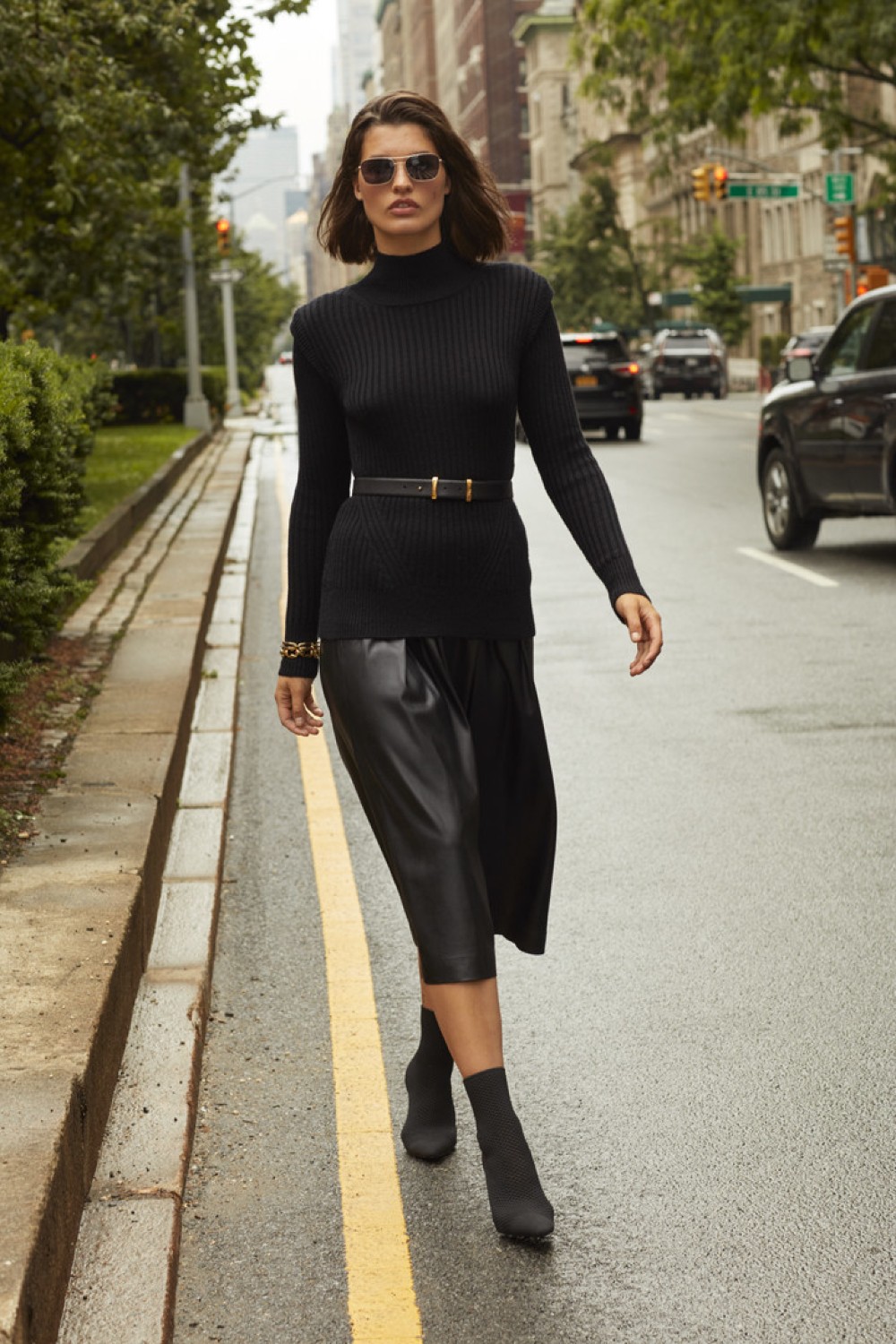 While more than 11,000 fashion-related businesses shuttered for good last year, including many based in malls, Simon Property Group has reason to believe physical retail is poised for a resurgence. On a call with Wall Street analysts in early August, chairman and CEO David Simon said demand for space at the company’s many shopping centers was on the upswing.

During June along, sales were “equal to June 2019 and up 80 percent compared to last year, and were approximately 5 percent higher than May sales,” he said at the time. And while the direst days of the pandemic saw the property owner slashing rents, Simon assured that going forward, arrangements would be managed “tenant by tenant” instead.

“We continue to see demand for space across our portfolio from healthy local, regional and national tenants, entrepreneurs, restaurateurs and mixed-use demand… increasing day by day,” he noted, adding that the company is “tickled pink” by retail’s return.

Tory Burch replanted its flag in Soho with a new concept store, marking the brand’s return to the popular downtown shopping district where the eponymous designer unveiled her original boutique back in 2004.

“I have loved the creative process, combining a modern space with signature decorative elements and details that are personal to me,” she added. “The downtown location feels like a homecoming, just a five-minute walk from where we opened our first boutique on Elizabeth Street.”

Curiosity architect Gwenaël Nicolas led the store’s design, an interplay on “old and new, minimal and maximal, architectural and decorative” where brass, rattan and oak furnishings and finishes illustrate the “tension” evident in the designer’s collection, the company said.

Allbirds continued its store-opening hot streak with a new Century City store that bowed in early September, marking its third in the L.A. area and 31st worldwide. The B Corp, which has filed to go public, said the 3,989-square-foot space’s use of natural and sustainable materials mimics the eco-friendly inputs that make up its popular fashion and footwear.