Lids is looking to branch out in a big way to attract new demographics of fans.

The retailer, which sells licensed headwear and apparel typically donning logos and likenesses of professional and collegiate sports teams, is launching a new private label designed specifically for kids and a new brick-and-mortar concept for die-hard college sports fans.

Debuting ahead of the back-to-school season, the “Explore by Lids” label deviates from Lids’ previous product lines in an effort to promote discovery and education, while providing kids with stylish headwear options.

The line is designed for children aged four-to-seven years old, and includes snapbacks and bucket hats with child-friendly designs. Lids described some of the hats as depicting scenes including the solar system, wildlife in their natural habitats such as the ocean and desert, a rocket ship in outer space and shooting stars.

Explore by Lids is currently available across more than 350 stores in the U.S. and Canada with a curated assortment. Beginning in October, the line will expand to include headwear for adults in matching designs, offering one collection for the entire family.

The concept for “Explore by Lids” was created by Lids corporate interns during the retailer’s 2021 summer internship program. Each year, college students participate in the eight-week program and focus on numerous real-world projects in different departments across the company. In 2021, several Lids interns developed the Explore by Lids concept and presented the idea to Lids management.

“We are incredibly proud of our former interns for developing this concept,” said Britten Maughan, president of Lids, in a statement. “Great ideas can come from all parts of the organization and this collection is a testament to the emerging talent that our team at Lids is committed to fostering through our internship program. ‘Explore by Lids’ was created to foster growth and inspire the next generation to continue to use their imaginations, which are values that embody our corporate spirit at Lids.”

“Interning at Lids was such a rewarding experience,” Swinford said. “It’s amazing to be involved with bringing this project to life and watching it develop from start to finish. My hope for ‘Explore by Lids’ is that it will foster the inspiration that I experienced during my internship with Lids. It’s an honor to be a part of the first ever Lids internship project to be produced, and I have no doubt that it will resonate with our young consumers who are beginning to develop their own style.”

Lids U launches with 11 stores in major college markets

The Explore by Lids debut came one week after the retailer unveiled its newest retail concept, Lids University (Lids U). Created as a space for fans and alumni to purchase collegiate sports product and apparel representing their favorite schools, Lids U stores will open in key college markets and will offer product aimed at specifically serving each local community.

Lids U was developed in response to Lids consumers seeking more NCAA-themed product from the retailer. The new concept will feature a large assortment of NCAA product with a curated selection of headwear, apparel and accessories from local, regional and national university and collegiate teams.

The stores will open in shopping malls and outlets, with each store offering products unique to the market that it serves.

The concepts will also feature Lids’ signature Custom Zones, which allow consumers the opportunity to custom-embroider a product of their choice in-store. The stores will continue to carry apparel brands such as Nike, Adidas, Under Armour, Fanatics, Retro Brand, Champion, Colosseum, Cutter & Buck, Antigua, Mitchell & Ness and more, as well as Wincraft, Tervis, Indigo Falls and headwear brands New Era and Zephyr. 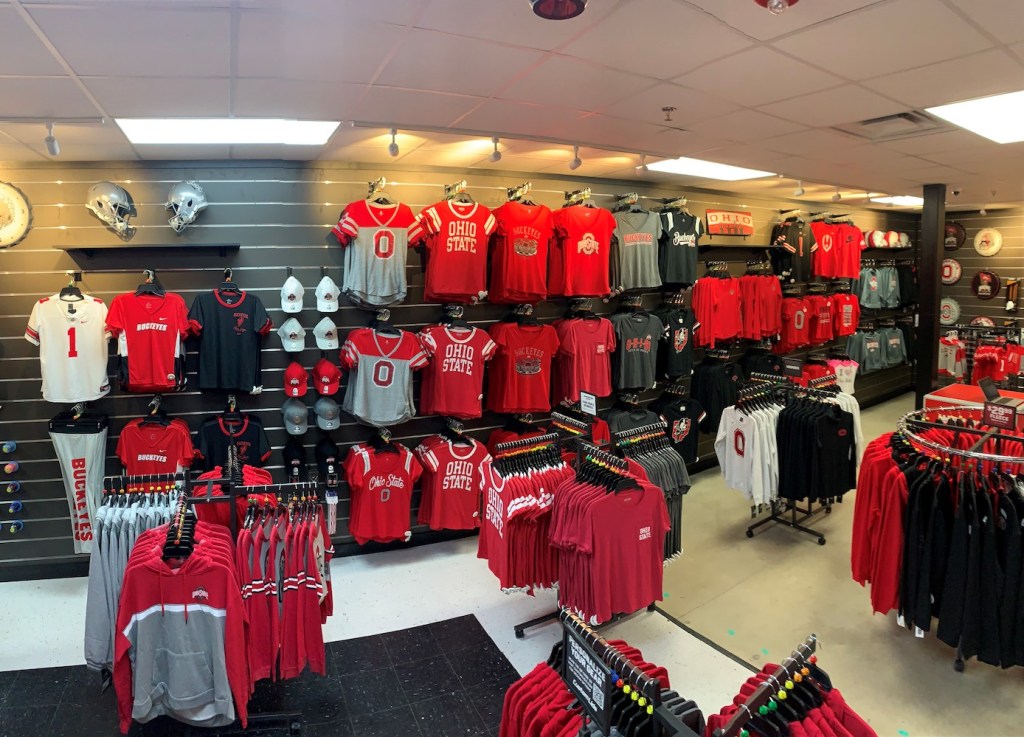 “This is an exciting moment for Lids as we officially open a new store concept dedicated to collegiate sports fans across the country,” said Lawrence Berger, co-founder and partner at Ames Watson, owner of Lids, and chairman of FanzzLids Holdings. “We understand that our customers wanted to see more collegiate products in our stores, and we’re proud to now offer a space for consumers to shop the latest looks from their favorite collegiate teams.”

Lids has been in expansion mode since Maughan was promoted to president in September 2021, taking some of the heat off CEO Tom Ripley, who usurped the executive chairman role in the process. As part of Ripley’s transition, the company said he would focus on Lids’ continued growth initiatives alongside several key partners, with a specific focus on the retailer’s international expansion.

The retailer debuted its first standalone stores in Europe three months later, opening four Lids locations throughout the London metropolitan area. Lids is looking to open more than 100 standalone stores in new markets, with U.K. expansion being a top priority at the company, Ripley said in a statement when the store opened.