A former Victoria’s Secret and Lululemon exec is jumping back into the intimates game with a new line tailored specifically to shoppers in the D+ range.

On Wednesday, Helena Kaylin, who has also held merchandising positions at Under Armour, Uniqlo, Calvin Klein and Carbon38, announced the launch of Mindd, a direct-to-consumer wireless bra startup.

Fueled by her industry experience, Kaylin sought to create a collection of size-inclusive, comfortable intimates that caters to a significant consumer demographic that she feels has been underrepresented in the market.

Using data collected from meetings with more than 100 women who wear a D cup size or larger, Kaylin developed Mindd Tech, a patent-pending fit technology that addresses the group’s particular pain points when it comes to bras.

“One piece of feedback that came through consistently was that D+ shoppers wanted the comfort that came with a wireless bra, but didn’t feel wireless bras on the market were designed with them in mind,” Kaylin said in a statement. “Despite the fact that there are so many bra companies out there, these women felt that when it came to their D+ options, they had to either forego comfort by choosing a wire bra, or sacrifice style, typically resorting to a sports bra that, while functional, didn’t make them feel beautiful.”

The vast majority (80 percent) of women reportedly purchase the incorrect bra size—a phenomenon she attributes to the lack of selection available to women with changes in breast volume due to a number of physiological factors.

On Brand: Inside Pinsy's Made-to-Be-Seen Shapewear

How Brands Can Win Via the Extended-Size Market 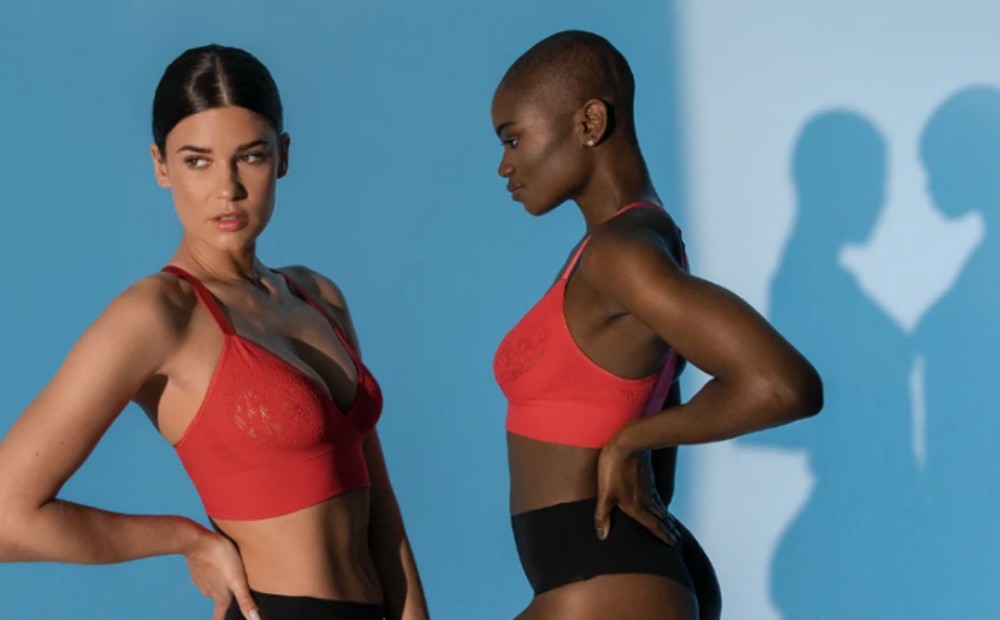 In developing her proprietary technology, Kaylin tested fabrics and textures that provided varying degrees of comfort, support and style—along with the ability to adapt to the body’s natural size fluctuations.

Her experiments included fishnet, which easily adjusts and breathes, along with spandex, which makes up much of the shapewear offering on the market today. The exercise allowed her to conceptualize the shapes, contours and specific material zones on the line’s introductory styles.

Mindd is also committed to reducing waste, Kaylin said, including the use of non-textile materials like foams and glues.

The For Life Lace Collection, which debuted this month, is made up of four wire-free styles ranging from 28D through 42E/F. All offerings will retail for $68, and are available in three color ways on the brand’s website. A second line of intimates will be released in Q2, Kaylin said.

“The bra industry continues to evolve and innovate to find new ways to meet consumer needs,” Todd Mick, executive director of The NPD Group, said. “Extended sizing, including full-figure and plus sizes, is a growth opportunity for the intimate apparel market.”