When Ministry of Supply reopened its physical stores after the initial shutdown, the tech-driven brand’s first focus—like many other retailers’—was enabling BOPIS and curbside pickup.

But for the originally formalwear-centered company, that simply was not what its consumers were looking for, Nicole Mazzola, retail operations manager at the tech-driven apparel company, said Thursday at Digital Commerce 360’s Impact Ecommerce virtual event.

“That’s not where our effort should have been spent, and we were about 75 percent of the way through of building out that system online and we decided to completely scrap it,” Mazzola said.

This sort of flexibility and willingness to pivot has proven key for the retailer. Months after reopening its stores, Ministry of Supply closed all but its Boston flagship location as it saw its business remain largely centered on e-commerce.

As Ministry of Supply has zeroed in on e-commerce, Mazzola said the company is working with new partners to determine how it can translate aspects of the in-store experience—such as touching or trying on a product—to its online store, and then seeing if the consumers are using these features.

The Omnichannel Dilemma: Will Pandemic-Era Investments Pay Off?

“Do we have customers that are really responding well to our size guides as a mean to communicate the fit of the product or are we seeing a really big high spike in return data for one particular product, meaning that maybe the fit wasn’t just right for that product,” she said.

As for what that one Boston store will look like in the future, Mazzola left it up in the air. “It could be something completely different, it could be an on-demand knitting facility for us next year,” she suggested.

While the pandemic has forced Ministry of Supply to build up its pre-existing e-commerce platform, what the company sells has expanded into an entirely new territory: masks.

When the pandemic started, Aman Advani, Ministry of Supply’s co-founder and CEO, told Sourcing Journal his company quickly began producing masks for front-line workers. To date, he said the apparel innovator has donated—with the help of $100,000 in customer contributions—more than 70,000 masks to frontline workers and healthcare professionals to date.

But when the Centers for Disease Control began recommending the general public wear personal protective equipment like face masks, Ministry of Supply’s market for these items widened. High-profile media coverage “kicked off for us what was the start of success during Covid,” Mazzola said. Since launching The Mask in May, Advani said the company has sold more than 50,000, making it its best-selling product.

Though unemployment has fallen significantly since its 14.7-percent peak in April, America’s jobless ranks still remain well above the lowest-in-half-a-century numbers the nation saw in the lead up to the pandemic. According to the Bureau of Labor Statistics, the number of unemployed persons stood at 11.1 million in October, translating to a 6.9 percent unemployment rate.

Ministry of Supply’s new partnership with Sezzle aims to invest $250,000 in helping these individuals get a fresh start.

“In May, when the U.S. unemployment numbers were released, we saw another window for us to give back,” Advani said. And so, the company launched its Starter Kit initiative, “a program that allowed us to use our unique resources to make an impact while also reducing excess waste,” he said. Initially, the company shipped about $25,000 worth of clothing to financially challenged members of its community who needed clothes for an upcoming interview. But, Advani said the company believed there was more it could do. 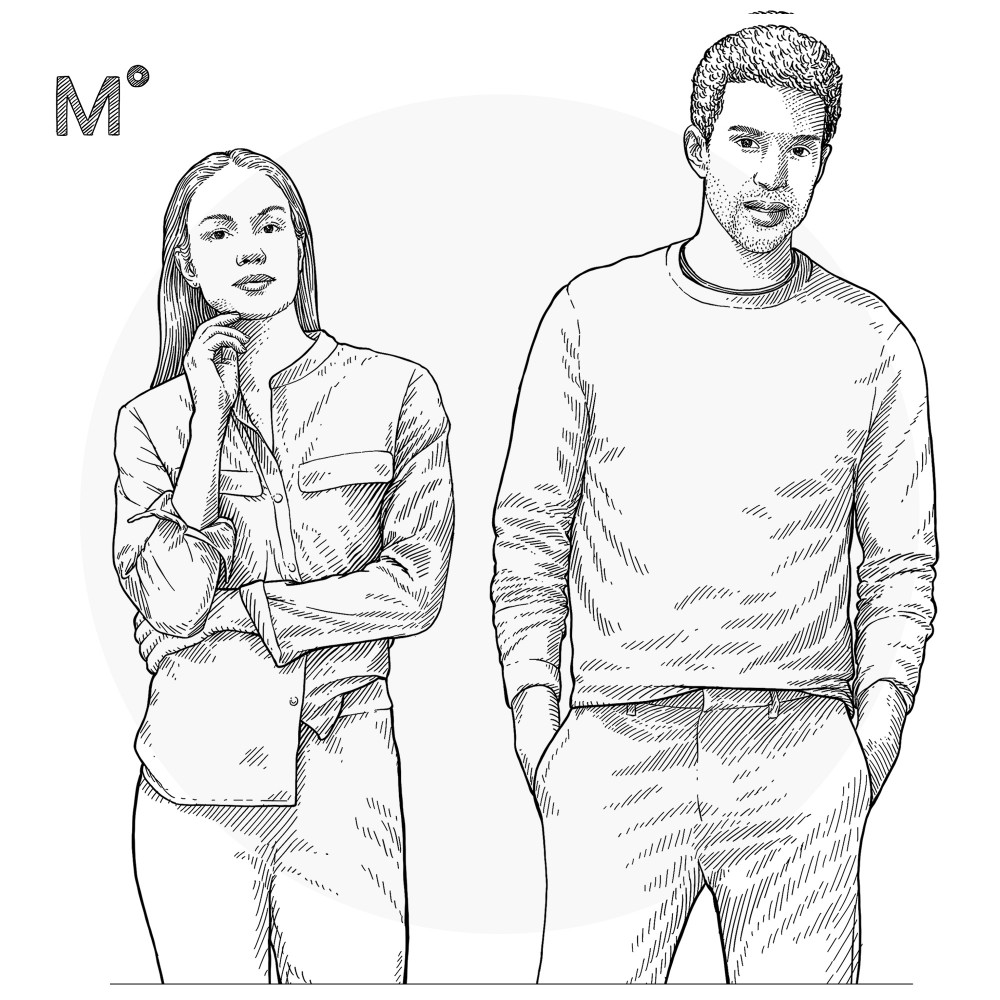 Having previously partnered with Sezzle to offer its customers an interest-free installment payment option, Ministry of Supply turned to the payment platform for its new project. “The partnership was natural,” Advani said. “Since Starter Kits were meant to bring financial options to those that needed it, it was obvious to approach Sezzle to join the mission.”

Together, the companies plan to gift thousands of kits to Americans who are preparing for upcoming job interviews or pursuing fresh starts but lack the financial resources. The kits’ contents vary, Advani said, but they generally include a mix of tops, bottoms and masks.

Ministry of Supply announced its new program in a full-page national ad in The New York Times on Sunday. Those interested in receiving a free Starter Kit simply had to complete a short questionnaire on Ministry of Supply’s website. Due to “overwhelming demand,” however, the company has already paused applications. Those interested can enter their email on a waitlist.

Looking beyond this latest Starter Kit giveaway, Advani said the company will continuously seek out ways to give back. “That may take the form of another round of Starter Kits, more masks, or another initiative that meets the needs of the moment,” he said.