Sorry, Amazon—Nike’s just not that into you.

The Oregon-based sportswear giant put the world on notice yesterday with the news that it was ending a two-year pilot selling its popular apparel, footwear and accessories directly on Amazon.com—a move that prompted Birkenstock Americas CEO David Kahan to throw some shade by commenting on a LinkedIn post, “some other brand actually was ahead of this by 3 years.”

The German maker of cork-based clogs went through its own Amazon breakup years ago, maddened by the influx of knockoffs inundating the online marketplace.

Brand positioning has long stymied fashion from finding a foothold on Amazon, and Nike president of direct to consumer Heidi O’Neill similarly points the finger at the subpar experience consumers face when browsing the athletic giant’s products on a website designed more for function than form.

Nike, O’Neill said in an interview on the Bloomberg Business of Sports podcast Thursday, believes in the consumer experience of the future, one that’s elevated and fosters a direct connection between the shopper and the brand. And though the performancewear powerhouse is refocusing its efforts on nurturing these direct consumer relationships, retail partnerships will continue to play an invaluable role in showcasing the brand, she added.

When asked to define what isn’t “premium” about the experience of interacting with Nike product on Amazon, O’Neill pointed to what the Oregon company has built through its suite of consumer apps, which include SNKRS, Nike Training Club (NTC) and Nike Run Club (NRC), which she said is one of the most-downloaded apps in the world. 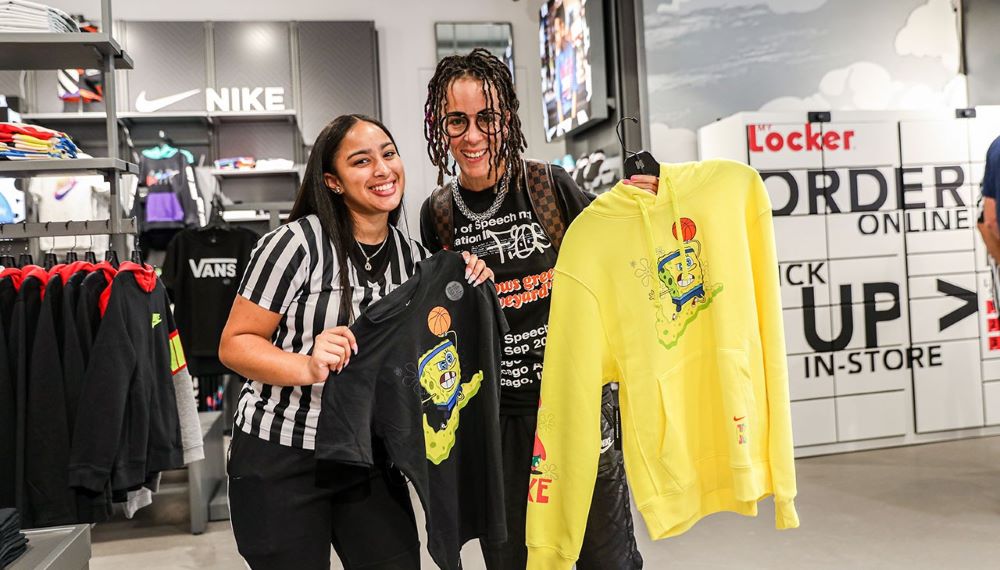 Nike collects a wealth of valuable and intimate data through the mobile software, from basic information like purchase history to how often consumers log in to work out.

“That’s the kind of future we see for our consumers,” O’Neill said.

Retail partners will be a “big part of our innovation” going forward, she added. The Washington Heights Foot Locker store that opened in upper Manhattan over the summer provides a clue to what lies ahead for Nike’s retail relationships.

Calling that store a “pilot,” O’Neill said the company infused its Nike App at Retail into the new location—home to myriad streetwear-savvy consumers—to offer a better brand experience than what’s typically found at the average multibrand athletic retailer. That means consumers using the NikePlus app can reserve the brand’s product online for pick-up in a store locker or get free product using the “Unlock Box.”

Because Nike’s digital presence was tightly integrated with the store, consumers didn’t have a “dead end” relationship with the brand once they left the Washington Heights Foot Locker, O’Neill said.

That pilot serves as one example of how Nike plans to “have partners be a really important part of our ecosystem,” she added.