Amid the formal announcement of its annual Anniversary Sale dates and two major retail partnerships, Nordstrom raised its full-year guidance for both sales and earnings, sending the department store’s stock soaring as much as 15 percent in Tuesday after-hours trading.

Total revenue at Nordstrom rose 18.7 percent to $3.57 billion in the first quarter, surpassing Refinitiv analysts’ estimates of $3.28 billion, on net income of $20 million.

In a Nutshell: After taking a minority stake in Asos last year, Nordstrom debuted its first collaboration with the U.K.-based online fashion giant on Monday. The department store will introduce more than 650 Asos styles this summer in 10 Nordstrom stores and on Nordstrom.com.

Additionally, the company is debuting Asos|Nordstrom at its Los Angeles store, offering an immersive experience with brands curated by both retailers, as well as brand partners Topshop and Topman. The store will include shop-in-shops from Nike and Levi’s, content creation spaces, sneaker cleaning and customization services like patchwork, chainstitching and monogramming.

And on June 1, Nordstrom will launch men’s and women’s Allbirds styles in 14 stores, becoming one of the sustainable footwear brand’s only wholesale partners. Offerings will include the brand’s flagship Wool Runner, Tree Runner, Tree Lounger, Tree Breezer, Tree Flyer and Tree Dasher. The company has plans to launch Allbirds on Nordstrom.com later this summer, president Pete Nordstrom told Wall Street analysts on an earnings call.

Nordstrom Is Trying to Premiumize Rack 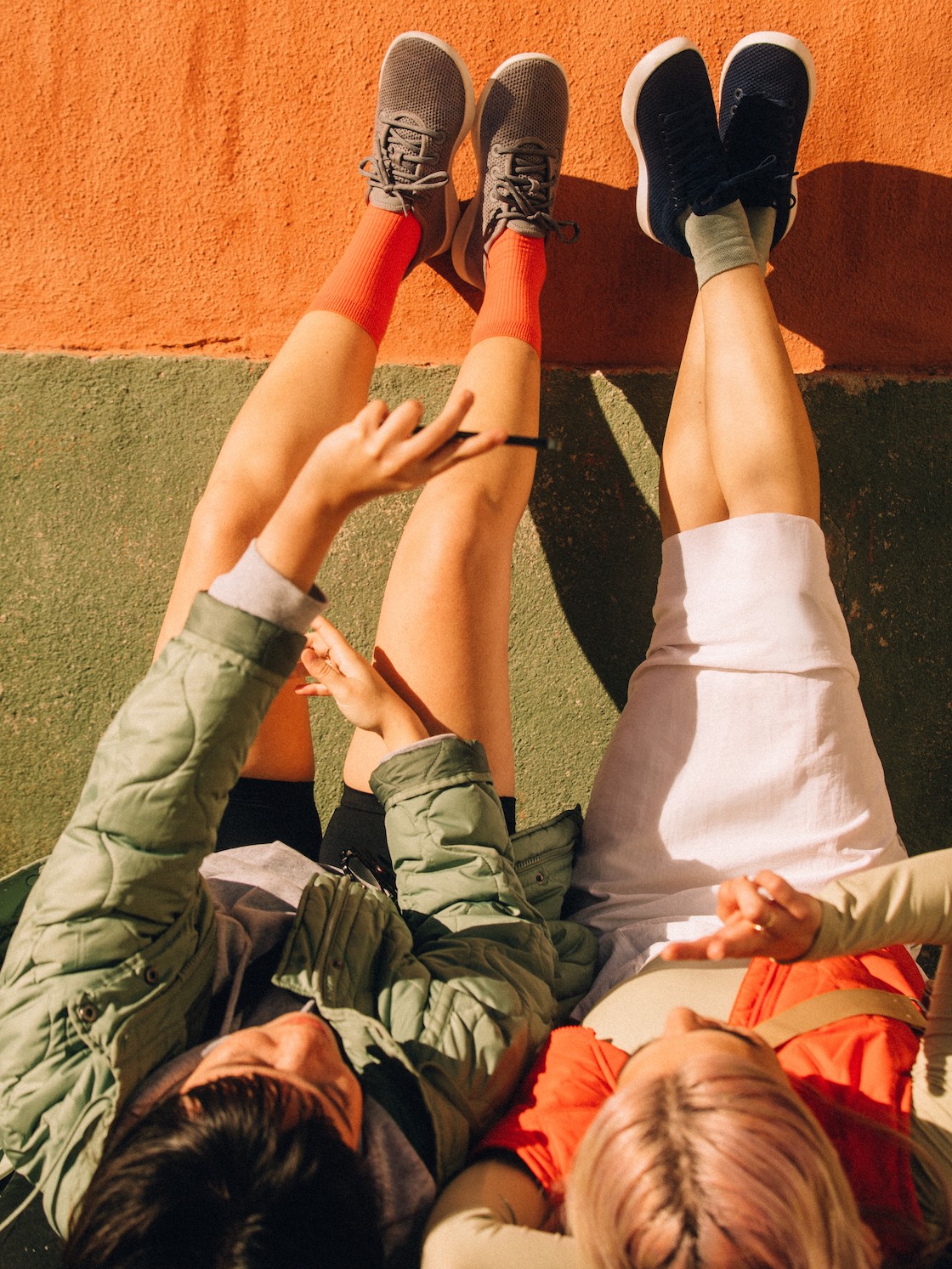 In the first quarter, core categories including men’s and women’s apparel, shoes and designer accessories had the strongest growth against 2021 comparisons, as customers refreshed their wardrobes for occasions such as social events, travel and return to office.

Gross margin was 32.8 percent, up 190 basis points (1.9-percentage points) compared with the 30.9 percent margin in the same period in fiscal 2021. The retailer attributed the increase to leverage on buying and occupancy costs and improved merchandise margins from favorable pricing impacts and lower markdown rates.

Ending inventory increased 23.7 percent in the quarter to $2.42 billion, soaring from the $1.96 billion in the year-ago first period. Approximately one-quarter of the inventory change from last year is due to the pull-forward of Anniversary Sale receipts.

As the company monitors the ongoing supply chain challenges and inventory flow, its president said the department store has identified opportunities across its network to improve supply chain efficiencies and capabilities.

“We have four initiatives in flight: First, improving the consistency and predictability of unit flow through our network. Second, increasing productivity in our distribution and fulfillment centers,” he said. “Third, accelerating delivery speed and finally, expanding the market level selection for in-store shopping as well as same-day and next-day pickup. “

Nordstrom said he believes these four actions will improve the customer experience, increase sell-through, reduce markdowns and drive expense savings. The retailer is encouraged by the results and expects them to play a bigger role in driving these benefits in the second half of 2022.

For the 2022 fiscal year, Nordstrom is raising revenue guidance to a 6 to 8 percent growth range, up from the original 5 to 7 percent initially forecast.

Including credit card revenues of $102 million, total revenues increased to $3.57 billion in the first quarter, an 18.7 percent jump to $3.01 billion.

For the Nordstrom banner, net sales exceeded pre-pandemic levels, increasing 23.5 percent to $2.29 billion from the $1.85 billion taken in a year ago. GMV increased 24.8 percent year over year.

At the off-price Nordstrom Rack banner, net sales increased 10.3 percent to $1.18 billion compared with the 2021 period sales of $1.07 billion. The Rack brand continued to show sequential improvement towards pre-pandemic sales levels, the company said. The performance comes after reports months ago indicated that the retailer was contemplating strategic alternatives for the off-price business, including a potential spinoff.

Digital sales represented 39 percent of total sales during the quarter, and were flat year over year.

Net Earnings: Nordstrom reported first quarter net earnings of $20 million and earnings per diluted share  of 13 cents for the quarter. The period was a major turnaround from a loss of $166 million to start 2021, amounting to a $1.05 EPS loss.

Excluding a $51 million gain on the sale of Nordstrom’s interest in a corporate office building and a $10 million impairment charge related to a Trunk Club property, the company posted an adjusted loss per share of 6 cents.

CEO’s Take: To open the call, CEO Erik Nordstrom shared the success of the company’s “Closer to You” market strategy, which aimed to increase Nordstrom’s digital presence, win in its top 20 markets and broaden the reach of Nordstrom Rack.

“Customers clearly value our interconnected model, with order pickup comprising 10 percent of Nordstrom.com demand this quarter, an increase of 200 basis points versus the prior year. In Q2, we’ll continue to scale our market strategy by expanding next-day order pickup capabilities to over 60 additional Rack stores in our top 20 markets,” he said. “Customers utilizing in-store pickup have higher engagement and spend three-and-a-half times more than customers who don’t utilize the service.”