Retail titans including Amazon, Walmart and Target are winning the omnichannel commerce race due to their massive economies of scale and overall fulfillment networks, but what about the rest of the industry?

Brent Beabout, president and founder of AirTerra, the last-mile logistics platform recently acquired by American Eagle Outfitters, believes that small-and-midsized players are going to have to collaborate going forward and stop seeing tech implementation as a competition if they want to succeed in fulfillment and delivery.

“At the end of the day the trend that’s happening out here—I think AEO is just the front end of that—is that front-end retailers can compete all they want on service, selection and price,” Beabout said during the Sourcing Journal Summit Tuesday. “But on the back end, they’re going to have to become ‘frenemies,’ and actually combine their resources of the back end, allowing them to be competitive against the big guys going forward.”

Beabout understands this mindset as much as anybody. While he now works for American Eagle, the AirTerra platform’s services aren’t exclusive to the specialty retailer.

In competing with the top retailers, free shipping is a back-and-forth debate. Brian Adams, founder and CEO of apparel and footwear inspection and alteration service Retail Reworks, said brands won’t be able to skimp on free shipping given the expectations delivered by Amazon.

George Wojciechowski, co-founder of sustainable fulfillment platform Manifest Commerce, said smaller DTC brands are still going to have to charge for shipping and returns in the short-term until they find the right technology partners to ease up this problem.

“We’re going to see those costs baked into the product on the front end, but right now, there’s just so much competition that people are afraid,” Wojciechowski said. “One, they don’t know their numbers, so they don’t even know what to up-charge to build that into the price of their product. For the short term, it’s inevitable that they have to, but as the spotlight continues to go onto returns and finding out optimal solutions for it, we’re going to start to see that work into the models on the return side.”

But when it comes to the returns process, Adams expects that more retailers will compete on the back end by implementing apparel and footwear grading processes to minimize losses.

“I think there’s going to be a secondary market where there’s like-new and used clothes on sold on a website, but I don’t think that you can wear something for a year, return it, and get 100 percent return of your cash,” Adams said. “That’s not sustainable.”

Retail Reworks specializes in making returned products scalable for the retailer, which is a major service for an industry that is forced to deal with more returns by the year. In both apparel and footwear, it’s becoming even more important to salvage margins on used product. In working with Retail Reworks, brands can better calculate if the costs of reworking a return are less than the cost of purchasing something new.

“We’ve developed a software that allows brands to cross out certain SKUs and select specific items to be reworked on at the end of the day,” Adams said. “If that item costs $10 to bring to us new, but it’s worth $22 after added costs, it’s more economical for the brand to just buy new product. But if it is the reverse, and it costs $22 and by the time it gets to us it’s $10, you want to rework that item, and put it back through the chain.”

Aside from cost-savings, retailers looking to compete also must factor sustainability into the equation given the high consumer demand for it. Wojciechowski co-founded Manifest Commerce on the premise that he believes the cost for a lot of sustainable fulfillment processes, when accounting for materials and equipment, isn’t any more expensive than conventional means.

The company doesn’t use any plastics in its fulfillment centers, Wojciechowski said, and leverages recycled corrugated poly mailers made from corn for boxes. 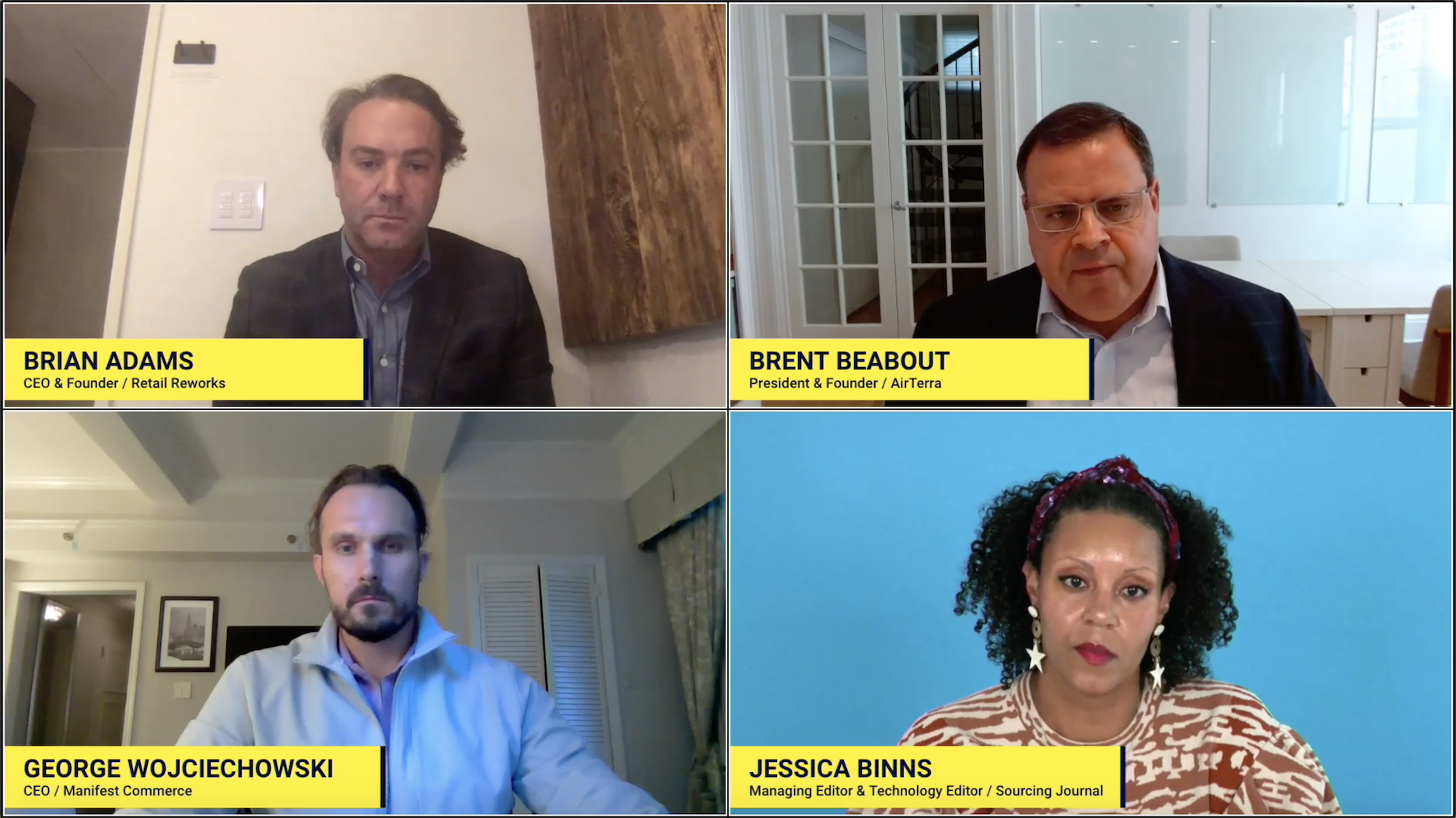 “A lot of these materials don’t necessarily cost more to produce those sustainable materials over the conventional material,” Wojciechowski said. “It’s just that everybody’s always asking for the conventional, so the cost of production scaled out is going to be cheaper. But if more people and more brands and more merchants start asking for these types of materials, the costs are going to be the same, if not lower.”

Regardless of whether retailers are trying to bolster their fulfillment infrastructure or their returns capabilities, the omnichannel conversation only becomes more important as the supply chain continues to experience unprecedented bottlenecks and consumers expect to get product at any time and place they want this holiday season.

Recent data from Pitney Bowes indicates that U.S. parcel volume grew 37 percent year-over-year, reaching 20 billion in 2021. With such an overwhelming amount of packages, there will be two opposing forces this holiday season: shop early or shop late, Beabout said.

“We’re already seeing the trend on shop early because there’s limited inventory and limited last mile capacity, retailers are trying to make the holiday go longer,” Beabout said. “They’re starting Christmas early, because they have the inventory now. I think we’re going to have this drought that’s going to happen during the peak days of holiday as inventory starts to run out. Stores are going to become a little bit emptier than we’re used to, especially between Thanksgiving and Christmas…and then eventually inventories going to flow in after peak season. All of a sudden, retailers are going to have lots of inventory.”

With that in mind, retailers could engage in a fire sale to get this inventory off the books before the new fiscal year, he said.