Burglars hit a Rebag in Manhattan’s Soho district on Thursday, while another consignment store in the borough’s Upper East Side, Designer Revival, has been the target of multiple robberies in recent months, putting the company’s business in jeopardy.

A crew of five thieves walked into the Rebag boutique during business hours, and smashed display cases with a hammer before allegedly grabbing about $24,700 worth of designer handbags, according to authorities.

Police chased down and apprehended one of the alleged robbers—25-year-old Ricardo Forde—after Thursday’s heist at 390 West Broadway. Surveillance video showed the crew enter the shop about 4:50 p.m., and then shatter the display cases, according to a criminal complaint.

The New York Police Department (NYPD) did not immediately respond to a request for comment.

Authorities said in the complaint that a witness called 911, saying the robbers were seen leaving the store and getting into a 2020 black Jeep Wrangler with Forde allegedly at the wheel. Upon allegedly driving against traffic on West Broadway, the vehicle crashed into another car and then into the detective’s vehicle, injuring another officer inside, the complaint says.

Multiple people ran from the Jeep, leaving the handbags inside, before Forde was stopped by police. He was charged with robbery, grand larceny, assault and reckless driving among other counts.

Forde was arraigned in Manhattan criminal court Saturday where bail was set at $25,000.

It’s not the first time the Rebag store in NYC had been hit—looters made off with $375,000 worth of goods in a June 2020 robbery. During that incident, multiple masked suspects stole Hermes, Fendi, Louis Vuitton and Balenciaga handbags and accessories.

The Upper East Side shop was hit on March 30, when three burglars broke the padlock on security shutters with bolt cutters at 3:30 a.m. to break into the retail store. They stole $30,785 worth of designer handbags in a matter of 30 seconds, according to police and security footage.

In April, another thief paid for $25,000 worth of items with a stolen credit card, and the store’s insurance wouldn’t cover the losses, according to Keriakos.

“I’m on my third insurance company because of claims I’ve had to submit over the last seven years of owning this store,” Keriakos told the New York Post. “In the past two years, we’ve lost almost $150,000 worth of merchandise.”

Two smaller burglaries had occurred even before that, with one shoplifter making off with a $1,500 Gucci handbag under his winter jacket in December before returning in January to do the same thing. On the second attempt, a worker at the store spotted the robber, pulled him backward and secured the stolen bags.

Rebag and Designer Revival aren’t the only consignment retailers battling the recurring crime wave. Seven thieves stole $498,000 in high-priced goods including jewelry, watches and handbags from a The RealReal store on New York City’s Upper East Side in February. According to the NYPD, the suspects grabbed 17 Hermes bags, two Cartier watches, and an assortment of other watches, rings and jewelry.

That same month, a Celine boutique in Soho dealt with a similar robbery when five shoplifters stole $48,300 worth of luxury goods. The Celine store was previously targeted by looters in a $1.5 million heist in 2020.

On the morning of the Rebag robbery, a police officer in Atlanta was shot responding to a call about an attempted break-in at the sneaker boutique A Ma Maniére.

While the officer surveyed the scene, the store’s security guard mistakenly opened fire, leaving the officer with an undisclosed injury. The officer is currently being treated for his non-life-threatening wound at a local hospital, while the security guard was detained by the police for further questioning.

During the investigation, the owners of the store discovered a hole at the back of the cinderblock wall, which is where the attempted break-in was said to have occurred. 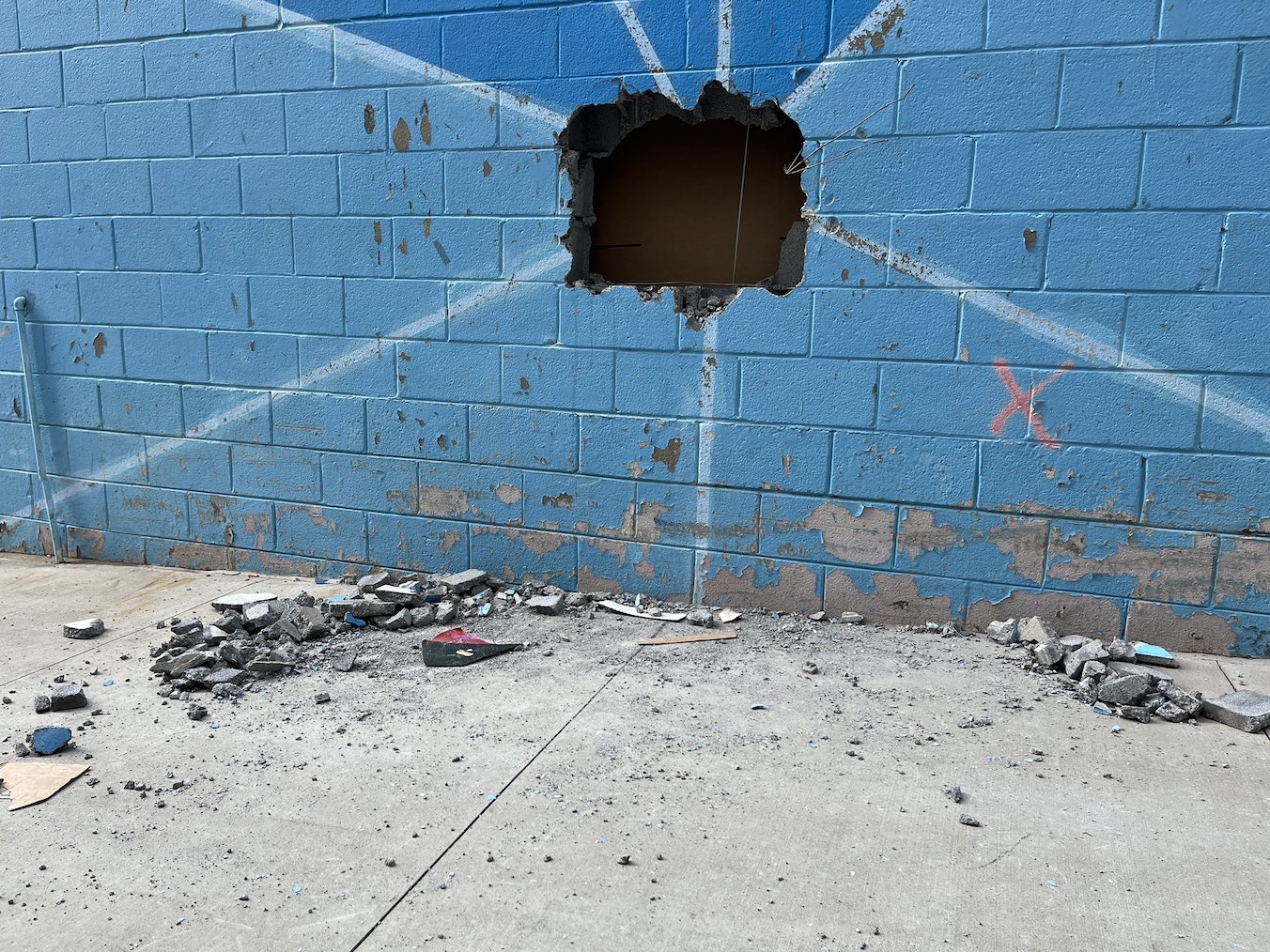 In response to the burglary, A Ma Maniére put a statement up on its Instagram that said: “We are saddened by the incident at our Atlanta location this morning. We are grateful for the prompt response by the local authorities and our thoughts are with the injured officer and his family at this time; An investigation is underway, our team is safe and we are thankful for the community’s support as well work diligently to reopen to serve you.”

Whether they are doing business in New York, Chicago, Washington, D.C., Los Angeles or San Francisco, retailers have had to ensure more smash-and-grab robberies and organized retail crime (ORC) since the start of the Covid-19 pandemic. Last month, one man was convicted of running a $20 million crime ring in Northern Texas, before another 13 members of a separate ring were arrested in Seattle later in April for stealing hundreds of dollars’ worth of products including sneakers and jeans.