An analysis of resale listings on popular platforms like Depop and eBay indicate Nike, Zara and Topshop are “the world’s most resold fashion brands.”

SaveOnEnergy, the energy price comparison website that conducted the study, analyzed 68 fashion brands across five online resale marketplaces—Depop, eBay, Asos Marketplace, Etsy and Vestiaire Collective. The brands, it said, were chosen after analyzing previous reports on the world’s biggest fashion brands, while the five resellers were picked for their “overall popularity” and diversity in clothing styles. SaveOnEnergy collected its data from June 4-7.

According to the report, the five resellers offered 1.16 million  Nike listings, 1.03 million Zara listings and more than 997,000 Topshop listings. A wide gap separated third and fourth, with Asos—the brand, not its affiliated resale marketplace—accounting for more than 640,000 listings. Adidas came fifth with more than 611,000. Ralph Lauren, H&M, PrettyLittleThing, River Island and Boohoo rounded out the top 10.

Depop accounted for a majority of listings at each of the top three brands. Despite Topshop’s third-place overall finish, the British retailer accounted for more than 777,000 listings on the Gen Z-beloved resale site, the most of any brand SaveOnEnergy researched. Nike came second with nearly 654,000 listings, Zara third with close to 649,000, Asos fourth with roughly 530,000, and PrettyLittleThing fifth with almost 446,000. 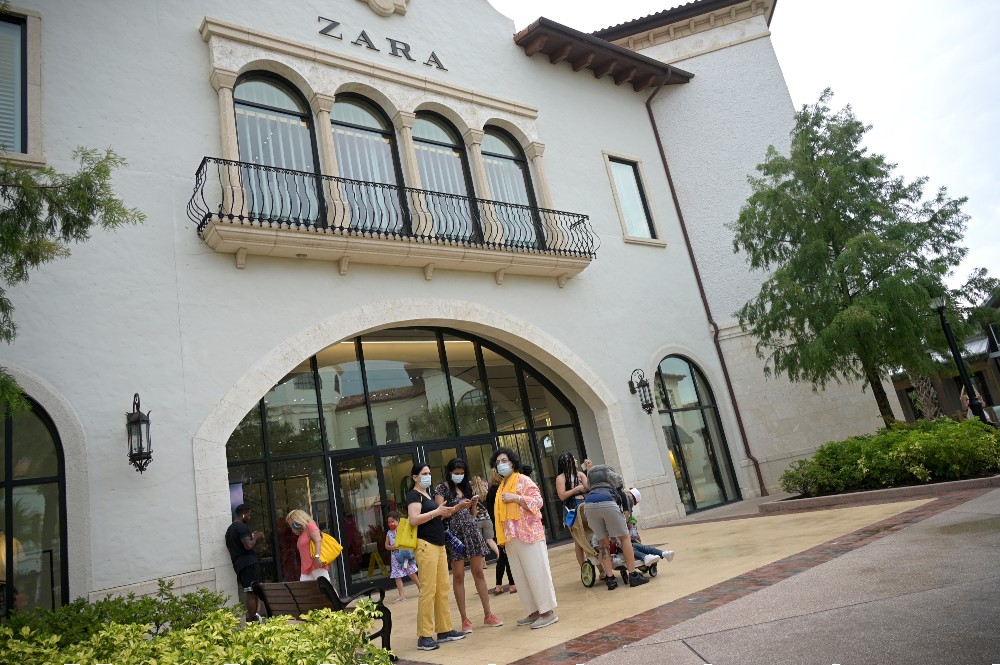 eBay proved the next most popular reseller. Here, Nike led the way with upwards of 354,000 listings, closely followed by Ralph Lauren with almost 350,000 and H&M with nearly 349,000. Adidas, with approximately 332,000 listings, proved to be the only brand in the overall top five to be more popular on eBay than Depop. Zara and its roughly 324,000 listings finished out the top five eBay brands.

Asos Marketplace hosted significantly fewer listings than the other resellers SaveOnEnergy studied. Nike once again came first, but with about 12,000 listings. Adidas, in second place, accounted for more than 10,000 listings, followed by the British sportswear brand Umbro with nearly 9,000, Ralph Lauren with more than 6,400 and Champion with more than 4,600. Aside from Ralph Lauren, Levi’s and Tommy Hilfiger represented the only other non-sports brands in the top 10.

An entirely different mix of brands dominated the premium wares on luxury resale platform Vestiaire Collective. Gucci, though 12th overall, led the way with nearly 164,000 listings, followed by Louis Vuitton with more than 125,000, Prada with about 112,000, Chanel with north of 100,000 and Burberry with  approximately 74,000.

SaveOnEnergy’s report comes amid a booming market for secondhand fashion. From H&M to Nike, brands are investing in and building out their resale offerings. Earlier this month, Etsy agreed to buy Depop in a massive $1.625 billion agreement. In March, ThredUp’s IPO raised $168 million. As of press time, its stock price is up nearly $11 from the resale site’s original $14 offering.