While retailers across the country are cautiously beginning to reopen, Target is shutting down stores in light of the protests taking place across Minneapolis and beyond.

As of Sunday morning, the retailer has shuttered 175 stores across the country to ensure the safety of store staff as residents take to the streets demanding justice for George Floyd, an unarmed African-American man killed by Minneapolis police last week.

“The murder of George Floyd has unleashed the pent-up pain of years, as have the killings of Ahmaud Arbery and Breonna Taylor,” CEO Brian Cornell said in a statement Friday, referencing the black jogger murdered by a white father-son duo in Georgia in February, and the Louisville, Ky., woman fatally shot eight times by police serving a no-knock warrant in March.

“As a Target team, we’ve huddled, we’ve consoled, we’ve witnessed horrific scenes similar to what’s playing out now and wept that not enough is changing,” Cornell said. “And as a team we’ve vowed to face pain with purpose.”

Target originally announced closures in Minnesota Friday but has since expanded the list of store shutdowns to 175 in states including California, Georgia, Illinois, New York, Oregon, Pennsylvania and Texas as protests and unrest mushroomed across the country.

Affected employees will receive up to two weeks’ worth of pay for scheduled hours, including their COVID-19 premium, and will be able to work at nearby store locations when possible, Target said.

The Minneapolis-based chain of nearly 1,900 big-box stores has served as an essential source for food, household goods and retail therapy since the pandemic struck. Allowed to remain open through widespread lockdowns that shuttered whole cities, the retailer’s massive footprint has made it a lifeline for daily necessities, especially for those in suburban and rural communities. 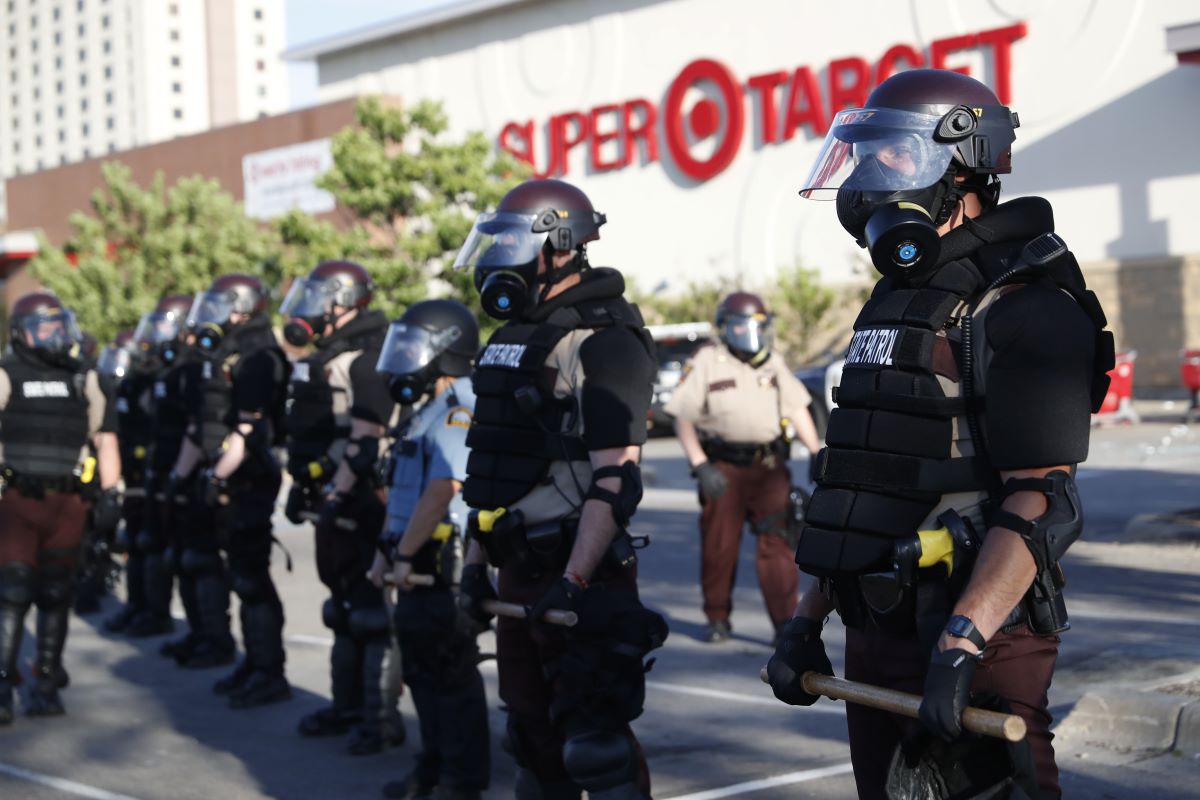 Target’s role in delivering these products, both through its stores and its online platform, have earned it deep consumer loyalty. Target’s online sales grew by 141 percent last quarter, according to its Q1 earnings report. The retailer has even pulled market share away from Amazon, which once held 42 percent of the country’s online spending. That number has dwindled to 32 percent since the pandemic began.

Same-day delivery provided through its Shipt program are credited with doubling Target’s shopper community across the U.S., as the service saw a 278 percent jump in Q1.

“On an average day in April, we fulfilled more items and orders than last year’s Cyber Monday,” Target said in an earnings call earlier this month. Cornell described Q1 as “unlike anything we’ve seen in the company’s history.”