2020 has forced retail to reckon with many harsh and inconvenient truths. From clunky processes to unethical practices and stymied supply chains, the fashion sector will walk away from the past 12 months with a newfound understanding of its inadequacies.

But there have been some bright spots in a year filled with troubles—especially for small brands that have been waiting for the moment to make their mark. Shoppers have become more savvy in recent months, often demonstrating a desire to support value-driven, local businesses over corporations.

Los Angeles-based Viva La Bonita has been the recipient of that homegrown support, says founder Rachel Gomez. Born as the Instagram era began to take shape, the women’s streetwear brand has built its following over the past eight years through inspirational messaging and empowering slogans.

Gomez got her start in L.A.’s retail sector, working to peddle surf and skate brands that catered mostly to men. As streetwear rose to prominence, and colorful jackets and hoodies became the uniform of choice, she began to think about launching her own line.

“I wanted a chance to try and create something for women, that was going to have this focus on motivating them to become the best version of themselves,” she said. “And along with the narrative, I thought, ‘Why can’t we have cool clothes, too?’”

As seems to be the story for many nascent startups, the first two years were tough. Gomez relied heavily on word-of-mouth to drum up interest in her products, which bore motivating mantras like “Hella Worthy” and “Dream Big, Mija.” Unable to shell out for an extensive run of garments from one of L.A.’s apparel manufacturers, Gomez leaned on friends in the industry to help her create samples, and manufactured small batches of product only after orders were placed. 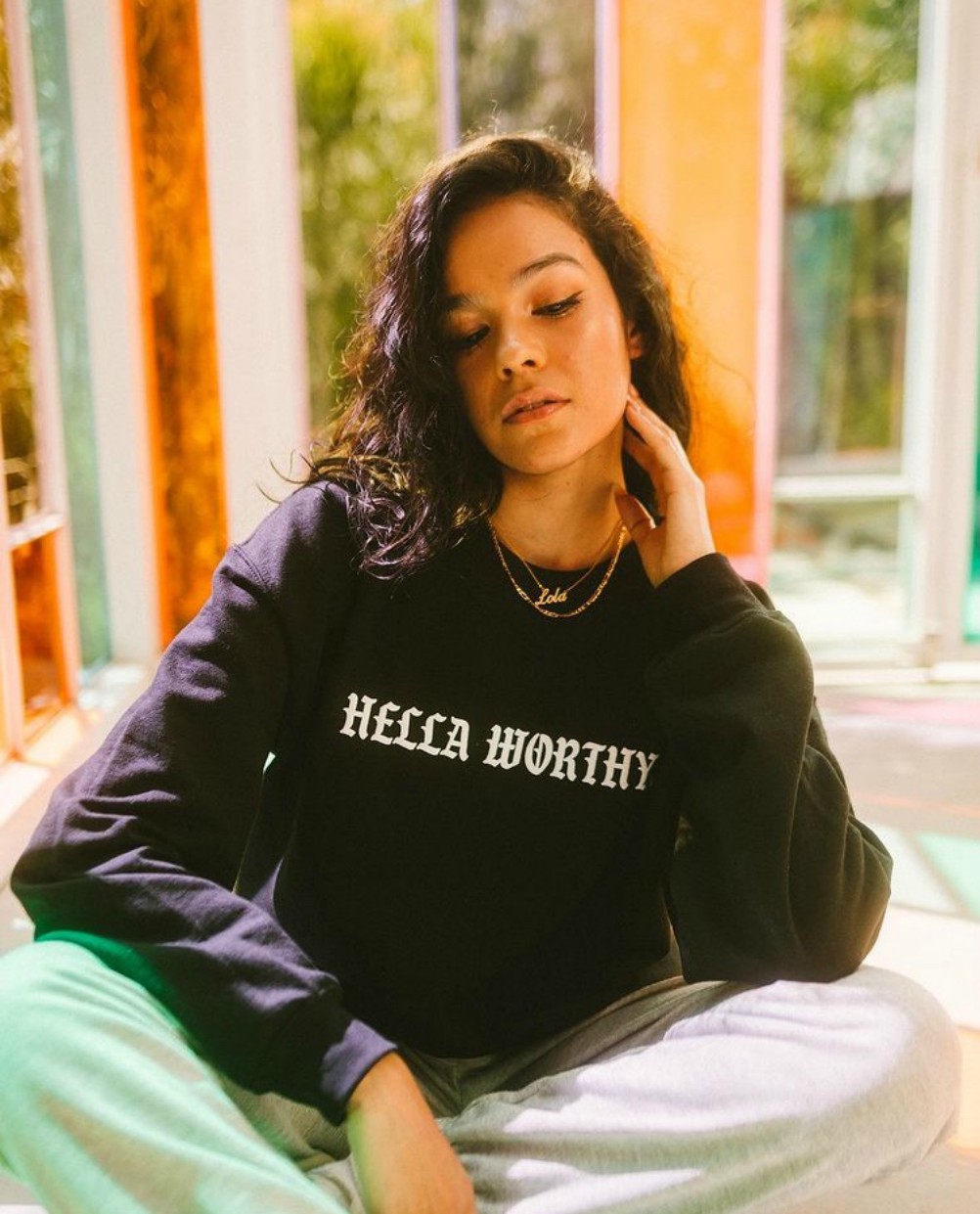 Gomez began buying her own machinery, like a heat press and vinyl cutter that allowed her to affix her own motifs and taglines to T-shirts, hoodies and sweats. “I could print just one and then have a photoshoot with my friends or whoever was available, to create some content to form my voice,” she said. And slowly, Viva La Bonita—which translates to “The Beautiful Life”—began to scale.

A more sophisticated e-commerce site lent credence to the brand, which was still selling mostly locally. Email blasts and high Instagram engagement helped Gomez to reach shoppers consistently and learn from shopper feedback on styles, color ways and the types of products fans hoped to see coming down the pipeline.

The brand also developed more stable relationships with cut-and-sew suppliers in the L.A. area about two years ago, enabling Gomez to take more control over the design process beyond printing and finishing—like tweaking sweatpants to look more flattering on a woman’s body, for example.

Viva La Bonita was officially tapped to be one of the featured local brands when Foot Locker’s Compton community store opened in late August. The store’s mission, the company told Sourcing Journal at the time, was to act as a hub for local shoppers and families. The location features gathering spaces, free WiFi for students who want to hang after school, and plenty of space to lounge safely and comfortably off the street.

Foot Locker chose a handful of L.A. designers and artists to spearhead a “Home Grown” collection of locally inspired product for the Compton store, and Gomez was on the shortlist. “They said, ‘Hey, we want to talk to you about a possible partnership with Foot Locker,’ and I was floored,” she said. “It was not a text I expected to get at the beginning of 2020.”

Gomez, who started Viva La Bonita in her grandmother’s L.A. living room, decided that her brand epitomized Foot Locker’s mission. “When they were able to fill me in on the purpose of these community stores and what their intention was, I just thought it was just a beautiful connection,” she said, and the creation of an exclusive collection became “an intentional, organic collaboration.”

A fruitful kick-off this summer saw the brand’s designs—including pandemic staples like tie-dye hoodies, oversized T-shirts, and cozy sweats—sell out quickly, and the Foot Locker association began to drum up hype across the country. Viva La Bonita’s Instagram page was inundated with comments from women asking Foot Locker to carry the wares at its other stores in cities like Chicago, Gomez said. “Seeing all that data, I thought, ‘OK, this is a great partnership.’”

Following the community store’s opening, Viva La Bonita was also chosen to be a part of Foot Locker’s 12 Days of Greatness holiday campaign, a basketball-themed daily drop of new product from an exclusive roster of designers, including Don C, Melody Ehsani, Chinatown Market, Waraire Boswell, Trophy Hunting and L.A. Originals. Foot Locker began to see Viva La Bonita as more than a one-time, one-store partnership when it added Gomez to the national campaign, she said. Though it declined to provide sales stats on the line, the retailer has now added Viva La Bonita products to its e-commerce site as well its ChampsSports.com subsidiary.

“As we continue to bring the best localized expression of Foot Locker to consumers, we were drawn to the authenticity of Viva La Bonita along with the brand’s ties to the L.A. community,” Jason Brown, Foot Locker’s vice president of marketing for North America, told Sourcing Journal. The company is looking forward to continuing the partnership, he added, with the possibility of creating more collaborative apparel products that resonate with its shoppers’ style in the new year.

“I feel like the Foot Locker partnership was able to bring Viva La Bonita to a lot more eyes, so people could see what we have to offer and the importance of brands like ours,” Gomez said. “We’ve been able to connect with women who aren’t even Latina, who are saying ‘Where has this brand been? How did I not know about you?’”