Walmart is leaning into the success of one of its popular private labels by expanding the range to include children’s apparel.

Marking the one-year anniversary of its Free Assembly line of men’s and women’s basics, the big box giant announced Friday that it would augment the selection to include duds for kids ages 5-18.

The Free Assembly Kids collection will include around 50 “foundational wardrobe staples” priced accessibly at $6-$36, Deanah Baker, Walmart senior vice president of kids apparel, said in a statement. Colors, prints and fabrics have been designed for easy pairing, marrying both classic and contemporary design details. 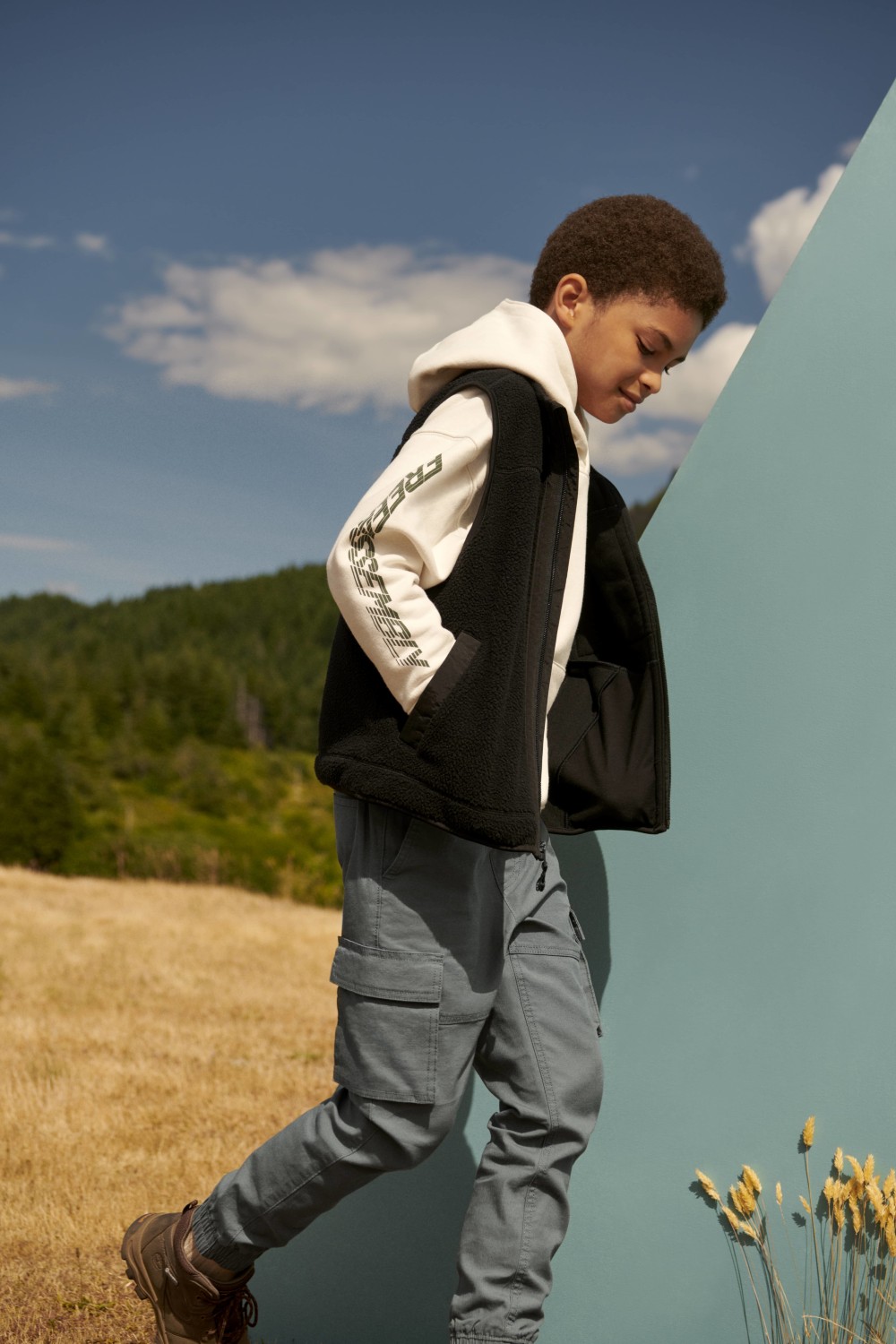 “We designed Free Assembly Kids to seamlessly complement our adult collection,” Baker said, playing off of hot trends like athleisure, plaid and cropped silhouettes. “And, just like the adult line, Free Assembly Kids is made with a commitment to sustainability—several pieces in the fall collection include organic cotton or recycled polyester.”

Free Assembly Kids will join the ranks of other popular Walmart private label brands, including Scoop, Sofia Jeans by Sofia Vergara and Eloquii Elements, as well as the recently introduced Justice assortment for juniors and Wonder Nation, a selection of basics for kids ages 4-18. 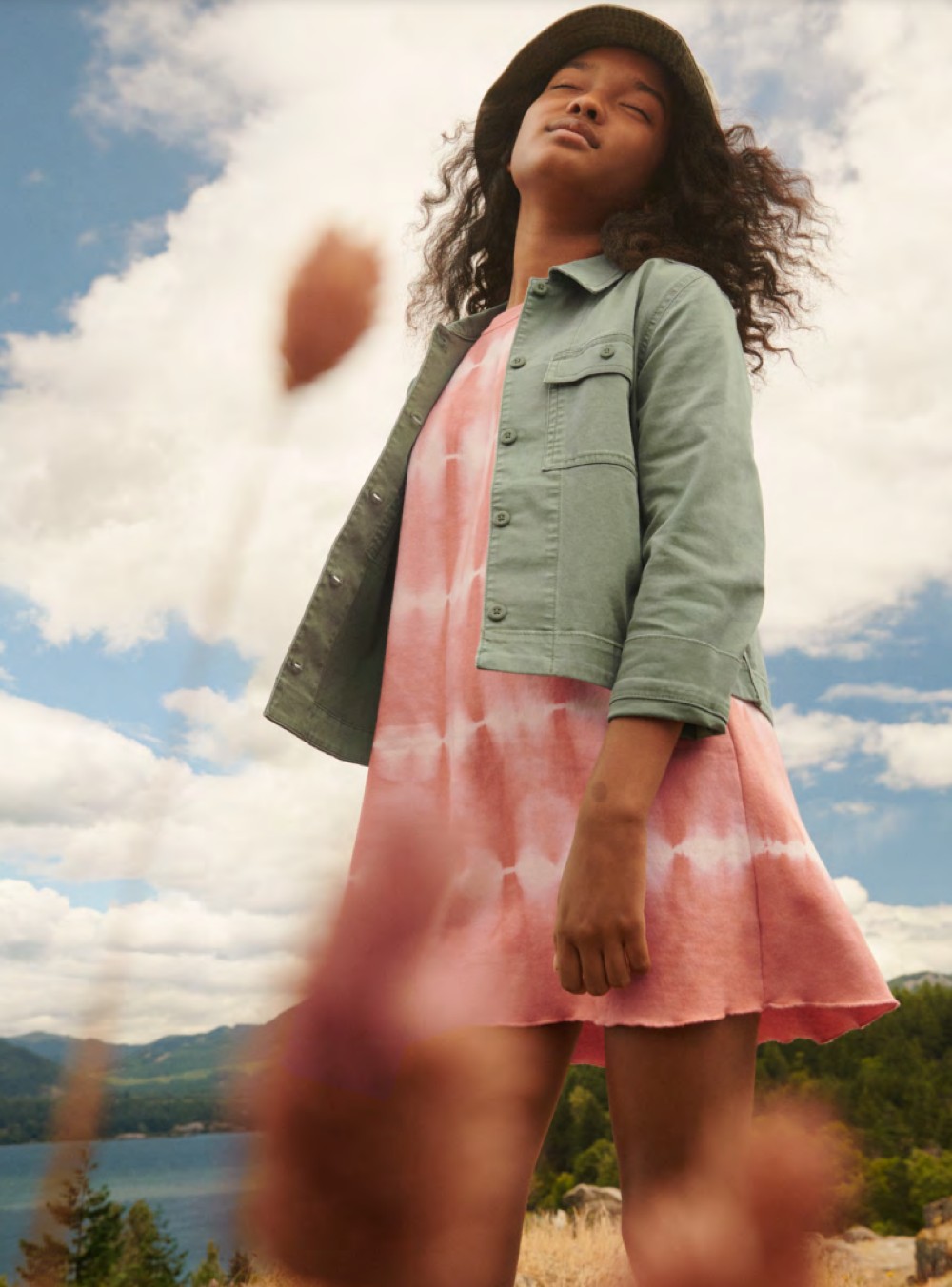 The fall 2021 range will include classic plaid in the form of flannel button down shirts and shackets for boys, as well as a smocked, puff-sleeved dress for girls. A bandana-printed pullover hoodie for boys and a drop-shoulder hoodie dress for girls will round out the season’s print offering, Baker said.

“Athleisure has become a fundamental part of everyone’s wardrobe, and we are introducing a variety of stylish, yet comfortable, pieces this fall,” she added, pointing to a graphic hoodie, fleece bomber jacket and cargo pants, wide-leg cropped sweatpants and short-sleeved cropped T-shirt. Comfort-inspired monochromatic sweat sets will also be available for boys and girls, playing into the trend of coordinated dressing. 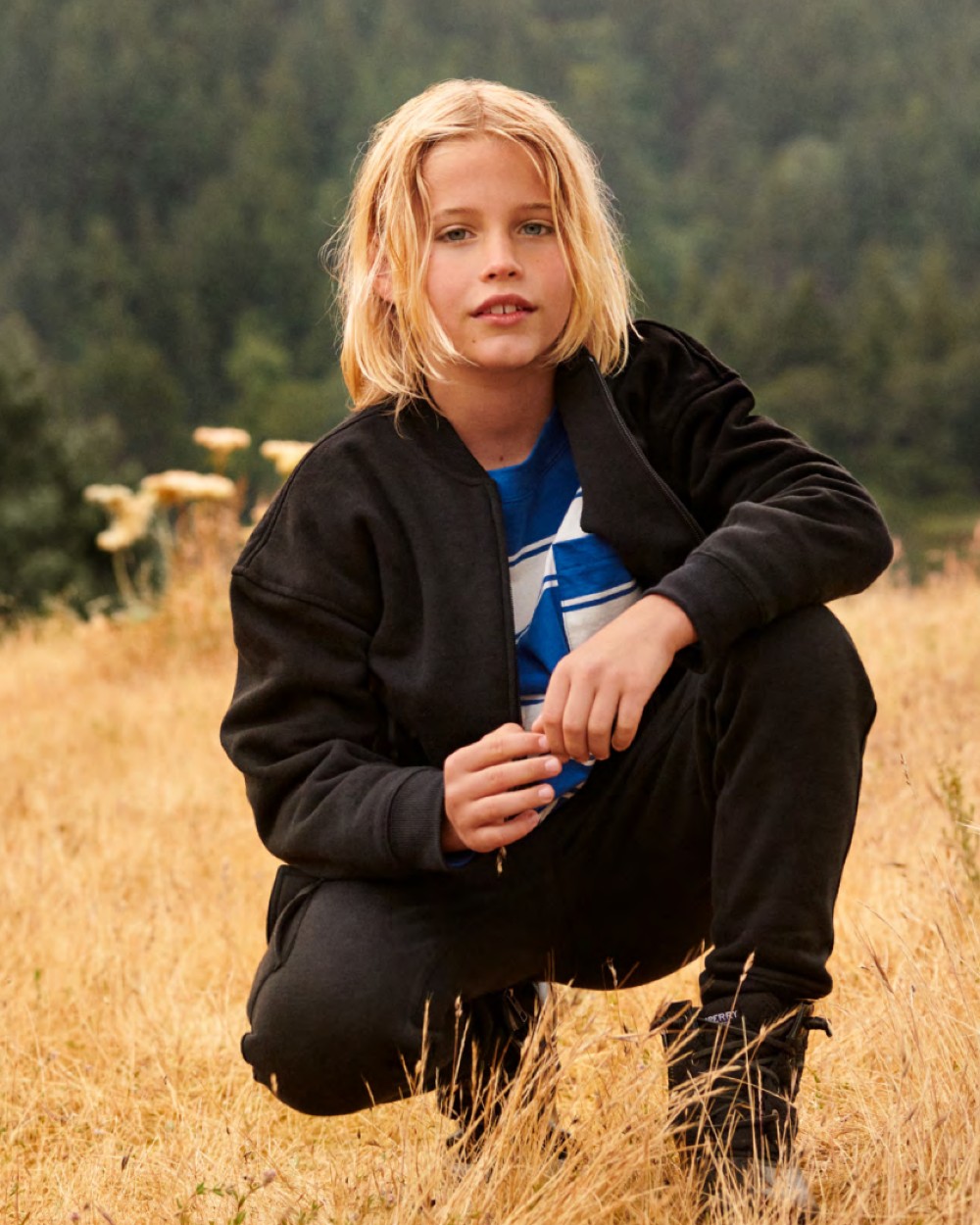 “We expect faux Sherpa to be everywhere this fall and have embraced the trend,” Baker added, highlighting a knee-length parka jacket for girls and a zip-up and mock-neck vest for boys. Designed by the company’s in-house product team, Free Assembly Kids will become a part of Walmart’s core assortment, with new drops hitting shelves seasonally, she said.

As kids across the country have headed back to the classroom after seasons of distanced learning, retailers like Walmart have noted an uptick in sales on children’s apparel. In mid-August, John Furner, president and CEO of the company’s U.S. business, described shopper interest as “very strong.” In early September, Genesco CEO Mimi Vaughn noted that the return to in-person learning “is driving more robust sales” at retail, while Abercrombie & Fitch CEO Fran Horowitz said the company was “pleased” with consumers’ appetites for new gear for their school-age children.

And amid the ramp up for the holiday rush, Walmart announced last week that it would be hiring 150,000 new store associates to staff its locations across the U.S., most of whom will become permanent employees. The announcement came just weeks after the Arkansas-based retailer released plans to hire 20,000 extra e-commerce workers in anticipation of the peak-season shopping stampede.