For many of us, working from home has become our reality for the foreseeable future. But long before Covid-19 reared its ugly head, millions of women across the world were working at home in the supply chains of the global fashion industry. These women are amongst the poorest paid and most vulnerable workers in these chains. They often earn below minimum wages, have no security of employment and do not benefit from basic rights such as sick pay, maternity pay and pensions.

Over the course of last year, more than 9,000 members of the U.K. public put their (digital) hands up to say they care about the working conditions of these women. The good news is that addressing these issues is achievable and some leading global brands are making good progress in doing so.

So what are the steps brands should take to address the poor working conditions among homeworkers?

The first step is to adopt a clear policy recognizing that homeworkers may be contributing to products, and encouraging suppliers to disclose the use of homeworkers. Without this assurance, suppliers often assume that brands may either prohibit homeworkers, or would rather not know about them, and as a result they remain hidden. A growing number of major fashion and footwear brands have taken this important first step by adopting a Homeworker Policy, as shown in the following graph:

From the Factory Floor: Sri Lanka's Brandix Perseveres Amid Challenges

How Risk Mitigation and Regulation are Remodeling Sourcing 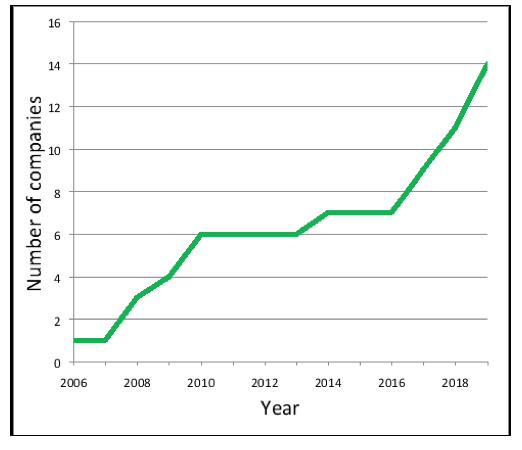 And if homeworkers are found? Well, the next step is to find out more about their role within the production process and their working conditions. There are tried-and-tested methods for mapping supply chains; since homeworkers are often embedded within local communities and may be some distance from supplier factories, this is often best done in conjunction with a local civil society partner. Supply chain mapping is an important part of Human Rights Due Diligence monitoring, and extending this to homeworking is referenced in both the OECD’s Due Diligence Guidance for the apparel and footwear sectors and the base code of the U.K.’s Ethical Trading Initiative.

The final and most important stage is to seek ways to address the issues emerging from the supply chain mapping. Simple, paper-based tools can bring transparency to these often completely informal employment relationships. There are tested methods for setting fair piece rates. Throughout this process, it is important to engage and consult with subcontractors, intermediaries and homeworkers to find effective viable solutions for their specific context.

But would it be better if homeworking was simply banned and these workers absorbed into factory workplaces?

In short, no. The specialist skills and flexibility that homeworkers bring to supply chains are often critical, so a ban on homework doesn’t mean it stops, it simply pushes the homework further underground, where it is more hidden, working conditions are often worse and homeworkers are even less able to speak out about the challenges they face. In some instances where brands have made a concerted effort to move ‘homework’ into factories or ‘stitching centres,’ women have often lost the work and often young men move into these jobs. Women homeworkers need the flexibility to combine work with their domestic roles. If women lose homeworking opportunities, they lose income and may be pressured into even more precarious forms of employment, meanwhile the supply chains lose the skills and flexibility they bring.

But if work is done within people’s homes, isn’t there a risk that children are involved?

It is true that often homeworking women are doing this work whilst caring for their children – as described, this is one of the reasons homeworking works for them.  But more importantly, evidence is emerging that where homeworking is well managed, it can have beneficial outcomes for children.

In 2019 Save the Children commissioned a large study in seven Asian countries including India and China, exploring this issue from a child rights perspective. Their research found that homeworkers’ children are significantly less likely to be left unattended than those of factory workers, school enrollment rates are higher (even for teenage girls, who are often the first to leave), and that babies are breastfed for longer, with resulting positive health outcomes.

The examples of major brands like Pentland show that managing homework responsibly is eminently doable: what is needed is a commitment to recognize the importance of homeworkers in supply chains.  Whether working on traditional handicrafts such as embroidery, or providing excess capacity during busy seasons, homeworkers are workers contributing towards the final product: they deserve and are entitled to be respected as workers, as set out in the ILO Convention 177 on Home Work. Traidcraft Exchange, Homeworkers Worldwide and our local partners across South Asia can help with this.  It’s not difficult, it’s not expensive, but it does require commitment.

If you and your business feel, like the 9,000 people who raised their hands, that homeworkers should be recognized and treated with respect, please get in touch, we’d be happy to talk more. In the meantime, check out our webpage with links to our Advice and Guidance for companies, past case studies and our new toolkit for Brands “Toolkit: Finding hidden homeworkers in apparel & footwear supply chains,” to understand more about what can be done and how.

Traidcraft Exchange, Homeworkers Worldwide and Homenet South Asia are partners on the Hidden Homeworkers program, co-financed by the EU.

Lucy Brill leads the UK based international labor rights NGO Homeworkers Worldwide, and is responsible for their advocacy work with companies and multi-stakeholder initiatives. Between 2017-18, Brill co-ordinated HWW’s work with Pentland Brands and Cividep India on an initiative in Tamil Nadu, south India, improving transparency and working conditions for homeworkers stitching leather shoe uppers in footwear supply chains. She previously worked for Oxfam and for the Universities of Bradford and Manchester.

George Williams is an ‘Impact and Learning Manager’ at Traidcraft Exchange, where he has worked since 2010.  He works closely with Traidcraft Exchange’s teams in South Asia and Africa, supporting the monitoring and evaluation of programs working with workers and small-scale producers.