Apparel sourcing has been diversifying in recent years, but Hong Kong still holds a unique attraction as a business center in the industry, according to a KPMG China executive at Sourcing Journal’s Global Outlook Conference.

Hong Kong has a number of things going for it, per Anson Bailey, partner and head of consumer and retail, ASPAC, and head of technology, media and telecoms, Hong Kong at KPMG China. First, it is located nearby to mainland China, as well as ASEAN nations. The city has also had a place in the sourcing landscape for decades, with the expertise and know-how that comes along with that. “I’m still very confident about the role for Hong Kong,” Bailey said. “Hong Kong is not just an international trading hub, but it’s also an international finance center, and that’s not going to change.”

According to Bailey, the relocation or diversification of sourcing beyond China has been happening for about a decade, predating the trade war with the U.S. Companies are shopping around to lower production costs, and there is a desire to not have “all of their eggs into one basket.” This trend has accelerated due to the pandemic. Locations in South and Southeast Asia are taking off in manufacturing, but Bailey sees Hong Kong and Singapore remaining the preferred locations for company bases.

Like the rest of the world, Hong Kong is facing staffing challenges. Bailey attributes part of the talent competition to Gen Z’s desire to have “cool, trendy startups” and build “the next unicorn” rather than join large, established corporations. Digitalization—such as virtual sampling—will allow for more flexibility. “Tech and innovation is going to play a very, very significant role,” he said. “And it’s perhaps going to help us, because this war for talent is not going to go away.” 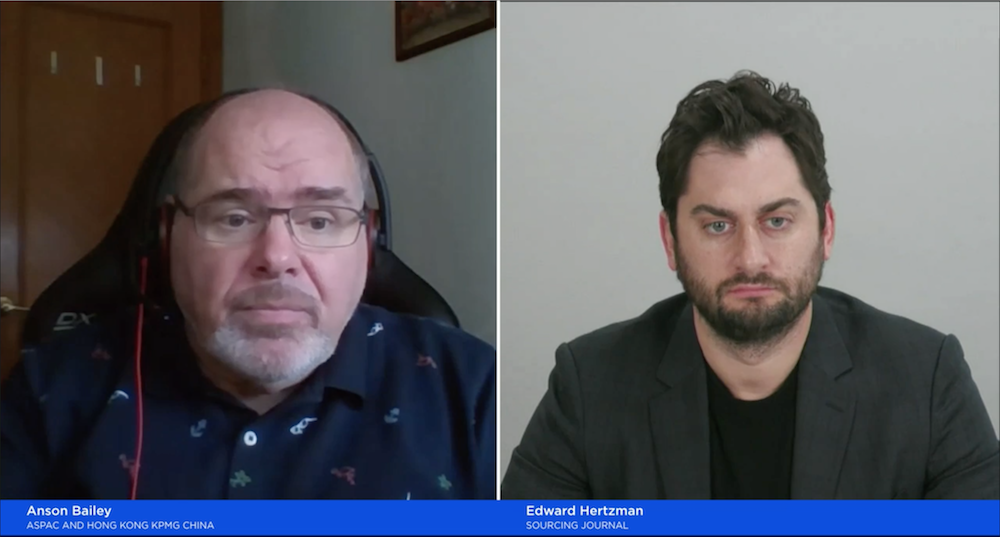 Beyond being a business hub, Hong Kong and the surrounding area are also a major consumption center. Bailey noted that last year, ASEAN online consumers grew by 100 million.

There are about 300 million millennial consumers in China, and Gen-Z is an equally large force. In addition to shaping the workplace and showing a change in career preferences, Gen Z is altering consumer expectations, and pushing companies to be more responsible. “The Gen Z consumers are far more tech savvy; they’re far more media savvy,” he said. “And they’re also far more socially aware than at any other point in history.”

Whereas in the past, companies’ CSR efforts may have just been “lip service,” these shoppers expect more. Bailey noted there is now “nowhere to hide,” and Gen Z is watching to make sure they are “walking the talk.”

“More work needs to be done,” Bailey said. “There is, I’d say, a strong intent from the apparel industry, and they are trying to become more transparent, but they also need to catch up.”

Sustainability expectations are also coming from the finance world, and these institutions are taking on an active role in this area. For instance, HSBC launched Serai, a platform that connects apparel suppliers with buyers while also boosting transparency.

“Stakeholders are suddenly realizing ‘We need to be far greener than we were before,” Bailey said. “The banks themselves, the financiers, are starting to say, ‘If you don’t green your supply chains, we’re not going to loan you that money at preferential rates anymore.’”