Retail has undergone seismic shifts over the course of the past decade. While many shoppers—even young millennials—grew up stalking the malls as a weekend pastime, online shopping has accelerated at an almost unthinkable rate, making smartphones and tablets preferred venues for browsing and buying.

The e-commerce shift has also birthed its own trends. Marketplaces like Amazon and eBay, where shoppers can find just about anything, have given rise to fashion-focused platforms like The RealReal, ThredUp and Poshmark. And the direct-to-consumer boom—still making waves, even through this year’s unprecedented challenges—has brought shoppers specialized product options and fostered intimate relationships with the brands that make them.

But according to Sid Gupta, CEO of newly launched Quince, the evolution of e-commerce is far from over.

The San Francisco-based former tech director believes the new frontier of online retail lies in the manufacturer-to-consumer model, similar to how fellow California startup Italic strives to cut out the retail middleman. Where DTCs sought to cut retailers out of the equation to form unfiltered relationships with shoppers, MTCs take the concept one step further, connecting makers to end consumers.

“I really thought that one of the interesting innovations of marketplaces was the idea that anyone could sell directly to the customer,” Gupta said. “So this kind of took me down this exploration of what would happen if I sold directly from the factory floor to the customer’s doorstep.”

What Coats Digital Is Doing to Whittle Down Waste

Quince is an online marketplace made up of a curated cadre of manufacturers from across the globe. The chosen partners make products ranging from small leather goods to silk tops and skirts, hotel-grade French linen sheets, Italian suede jackets and fine jewelry.

Cutting out the middle men—brands and retailers, to be specific—allows manufacturers to turn a profit while still offering drastically lower prices than those a shopper might find in stores or their Instagram feed. A selection of $50 Mongolian cashmere sweaters graces the company’s homepage, and has proven one of Quince’s most popular offerings. 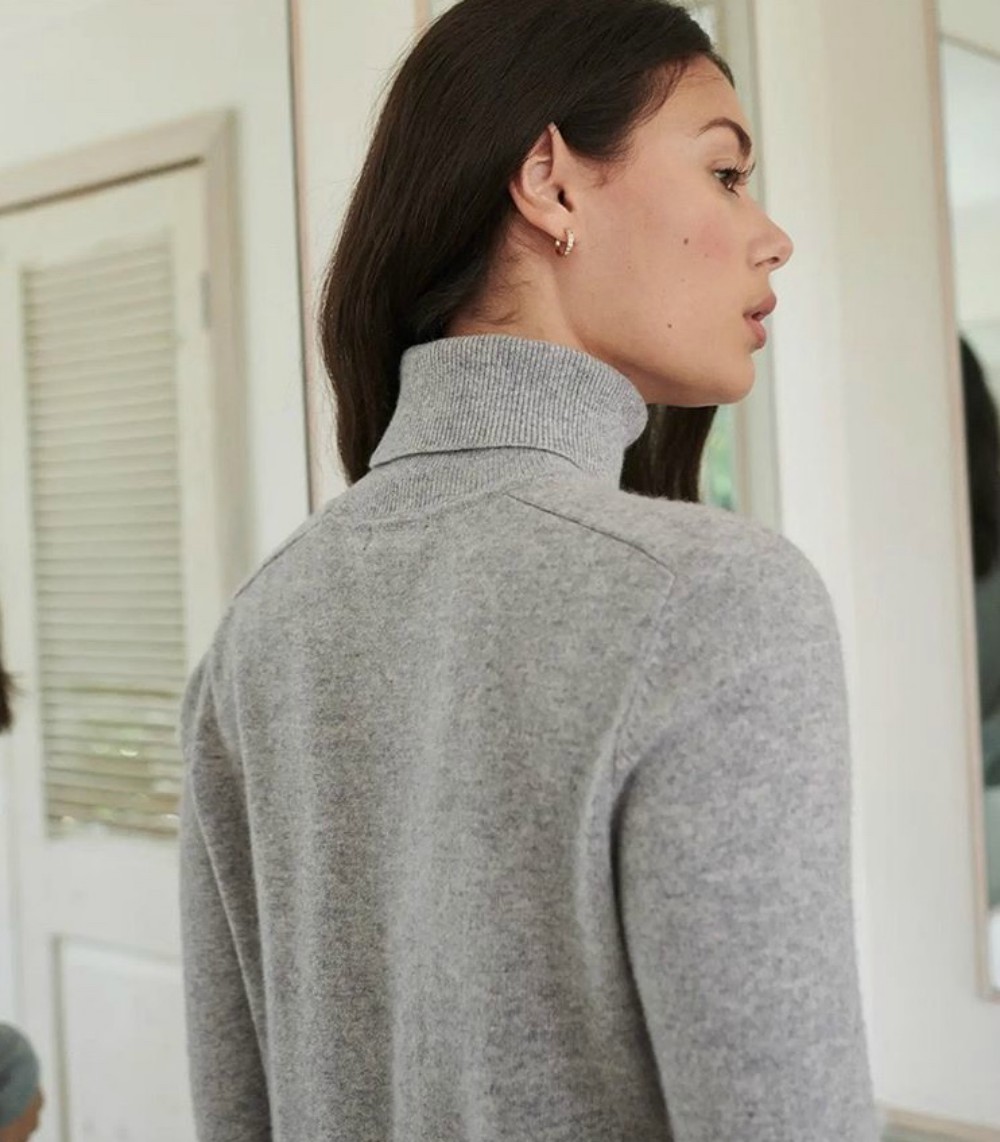 “We don’t think that brand’s shouldn’t exist—they should survive, and we want to be a brand ourselves,” Gupta said. “We just think that really nice stuff shouldn’t cost a lot, and you shouldn’t have to pay more for a name on a basic or essential product.”

Gupta and his team spent the past few years assembling their bench of best-in-class production for different product categories, forming international relationships with suppliers in Peru, Italy, Turkey, India, Vietnam and China for the site’s current offerings. Soon, Quince will be adding products from manufacturers in France, Portugal and Japan to its site. “It’s taken us a good amount of time to actually assemble all these factories,” he said.

“We’re seeking out the highest-quality factories and artisans globally for each specific type of product,” he added. Turkish bath towels are made by a supplier in the country, while many leather goods are sourced from Florence, Italy, and Pima cotton T-shirts come from Peru, where the material is a ‘longstanding staple.'”

Finding partner factories interested in entering into an unorthodox arrangement with a Silicon Valley startup has been no easy feat, Gupta conceded. “It’s hard,” he said. “There’s no yellow pages that tell you the best factory to make T-shirts or the right one to make sweaters.”

But the right partners aren’t just those with the best product—they’re the ones with the business acumen to see a revolutionary idea and rush to back it. “It’s been a core part of our focus to find these early-adopter factories who are interested in our platform, and making this model work.”

The Covid crisis has played a part in broadening many suppliers’ thinking, Gupta said. “If you had asked me when I started this endeavor a few years back, ‘Could you convince the factory to own the inventory, and convince them to ship one at a time from their factory floor?’ I’d say, ‘Man that’s a hard lift,’” he said.

But as opportunities for manufacturers across the globe have contracted as brands pull their orders out of fear or lack of financing, appealing directly to the consumer has become a more, well, appealing option.

Gupta described a partner in Southern India that produces luxury sheets, mostly for clients in Europe. Like most factories in the age of Covid, the restructuring of retail has shrunk their customer base.

“The concept of offering high-quality products at radically lower prices really resonated with them,” he said. Thanks to this partnership alone, Quince increased its sales volume five times, while the factory has seen significant unit growth and an expanded range of SKUs over a very short period. The relationship also spurred the conception of a just-in-time fulfillment and production system that the company hopes to grow across categories. 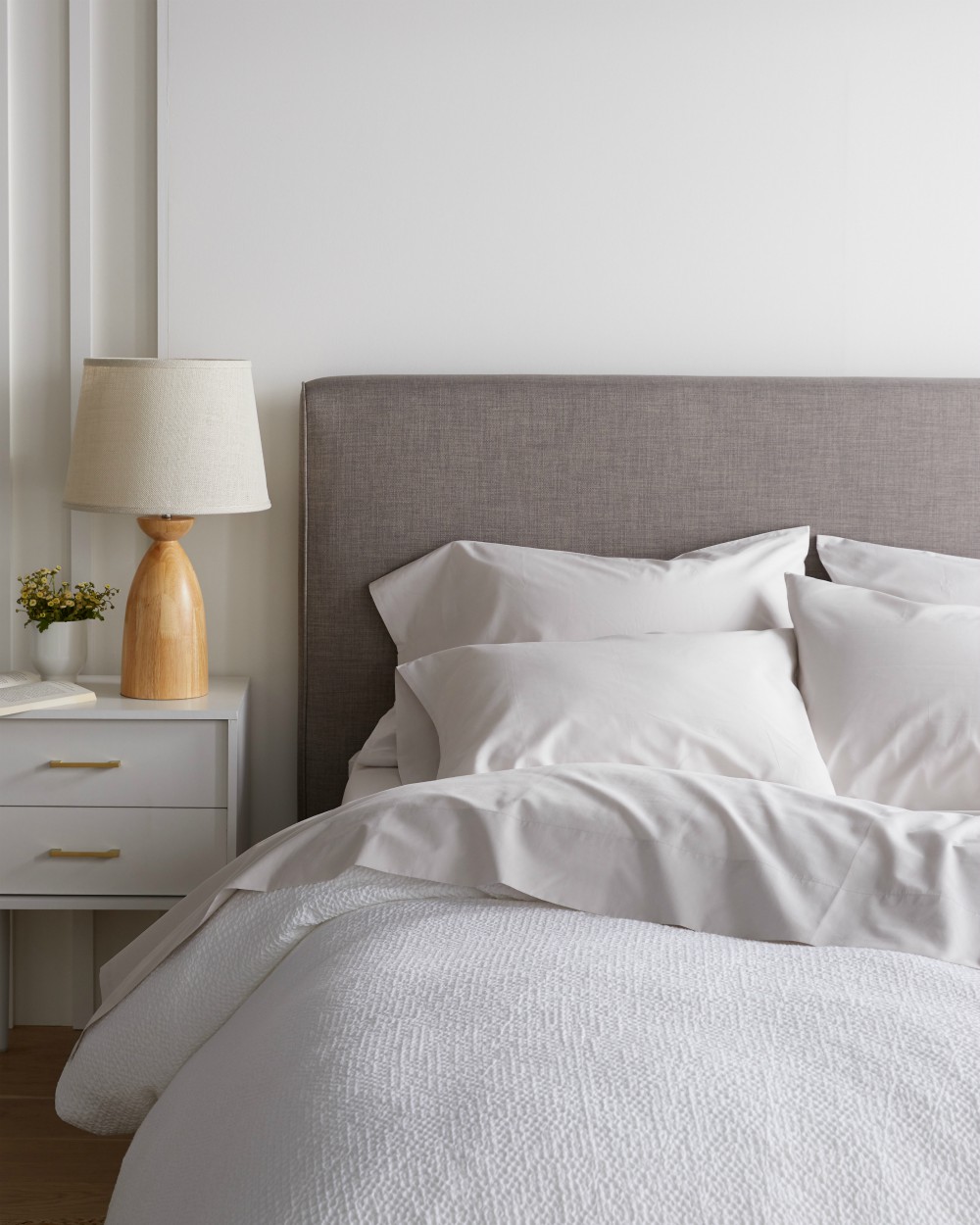 For many suppliers, the idea of marketing or even curating an assortment is intimidating, and Quince aims to alleviate the burden with its tech expertise. Customers are tiring of the concept of endless aisle, Gupta said, and sifting through pages of product can be more exhausting than freeing. Offering just a few essentials from each factory in a handful of color ways lifts the stress on both producers and perusers.

Factories have also adapted to the need to pick and pack individual items, like a single T-shirt or towel, with relative ease, though they were previously more accustomed to pulling pallets worth of product, Gupta said.

“Most factories have actually done a fairly good job building a ship station and being able to do the fulfillment,” he added, though in rare cases Quince relies on nearby third-party logistics partners to help get orders out the door. Quince’s order management systems aid the suppliers in back-end issues like producing shipping labels and connecting with carriers.

Quince also sought to build shipping into the cost of the products in order to simplify shoppers’ decision making, rather than hitting them with a hefty international shipping fee during the checkout process that could potentially deter a sale.

Each product page contains a breakdown of an item’s total cost, meeting shoppers burgeoning appetite for supply-chain transparency. The price of materials, labor, packaging, shipping and handling and credit card fees are all broken down, along with Quince’s markup.

While Quince isn’t exactly operating on an on-demand model, it is cutting out the sluggish steps that traditional retail takes to get a product into a shoppers hands also reduces excess inventory, Gupta said. Manufacturers have a direct line of sight into the products that are being bought by shoppers, and can react with much more precision. This strategy replaces creating large volumes of product that may end up languishing in a warehouse or distribution center for months on end, waiting to be bought.

“We can adjust and modulate, in real time, how many small or medium red sweaters we want on the production line itself,” he said. There are innumerable influences that impact a consumer’s decision to buy one product versus another at any given time, he added, and seeking to predict demand may not be the answer to meeting it.

“What you need is a much more responsive supply chain, and the MTC model is the future of retail, in our opinion,” said Gupta. “This is a revolutionary change in the way that things are being made.”