Carhartt has operated as a premier workwear brand for more than a century—and its latest patent suggests it won’t stop innovating in that space any time soon.

The brand was recently approved for a patent on a new technology it calls “Full Swing,” a design innovation that incorporates a “stretchy back layer” in certain Carhartt products to offer the wearer protection while maintaining mobility.

Carhartt said the new technology is able to maintain that blend of function and integrity in its outwear products by improving upon the traditional construction of the garments, usually a single, restrictive outer shell.

“This can bind, restrict or reduce the range of arm, torso and shoulder motion, particularly when the arms are raised, extended or bent,” Carhartt explained in a statement announcing the new patent. “What makes Full Swing unique is that it improves the range of motion through hidden panels in the back that allow stretch while still maintaining the integrity and function of the gear.”

The Dearborn, Mich., brand said that it started the production process for its Full Swing tech by collecting the opinions of hundreds of workers who had spent their lives in traditional outdoor workwear and were fed up with the limited range of movement caused by the thick fabrics commonly used in this category.

“Carhartt started as an innovation company 130 years ago when Hamilton Carhartt set out to build a better bib for railroad engineers,” Alex Guerrero, senior VP and general manager of global product at Carhartt added. “He talked to consumers, listened to their needs and set out to create comfortable, functional and durable workwear around their feedback. That same practice still exists today in our product innovation process; we are inspired by hardworking people every day and continue to bring the best product solutions to market. Our Full Swing technology is just one example.”

Why Quality Is Key to Fashion's Sustainability Debate 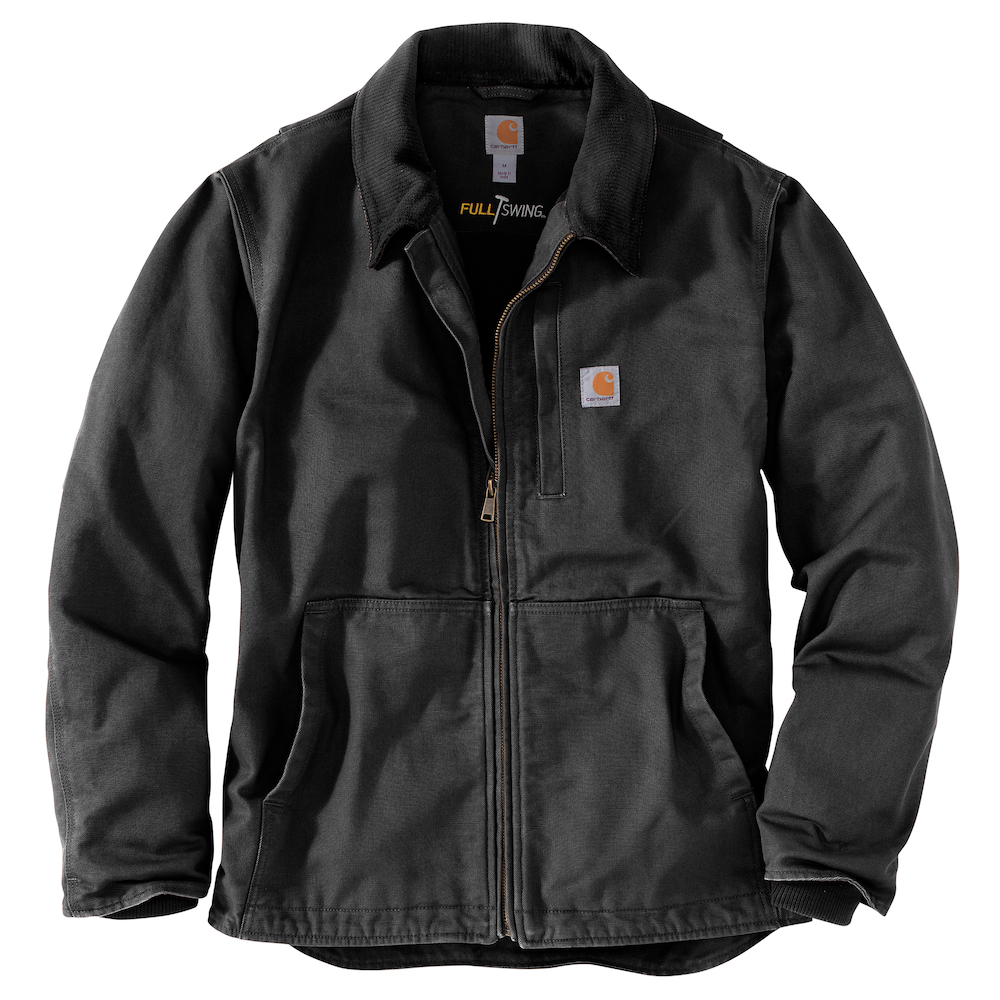 That feedback is also how Carhartt developed additional features for Full Swing products. Take, for example, the “Mighty Back” technology found in Full Swing jackets—a bi-swing stretch panel located between the shoulders. Carhartt said this feature should allow for faster recovery when moving, especially when combined with a stretch panel on the elbows dubbed the “Flex Elbow” that features articulated seams to reduce restriction on the arms.

Even the sleeves of Full Swing jackets are equipped with a feature Carhartt named “Freedom Gussets” to stop gradual ride-up.

Most of the work for the patent was completed by a team of seven designers and inventors. Although four of the designers worked in Michigan near Carhartt headquarters, three more participated from the brand’s locations in Kentucky and Durango, Mexico.