The hearing comes as H&M Group confirmed plans to sever ties over the next year with a mill associated with a textile producer that has been linked to Uyghur abuses. In a statement emailed to Sourcing Journal Thursday, H&M clarified that the Shangyu mill owned by forced-labor-linked Huafu Fashion Co, is not located in Xinjiang province but “supplies some of our suppliers with a specific yarn.”

“While there are no indications for forced labour in the Shangyu mill, we have decided to, until we get more clarity around allegations of forced labour, phase out our indirect business relationship with Huafu Fashion Co, regardless of unit and province, within the next 12 months,” H&M said.

Patagonia also announced plans to cease sourcing in Xinjiang earlier this summer as concerns over state-sponsored forced labor in China continue to mount.

Meanwhile, pending in the House, the act would impose various restrictions related to China’s Xinjiang Uyghur Autonomous region, including prohibiting certain imports from Xinjiang and imposing sanctions on those responsible for human rights violations there. The bill, which has bipartisan sponsorship, calls for goods manufactured or produced in Xinjiang to be denied entry into the United States unless CBP determines they were not manufactured by convict labor, forced labor or indentured labor under penal sanctions and reports such a determination to Congress and to the public.

FDRA: What to Expect With Retail Footwear Prices This Year

The National Council of Textile Organizations (NCTO) sent a letter to the chairs and ranking members of the House Ways and Means Committee and Senate Finance Committee on Thursday in support of congressional efforts to address China’s use of forced labor.

NCTO president and CEO Kim Glas wrote that congressional efforts are needed to address “China’s use of forced labor as part of a broad spectrum of unfair trade practices that disregard human rights and harm U.S. manufacturers and consumers.”

Certain Chinese apparel exporters “have clearly profited from the abuse and exploitation of this minority population,” Glas said, and that must stop.

Trade subcommittee chairman Earl Blumenauer (D-Ore.) said researchers and investigators have documented that the Chinese government is using forced labor in the production of all kinds of goods through a concerted program of oppression and coerced assimilation of China’s Uyghur and other Muslim minority populations.

Blumenauer noted that there already is a law on the books prohibiting imports of such goods, however, “the implementation of the U.S. ban on forced labor imports has been spotty,” he said. “The law had serious flaws, including a so-called ‘consumptive demand’ loophole that eroded the principled underpinnings of the prohibition by exempting goods made by forced labor if the United States could not produce those goods in sufficient quantities to meet consumer demand. The demand loophole was also a moral loophole. I was proud to work with my colleagues on this Committee to close this loophole in strong and bipartisan fashion five years ago.”

He and several others, including Cathy Feingold, director of the International Department of the AFL-CIO, said prohibiting the importation of goods produced by forced labor is now reflected in the U.S.-Mexico-Canada Agreement (USMCA), and should be art of any trade relationship, including with China.

“As both a sanction and as a tool to counter anticompetitive terms of trade, the U.S. forced labor import ban has an important role to play in addressing the Chinese government’s abuse of its Uyghur population’s human rights and rights as workers and that is the focus for our hearing today,” Blumenauer said.

He said enforcement is vital to an existing or future legislation, and “that’s certainly no easy task.” Blumenauer cited the Department of Labor’s annual reports that document the presence of forced labor conditions in more than 70 countries and in a wide and diverse set of goods. The ILO estimates 20 million people around the world are subjected to forced labor in the private economy, he added.

“In the nearly five years since closing the loophole, CBP has slowly increased its enforcement,” Blumenauer said. “Some positive steps have been taken, such as the ban on cotton from Turkmenistan in response to a state-sponsored program of forced labor. However, much more needs to be done.”

Despite the ongoing atrocities, “the Trump Administration has failed to take effective action to address these practices,” he said. Blumenauer noted that during negotiation of the Phase One trade deal with China, the administration “failed to even raise a single labor concern or raise concerns regarding the abusive treatment of the Uyghurs in China. That was a big, missed opportunity as an economic matter and a profound failure of leadership overall.” 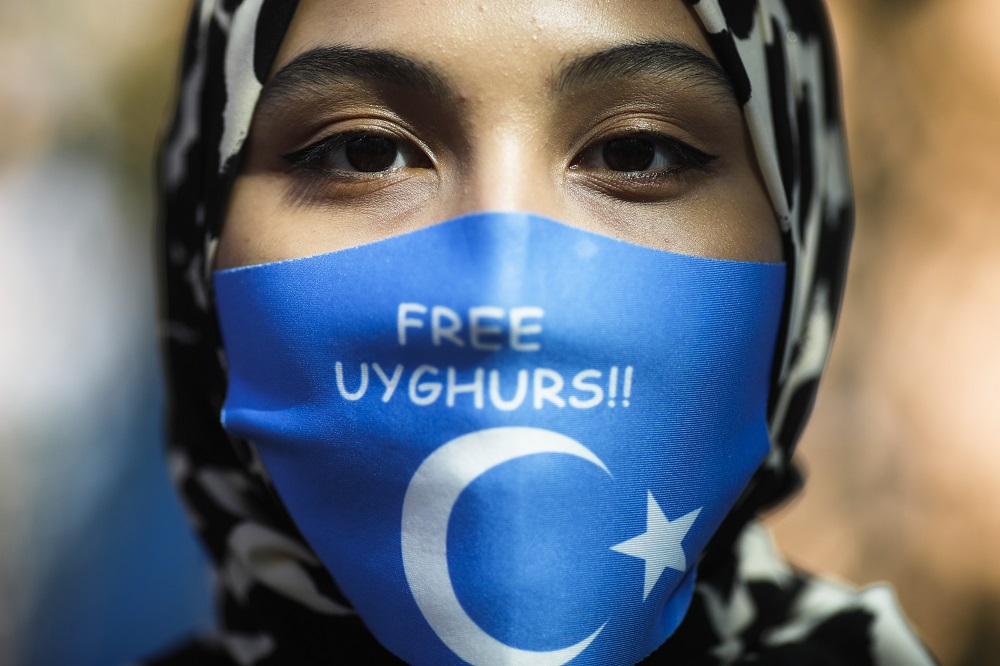 But action on forced labor requires more than government intervention.

“Businesses and brands that import products made with forced labor into the U.S. must also play an important role in removing these abusive practices from global supply chains,” he said. “Just because supply chains are complex and this issue is difficult, does not mean we can shy away from making necessary changes.”

Steve Lamar, president and CEO of the American Apparel & Footwear Association (AAFA), said at the hearing that the apparel and footwear industry remains committed to ending forced labor.

“The problem in XUAR is bigger than any one industry can handle, and requires sustained government to government pressure,” Lamar said. “The tools used to address the situation must be targeted, transparent, prospective, fact-based, and developed with the trusted industry partners that will ultimately enforce them.”

These actions should remain focused on the end goal of ending forced labor practices and the larger campaign of repression that it fuels, he said, by “ensuring that solutions involve the partnership of industry, NGOs, unions, Congress, the rest of the U.S. government and other governments.”

Lamar said AAFA has coalesced around a set of principles that highlight its “commitment and resolve to ending these despicable forced labor practices.”

They include making sure the entities named in this week’s WROs are not connected to member supply chains. AAFA also provides crucial intelligence to CBP to improve enforcement efficacy.

“The problem in XUAR is bigger than any one industry can handle,” Lamar said. “Much is written about the economic leverage of the apparel and footwear industry and its ability to influence the Chinese government. I wish these assertions were true, but they are not. The situation in XUAR is of a scale, scope and complexity that is unprecedented in modern supply chains. Moreover, forced labor, as horrendous as it is, is only one component of a much larger campaign of repression. These are state-sponsored programs and they are extensive. They require state-sponsored solutions. We can only end this terrible situation through sustained government to government pressure that is led by the U.S. government and involves our allies and all stakeholders.”

In addition, he said to be most effective, WROs and other sanctions tools need to be targeted, transparent, clearly articulated, prospective and developed with the trusted industry partners that will ultimately enforce them.